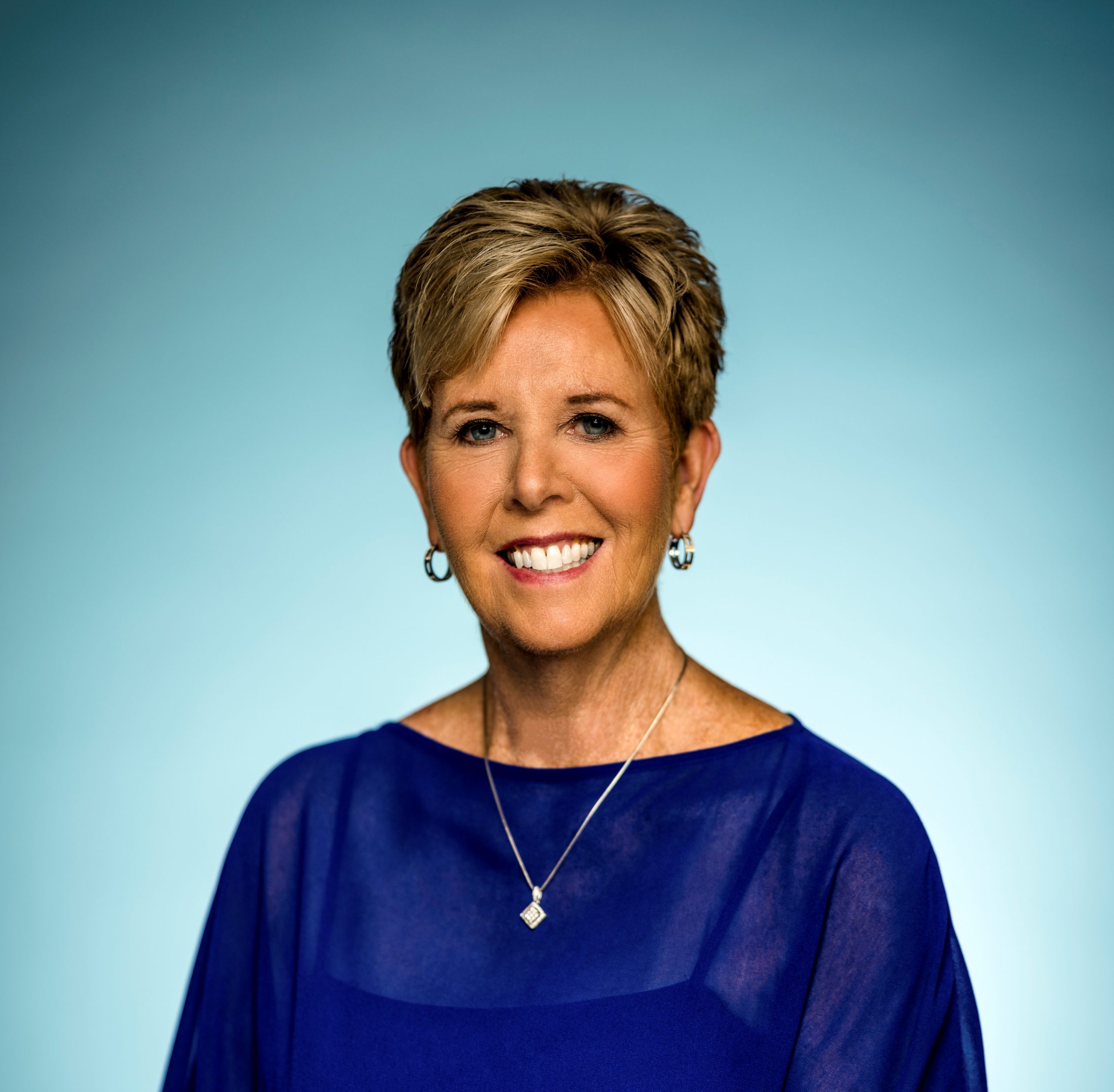 The life of the CEO and president of the YMCA of South Florida has been infused with community development—and playing hoops.

“I was a little tomboy,” readily concedes Sheryl Woods, the CEO and president of YMCA of South Florida.

Woods played basketball as a kid, from the ages of 10 to 13. “Mom died when I was 9, but my dad, brother and sister were the best family structure, a strong family. Today, I am proud to say I was a tomboy—I still am, I guess. Back then, it was a bad word but I didn’t understand that yet as a kid. I negotiated with my dad for a basketball hoop in my driveway.” He hated the idea, but the young athlete played day and night, even asking for spotlights on the garage to play at night. “My dad would have to make me stop each night to go to bed because the neighbors were complaining about the ball bouncing late at night,” she says, “but I told him I was going to play in high school and college. Back then, Title IX was slow to have an impact on women’s sports, but I played high school ball as starter on the team as a sophomore. Dad was not a sports guy at all—he knew none of the rules, but he never missed one of my games. There’s an incredible love between dad and daughter that remains a lifetime.”

Woods’ love of sports has likewise lasted a lifetime, and she is quick to describe how that predilection paid off in her education and career fulfillment. Having grown up in a blue-collar family in Ohio, Woods won a basketball scholarship to a small Catholic college before upgrading to the University of Idaho, where she earned her bachelor’s degree in social science. She continued at University of Idaho for graduate school, notching a master’s degree in physical education and sports pedagogy.

Within a few years (during which she spent teaching at the University of Oklahoma), the YMCA took hold of her life—or she took hold of it. Her résumé constitutes a litany of roles and locations within the organization, starting with membership director of the YMCA of Greater Oklahoma City in the late 1980s to a series of positions in Florida for more than the last two decades. The move to Sunshine State was all about opportunity: “I couldn’t grow anymore,” she recalls, “and I had the option to apply for jobs anywhere.”

She landed in Orlando, taking YMCA jobs of increasing responsibility and cachet, before heading to South Florida. Woods has held her dual C-suite role for the last seven years (after a long tenure in an analogous roles in Broward County and Greater Miami). “Anything is possible with a little hard work,” she reflects now, adding that “being successful was like a drug for me, and I just wanted more of it. When I accomplished something that a lot of people typically can’t accomplish, then you’re like, ‘Hey, I can do that.’ So that just became part of my DNA.”

What that success meant to Woods was “the power of leadership and how that can have a positive influence and can lead to positive outcomes for people, for little children.” And success to Woods also means efficiency: “I’ve always had operational success,” she says, “I always ran the YMCA like a business. No money, no mission. I’m obsessed with making sure we’ve got efficiencies and that we’re streamlining and that we’re looking at our return on investment, and that we’re leveraging resources. I try to put together partnerships and collaborations. As we continue to do that even to this day, it inspires me, because in our community in South Florida, people want affordable programs and services.”

The numbers speak to that need, and the growth that Woods has overseen: When Woods moved to South Florida in 2005, the YMCA was a $10 million organization with roughly 600 employees. Before the COVID-19 pandemic hit, the YMCAs of Broward County and Greater Miami had merged, and she was at the helm of a $60 million business employing 1,800 people. The seven-year-old merger, as she describes it, was one of those rare instances where egos were put aside to serve the greater good.

For all those impressive numbers, Woods is quick to put a human face on her vocation. She is passionate about making sure children learn to swim. She is haunted by the grief of families who have lost children to drowning. “I’ve interviewed families and I know that drowning impacts all kids, regardless of color, race or economic status,” she says, recalling tragic, indelible memories. Woods remembers a 19-month-old girl named Em. Her mother left her in a gilder while she put groceries away, then left the room for a moment to speak to her husband. Upon returning, Em wasn’t there. Her mother searched the home before going out- side. She found Em in the pool, where the family had played earlier in the day. “‘That is when my world stopped,’ she told me,” Woods remembers.

A 12-year-old went to school birthday party, went into the water and did not know how to swim. “Another 12-year-old witnessed this horrific incident,” Woods says. And then there was the boy who survived water submersion but became brain damaged, and is in a wheelchair. His family had been nearby but did not realize what had happened until it was too late.

Woods says that the deaths of children are devastating to a family, stating the marriages rarely survive such a loss, and the impact on siblings is unfathomable. “As far as black children, horrific statistics; 64% have little or no swimming ability,” Woods says. “Parents don’t know how, so there’s only a 13% chance the child will learn how to swim.” She notes that three children die of drowning every day, and that Broward and Miami lead the nation in the number of kids who drown. “During COVID-19, more kids died from drowning than in previous years, yet the parents were home. How sad is that?”

Woods explains how the Y turned these awful stories and statistics into a robust platform to educate parents. “I am on a crusade to lower these incidents in South Florida,” she says. “We created a mobile aquatic program. We go into communities to provide swim instruction and parent education.” The YMCA promotes free swim lessons to kids during spring break and launched a drive to outfit kids with swimsuits because so many were showing up for lessons without them.

“I have also the same kind of stories about our veterans,” Woods continues. “Needless to say, the Y does a lot with veterans and we have breakfast to honor them each year. As a Y leader, this is the beauty of my job—I have a chance to make a difference. I listen to a story and believe I can use the Y as the platform to create awareness.” She describes her role as “an entrepreneurial leadership opportunity as a CEO—the best job ever because I am making a difference in the lives of all people. My job is my hobby.”

Woods says that experiencing a day at the Y is to witness days stocked with activity and learning. “When I take people on a tour, I always encourage them to close their eyes, and imagine and listen to the noise that’s going on in the building,” she says. “There are moms and children walking in and out, there are active older adults coming and going, you can hear the splashing of water in a swimming pool, you can hear children giggling as they’re walking through the hallway or in a program, you can hear sneakers on a basketball court. You see a lot of fellowship, a lot of socialization, a lot of friendships that are created.”

Woods is especially proud of how the facility combats the isolation that seniors often experience: “We become that place to take a water exercise class, or just sit in our lobby drinking coffee. We used to say that the most important piece of equipment in our building is our coffee pot, because that’s where people go, they gather and they spend most of the morning with us.” Meanwhile, the teenagers who come in after school represent a whole different population and set of interests and needs. “We’re providing a safe place for those kids,” she says, “organized programs, a sense of belonging.”

The fact that the Y is open seven days a week, 16 hours a day, means that it functions as a reliable and safe haven—for everyone. “The thing that makes us very special is that all the people who I’ve just described—you don’t know who is one of the wealthiest and who is one of the less fortunate,” Woods says. “We make everyone feel welcome. The Y provides financial assistance to ones who can’t afford it, and it’s important to us, when you’re working out on the treadmill, that you don’t know who is and who isn’t on financial assistance. You just know that they’re a human being who deserves the opportunity to be there.”

And the “there” that Woods is referring to is brand-new: the L.A. Lee YMCA/Mizell Community Center will impact more than 10,000 people per year and include a preservation of the history of the community and previous L.A. Lee YMCA. The building is expansive—65,000 square feet—and, of that, YMCA traditional programs will take place in about 25,000 square feet. The rest of the facility is designated for Broward College, retail, meeting space, and other features to serve the community.

The YMCA went right to the community and asked them about their preferences for the new center. “We sat with a group of community people, literally, the guy who lives across the street and person who attends church in the neighborhood,” Woods recalls. “We said, ‘We need to build a new Y. What would you want in it? What is important to you?’ ”

The answer: health and wellness. “This is a community that has some of the most intense disparities of health, from cardiovascular disease to HIV to high blood pressure, you name it,” Woods says. After that, the list was long, and included educational and job support, performing arts and activating the streets. The community center houses a preschool, a swimming pool and retail to foster economic development and make the streets safer and livelier. Even the retail is curated will an eye toward wellness—look for a smoothie bar and what Woods calls “a food hub, giving our community access to healthy fruits and vegetables because this is a food desert. And this is just the first floor.”

The upper floors will contain a 200-seat black-box theater and a 10,000-square-foot space for Broward College, focusing on continuing education and certification programs. And, of course, the community center will be home to all the expected YMCA amenities, with one that’s especially close to Woods’ heart: “It’s probably the prettiest basketball court I’ve ever built.”