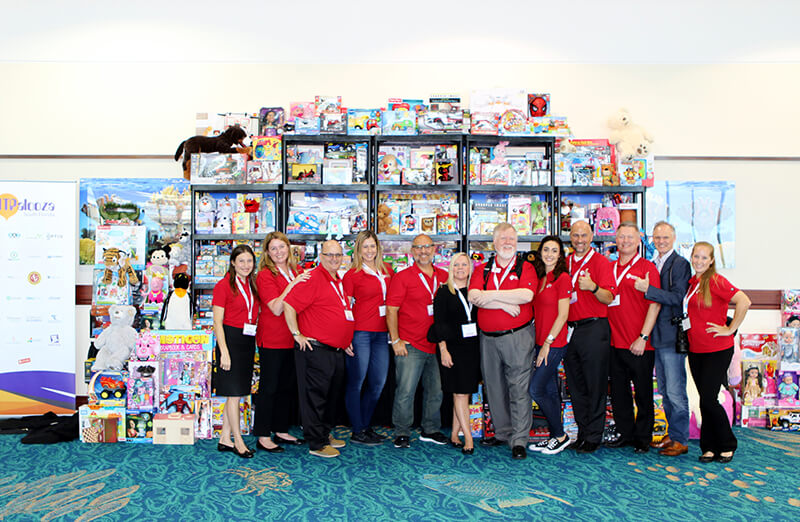 IT Palooza took another big step to reinforce South Florida’s reputation as a technology center, with 1,200 attendees and 85 sponsors at December’s annual gathering, which moved to the Greater Fort Lauderdale Convention Center.

Attendees were able to take one of 12 different educational tracks, says Tammy Kennedy, who is the 2017-18 president of the South Florida Technology Alliance, which supports the show. Some of the material, such as four packed sessions about agile project management, provided appeal that went beyond technology companies.

“Content is king. We knocked it out of the park,” she adds. Moreover, “among the panelists and moderators, 98 percent were all here from our own backyard—all C-level executives. The fact that we had so many execs and great information and people getting together for IT Palooza was truly amazing.”

Altogether, it fit the alliance’s mission: “Learn, connect and grow.”

Among the high-profile speakers was Tom Conophy, executive vice president and chief technology officer at AutoNation, who discussed the importance of letting people be creative and forward-thinking. “He beats to his own drum,” Kennedy says.

The Chewy.com team, including VP Steve Cooke, second from right

The Two Degrees team, including founder and
CEO Steven Fleisher, center, who was a keynote speaker

Rick Sebaly, the alliance board member who managed the event, says Conophy shared a story about getting a job offer from a company that wanted him to cut his hair. “He said, ‘I had the offer at the company I want, but they want me to cut my hair. That’s not who I am, so I said no,’ ” Sebaly recounted.

CareCloud founder Albert Santalo also was inspirational, Kennedy says. Santalo offered real-life situations and talked about the hard work it took to achieve success. “People admire somebody like him because they want to be like him. It gives other startups in our community hope,” she says.

For information about the alliance and upcoming events, including a talent festival, an IT expo and an augmented-reality gathering, visit southfloridatech.org. ♦