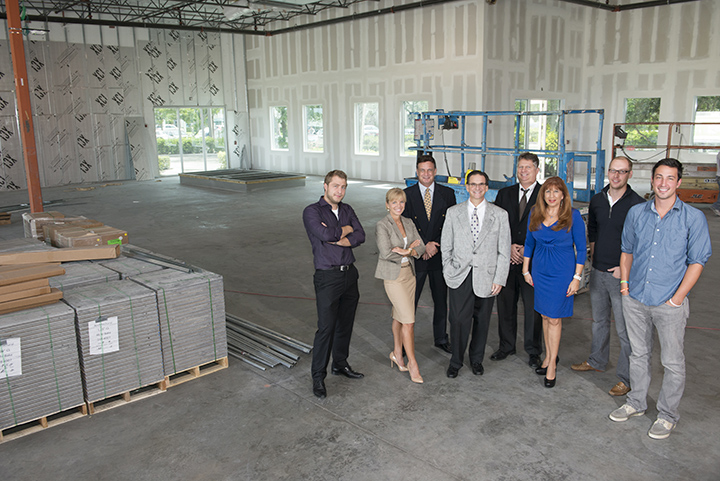 The mentoring program developed by the Massachusetts Institute of Technology is landing in South Florida.

FAU is paying MIT to get training on utilizing its Venture Mentoring System and reaching out to the region’s business community to be mentors.

“FAU Tech Runway takes the best from a research university and the best practices from an accelerator, puts them together, and makes a unique experience for entrepreneurs, says Kimberly Gramm, director of FAU’s Adams Center for Entrepreneurship and CEO of Tech Runway. She was instrumental in developing the Tech Runway concept – ranging from a conceptual white paper down to the light bulb logo with a jet inside.

Tech Runway’s name was inspired from being adjacent to Boca Raton Executive Airport, which is along I-95 on the west edge of the campus.

Tech Runway, which received $1 million in funding from the legislature and $3 million from the university, adds to an increasingly vibrant startup and entrepreneurial ecosystem in South Florida.

Among the programs are eMerge Americas, The Launch Pad at the University of Miami, Startup Miami, Venture Hive, the Broward College Incubator and the FAU Research Park, which is just across the road from Tech Runway.

The success of these programs is vital to diversify the region’s economy, which has repeated cycles of booms and busts because of an overreliance on real estate and tourism.

Tech Runway will start with five businesses, but is designed to handle 40 when it is fully funded. Gramm says Tech Runway will seek $3 million in legislative funding in the upcoming year to fully build out the program. Anthony Barbar, chairman of the board of trustees, and Dennis Crudele, a VP who served as interim president, played key roles in helping convince legislators to initially fund the program, Gramm says.

While the program is based at the university, application is open to entrepreneurs throughout the region. Tech Runway will have a symbiotic relationship with the university, such as commercializing research or using marketing students” expertise to help support a tech venture.

Each Tech Runway startup will get a team of about five coaches, who will help the entrepreneurs set mutual goals, Gramm says. The university will keep the mentors” motives pure by prohibiting them from having a financial stake in the startups.

Some of those mentors will be MIT graduates because about 20 MIT alumni talked to Gramm after she spoke about Tech Runway at the eMerge Americas conference in Miami Beach earlier this year. The MIT Enterprise Forum of South Florida is already active in encouraging entrepreneurship in the region. Gramm has a team of three to handle the administration of the program, so the mentors don’t have to worry about that.

Success will be measured by how much money the companies raise, the number of jobs created and the number of interns hired. Tech Runway will publicize and promote the companies, such as via blogs, and help them make connections to angel round financing.

Florida, in general struggles, against other states in early stage funding. Silicon Valley, New England, New York and Los Angeles hold the top four venture funding slots in the PWC MoneyTree year-end report, which helps explain how their economies can stay vibrant by creating high-paying jobs even though those areas are regarded as having higher taxes than Florida. Florida is lumped in with the rest of the Southeastern U.S. at seventh on the list.

The goal of Tech Runway is to create 120 to 200 new high wage jobs a year, Gramm says. This would also provide rippling effects of business for attorneys, CPAs and other professionals.

One of the obstacles to recruiting new companies to South Florida is business leaders fear that education here isn’t as good as other areas, Gramm says, echoing a viewpoint many business leaders have voiced. Tech Runway will help fight that notion and literally be at FAU’s new front door when a new I-95 exit is completed on Spanish River Boulevard.

Tech Runway is housed in a former Aluma Glass manufacturing plant, which has a large warehouse space that was filled with workers building it out recently. The high ceilings will provide plenty of flexibility whether it’s for machinery or the installation of mezzanine flooring.

The building also will have 10 spaces for satellite offices of businesses that aren’t part of the entering class. For example, some of the space is already being used by Scott Adams, the namesake of FAU’s entrepreneurship center. Adam gained fame for growing Hiway Technologies into the world’s largest web hosting company. (Adams also was part of the South Florida Technology Alliance’s 20th Anniversary of the Web event, which is featured in this issue of SFBW.)

Gramm says other entrepreneurs can support Tech Runway by recommending the program to promising startups, being a mentor or being members of a Founders Circle that would help fund a planned $10 million Tech Runway Fund. The business community can also help lobby members of the legislature to make sure it keeps going.

Gramm says she is ready for the challenges to keep Tech Runway aloft. She says, “We have to validate our concept just like a startup to keep going.”

BedaBox uses a dashboard application to help people all over the world buy anything they want (from a shirt to a boat) in the U.S. with any currency, even BitCoin, and receive it at their location. BedaBox also serves expats by giving them access to their mail by confidential document scanning and package forwarding.

Design Comfort Shoes wants to revolutionize the women’s shoe market with a patent-pending high-heel shoe redesign. One submarket is women who have bunions – more than 50 percent of all women according to the American Academy of Orthopedic Surgeons. The company has completed all R&D, prototype development, sample creation and testing. A spring launch is planned.

Modulux has patent-pending technology to offer more light with less power. The company has engineered, filed patents, and commercialized LiteBlox, a versatile and scalable portfolio of LED lighting fixtures called “luminaires.” The commercial market is a main target.

Stand4 is a mobile app that automatically records your movement – and for every 2,000 steps makes an advertiser supported donation to the cause you stand for. Everything that comes as a result of your stand is showcased and compiled on your profile page; giving you the ability to see the lives you’ve touched, problems you’ve helped solve, and overall impact you’ve made. Non-profits get a higher level of engagement and funding.