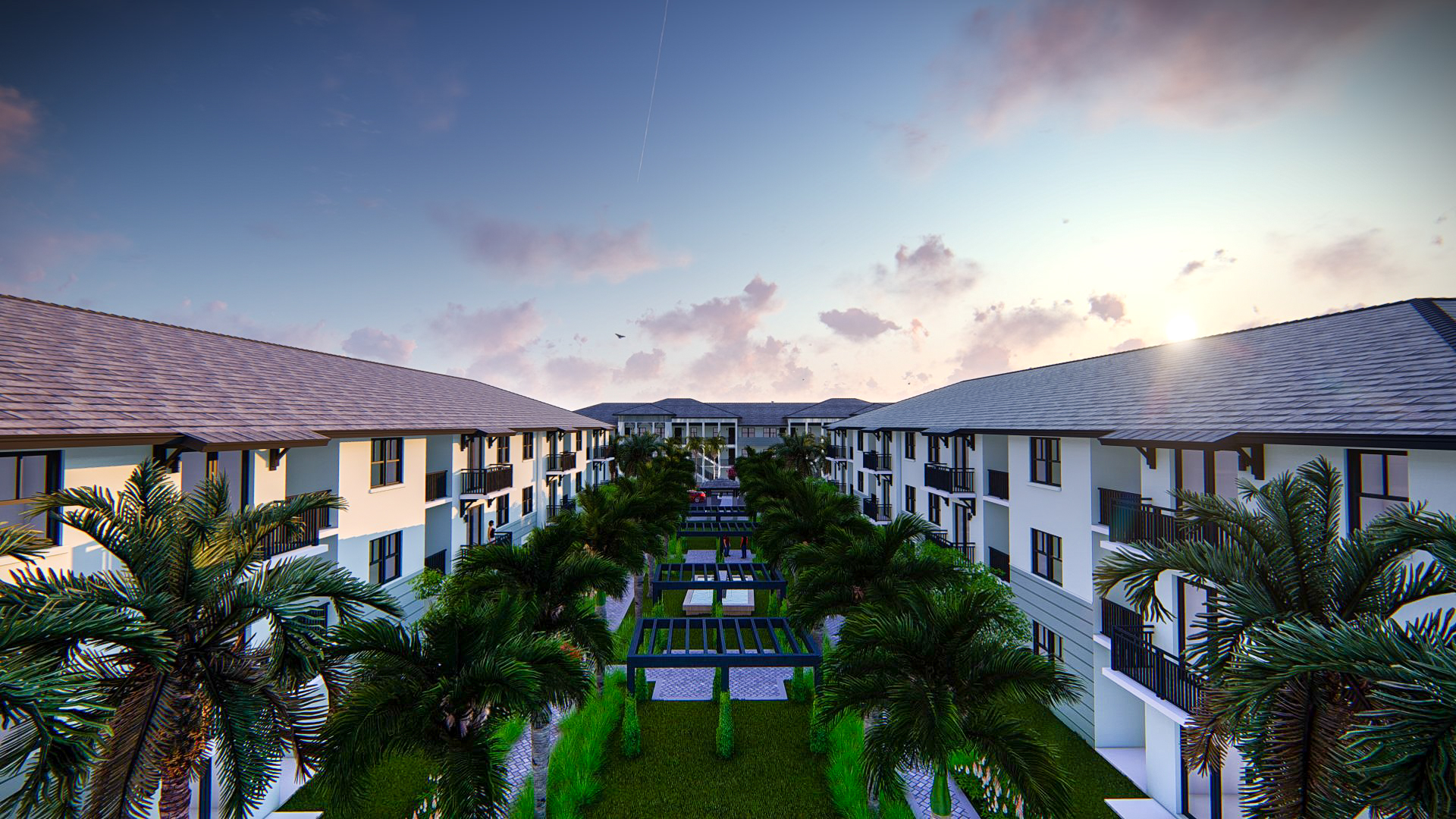 The companies announced today that they have broken ground on 27-acre multifamily development Natura Gardens, garden-style rental apartments. Located at NW 170th Street between I-75 and Florida’s Turnpike, the development is inspired by the area’s natural surroundings, which will be complemented by lush landscaping, walking/running trails, open lawns, lakes and preserves.

The 460 units range from one- to three-bedrooms, measuring between 727 and 1,476 square feet in size. Residents will enjoy amenities such as two-story clubhouse with a resort-style pool and spa; a media room, game room and kids playroom; a children’s tot-lot play area with recreational equipment and electronics charging stations; a state-of-the-art fitness center with yoga, aerobics and spinning studios; co-working spaces and a coffee bar; and a residents-only dog park with site furnishings.

Terra and New Valley purchased the site from Prologis for $52 million in December 2019 with plans to build up to 1,400. Since then, the companies have decided to build one phase, selling the remaining two parcels to developers interested in the site. A sale of 45 acres to Butters Construction & Development and Greystar for $53.5 million is currently being completed.

“Northwest Miami-Dade is experiencing a surge of demand for new residential and commercial development, which is why we initially zeroed in on this parcel as a prime development site,” said Terra CEO David Martin. “Shortly after our JV announced plans for Natura Gardens, we were approached by several developers that shared our vision for bringing new housing options and infrastructure to this part of the County, and that opened the door to selling our originally planned second and third phases of the development site to Butters and Greystar. This is a good example of how forward-looking development that meets market demand can serve as a magnet for new investment in underserved areas.”

Natura Gardens is designed by Pascual, Perez, Kiliddjian Architecture. Vertical construction will begin in the spring with delivery anticipated for early 2022.