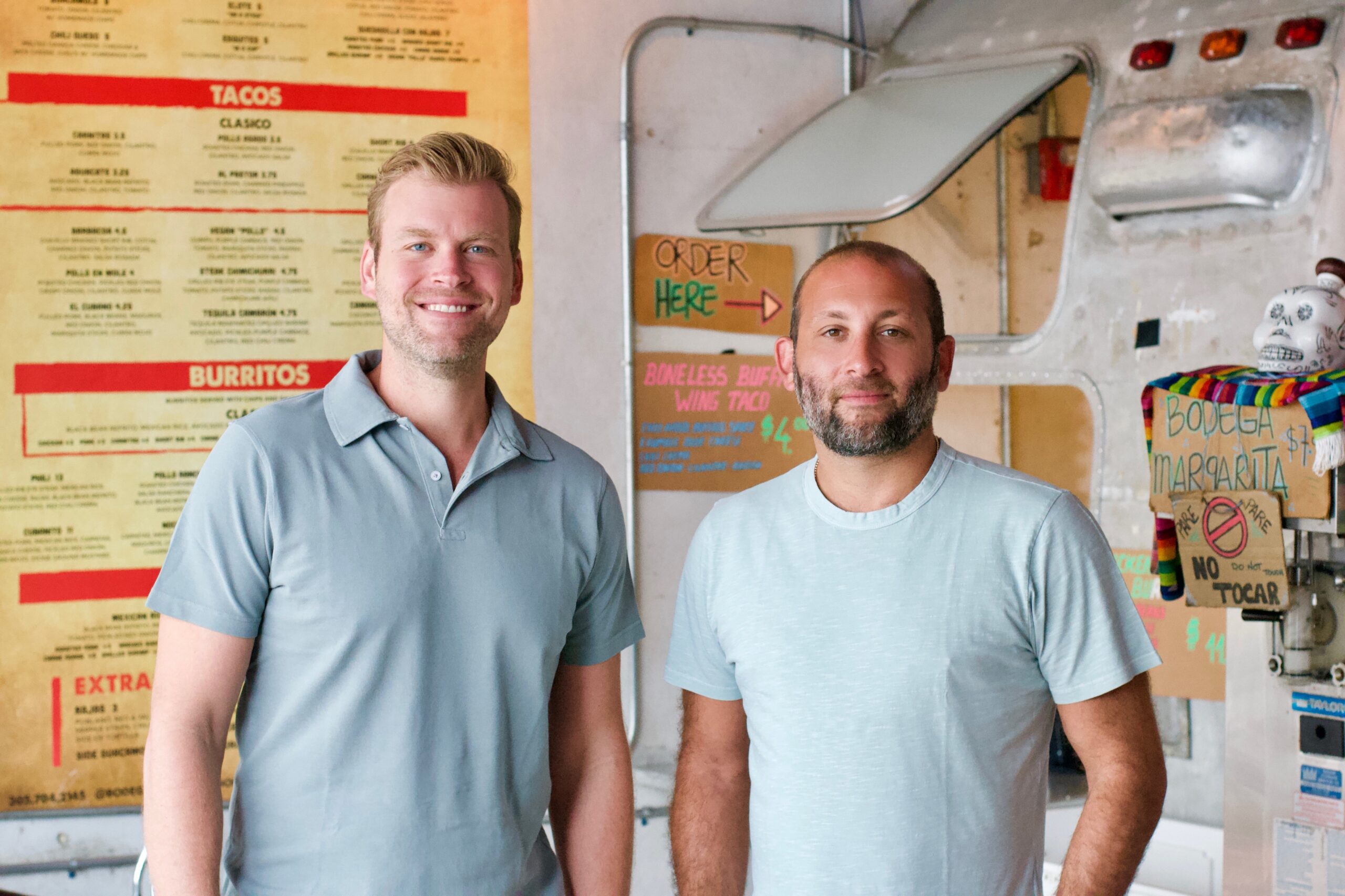 The Business of Tacos

It’s a little hard to imagine it now, but when the first Bodega Taqueria y Tequila opened in 2015, the owners worried it might not work at all. The rough-around-the-edges hotspot today remains a staple of South Beach nightlife, lauded by GQ, Huffington Post, and InStyle and is packed, most nights, with locals and visitors alike. But, back then, authentic, casual Mexican cuisine was not yet a proven concept in the area.

“The first night, a couple of hours in, it wasn’t that busy,” says Jared Galbut, co-founder and president of Menin Hospitality. “We thought, ‘Don’t worry about it, we’ll have a little party.’ It got a little busier throughout the night. And we were happy with it. But then the next night we had 1,000 people waiting outside—and it hasn’t stopped. It’s just been really successful.”

The formula—excellent drinks, high-quality tacos (punched up, here and there, with Cuban flair), a lounge in back, and an Airstream food truck parked inside—suited the moment. A satellite at the American Airlines Arena proved so popular that there are now four outlets in the venue. And now Galbut and principal Keith Menin have embarked on a bold expansion across South Florida.

A second Bodega Taqueria y Tequila opened in Fort Lauderdale late in 2020 (the licenses had come through just as the pandemic hit); buildout has begun on locations in Coconut Grove and West Palm Beach. Next will come restaurant-only outlets in Aventura and Wynwood. While the overall plan had been formed before COVID hit, Galbut says they weren’t slowed down.

The menu, by chef Bernie Matz, proved well-suited for delivery (the South Beach location was doing more than 200 orders a day this spring, and Fort Lauderdale 100, on top of takeout and onsite business) and a mini-slowdown in the real estate market actually encouraged moving forward.

“When all this first happened, and a lot of people were going out of business, we were nervous, obviously,” he says. “But I don’t know if we would have moved as fast as we did if it wasn’t for the pandemic.”

Founded in 2005, Menin Hospitality has longtime roots in South Florida. Galbut and Menin are nephews of prominent developer Russell Galbut, and the pair (now 40 and 38, respectively) typically spent summers working in the family’s properties. “I feel like we’ve always been in business together,” Galbut notes. After college, Menin developed Sanctuary, a boutique hotel, and Galbut assisted. Next, in Chicago, came The Rafaello, another smallish hotel. Galbut moved north, focusing on operations and eventually becoming GM. The pair eventually started a management company, with Menin focused on branding and design and Galbut handling more of the day-to-day. Galbut returned to Miami to help open The Shelborne and Bentley hotels in South Beach, and almost as an afterthought they opened Pizza Bar, at 16th Street and Collins Avenue, in 2009.

“We’ve had it for 10 years now, and we’ll probably have it 20 or 30 more,” Galbut says. “As we were running that we got an opportunity to open a bar called Radio, on First Street. At that time, we weren’t really into the food and beverage—we were hotel operators—but we brought in some people on the creativity side and it just took off.” A second Pizza Bar opened this October.

The successes got the pair thinking they “should push a little bit,” Galbut says. Bodega’s signature alchemy was really ignited when the pair found a building that spoke to them. “Down on Alton, there was an old glass and mirror cutting and installation warehouse. We walked up and the entire street was torn up and looked like a war zone. But there was so much residential in the area and we thought, ‘Well, we’re crazy enough. We want to do something cool here.’ ”

Though the forthcoming locations don’t all share that level of patina—the Wynwood outpost will be on the first floor of the new Society residential building—the entrepreneurs say that the feel of a location trumps all other concerns.

“We know we need square footage but it’s not, ‘Yeah, that box will do,’ ” Galbut says. “It could be a little off the beaten path, too. The Coconut Grove location is a freestanding building, probably built in the ’50s or ’60s. It had been a restaurant over the years and had other uses. It was a little rough, and brick, and we thought, ‘This is it.’ In West Palm, we looked at a bunch of retail spots, but one day we were just walking and saw a restaurant that had paper in its windows. Brick, with beat-up black balconies and a mirror on the wall, and I said, ‘That one.’ I called the broker and they had a restaurant guy already leasing it, and I said, ‘Great. I’ll take it.” And he said, ‘No, no. I just told you we’re leasing it.’ And I said, ‘Great. I’ll take it.’ For the Bodega concept you really have to feel the building when you walk in. You have to feel you can create something special.”