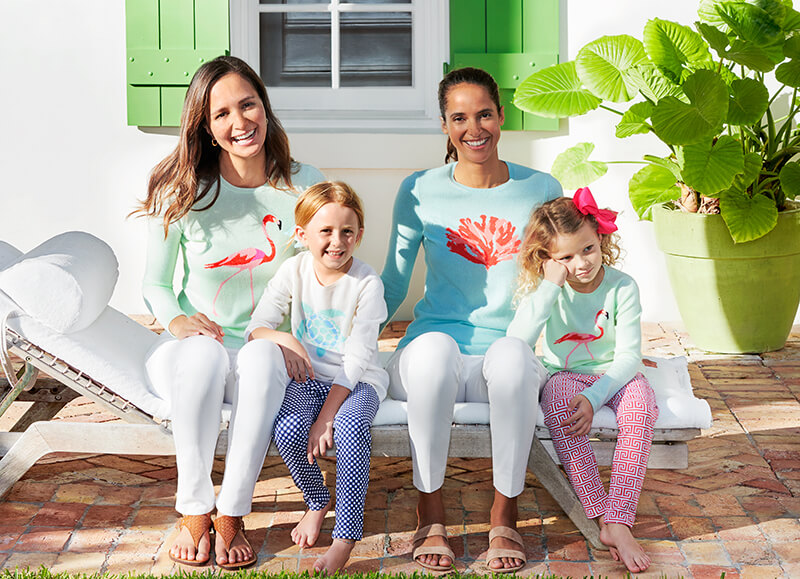 Roses that Last
Deborah Gregg loved fresh flowers so much that she winnowed fading arrangements down to ever smaller arrangements. Now, her arrangements can last nearly a year with roses from Luna Rosa Reserve, a Coral Springs company she and her husband, Michael, developed. Luna Rosa takes high-caliber roses from Ecuador and puts them through a special preservation process that removes the sap. Prices at LunaRosaReserve.com start at $39.

Sweaters with a Cause
It’s summer in Florida, and time to break out sweaters—for our chilly air-conditioned interiors. This time you can do it with style and serve a good cause. Clothier J.McLaughlin has a partnership with the Everglades Foundation, which gets 20 percent of the proceeds from a limited edition of cashmere sweaters with Florida icons. Prices start at $168 on jmclaughlin.com.

The Next Lincoln Road
Kimpton Angler’s South Beach is helping lead a revitalization of Washington Avenue. LBL Group, led by brothers Marc and Eric Lawrence, purchased the 47-suite hotel and a vacant parcel next door, where a new 85-suite addition was expected to open June 1. The hotel has undergone a full redesign by NicoleHollis of San Francisco. The nearby Clinton Hotel opened after a renovation last fall, and a host of developers are planning projects along the street.

Filling the Food Desert
The western area of Fort Lauderdale’s Flagler Village has plenty of art, but where do you eat? JEY Hospitality Group (Rok:Brgr, Himmarshee Public House and Pizza Craft) has come to the rescue with Henry’s Sandwich Station, 545 NW First Ave. The sandwiches take inspiration from fare in Los Angeles, Montreal and Philadelphia, and the coffee comes from Stumptown Coffee Roasters of Portland, Oregon. The name of the restaurant along the Florida East Coast Railway tracks is an homage to industrialist Henry Flagler, whose railroad helped open South Florida for tourism.