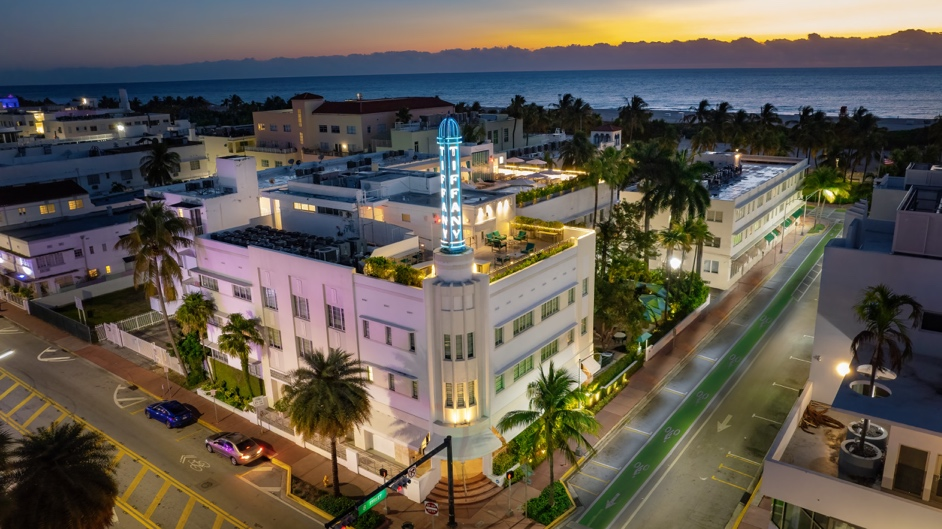 To celebrate the life of renowned developer Tony Goldman, Goldman Properties renamed its signature Art Deco property, The Hotel of South Beach, to The Tony Hotel South Beach, as a tribute to the tenth anniversary of Goldman’s passing. Goldman was a developer with the vision behind iconic neighborhoods such as South Beach, Wynwood, SoHo and Center City in Philadelphia. In 2021, he was inducted unanimously into the Miami Beach Hall of Fame for his contributions to the city. The renaming will be joined by a legendary South Beach restaurant reopening—the famed News Café, once frequented almost daily by the late fashion designer Gianni Versace.

“Tony Goldman was an entrepreneur, historic preservationist, romantic and sensitive developer, restaurateur, hotelier and patron of the arts,” Scott Srebnick says, Goldman’s son-in-law and CEO of Goldman Properties. “Renaming the hotel that Tony restored in his honor is a fitting tribute to his legacy. He imagined South Beach to be the American Riviera, with sidewalk cafés, hotels, music, and languages spoken by people from all corners of the world. Reintroducing the hotel as part of a new South Beach renaissance is the best way to honor Tony’s memory and enhance the area’s rich history.”

Initially built in 1939 by master architect L. Murray Dixon and reimagined in 1998 by American fashion designer Todd Oldham, The Tony Hotel South Beach, 801 Collins Ave., offers the classic South Beach retreat in an intimate setting. The property features 1930s Art Deco architecture, including its landmarked “Tiffany” spire sign and an ocean-view rooftop pool. The boutique hotel spans two buildings along Eighth Street, fronting both Collins Avenue and Ocean Drive, with 74 rooms and suites adorned in rich colors, shapes and textures that highlight and pay homage to its historic neighborhood. All rooms are now equipped with brand new 55” TVs, mini-fridges, and high-speed WiFi. The new, elevated version of The Tony brings the establishment “back to the past but also into the future”—a Goldman Properties principle. The nostalgia of the past is embodied in Tony Goldman’s 1932 Packard parked out front of the hotel on Ocean Drive.