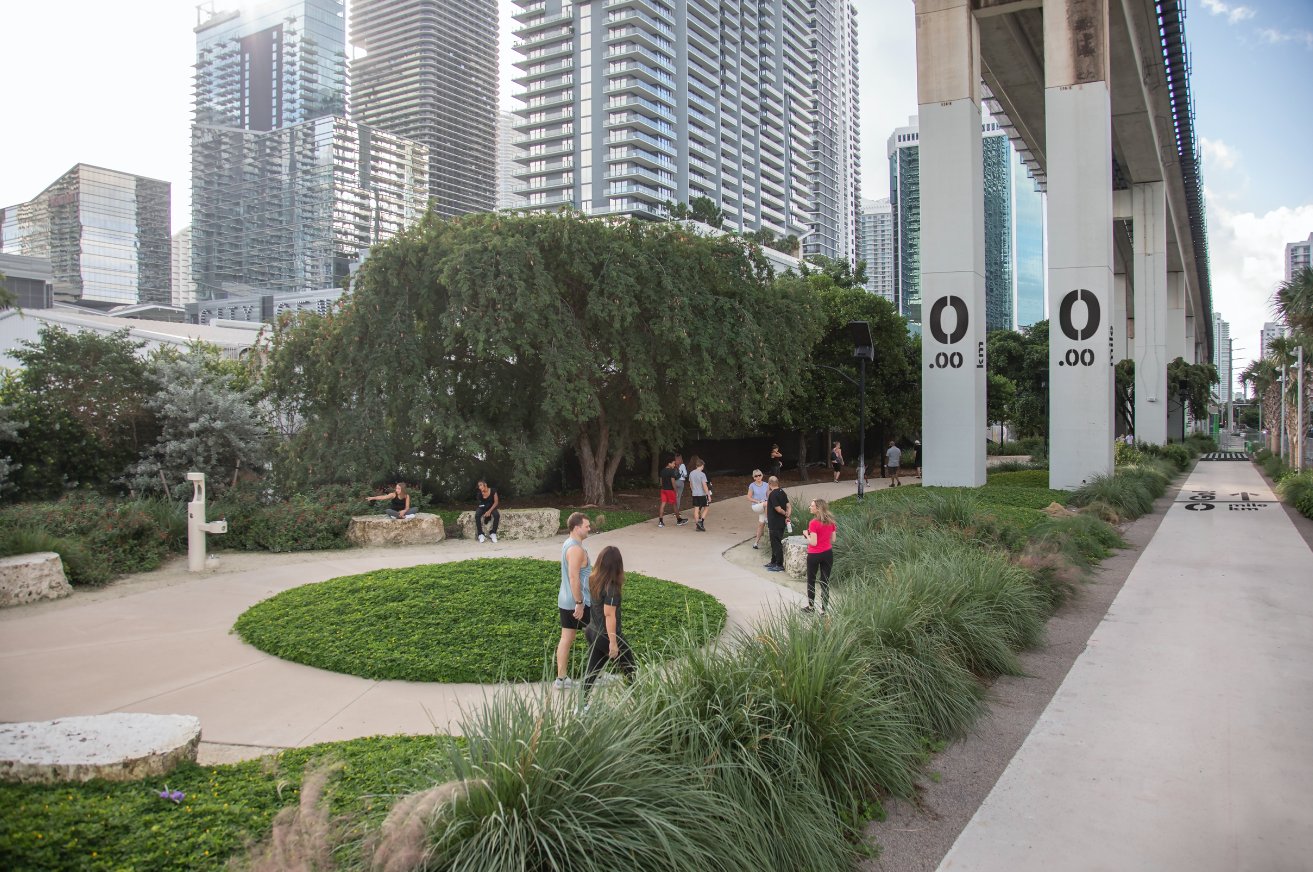 The beginning of the long-awaited Underline project is finally here.

Phase 1 of the 10-mile project The Underline is officially open in Brickell. Called the Brickell Backyard, it’s the first phase of the planned 10-mile linear park, which will become an urban trail and public art destination across 120 acres, stretching from Downtown Miami to South Miami. As it opens in phases through 2025, The Underline will include basketball courts, performance areas, bioswales, exercise equipment, dog parks, butterfly gardens, temporary and permanent art and programs catered toward education, the environment, culture and health and wellness.

The brainchild of Meg Daly, the project has secured more than $120 million in construction costs from supporters such as Miami-Dade County, the John S. and James L. Knight Foundation, Baptist Health South Florida, the Miami Foundation, Health Foundation of South Florida and more. Daly is now founder of Friends of the Underline, a nonprofit that supports the Underline vision of improving the community through physically connecting communities and encouraging a healhty lifestyle through access to public exercise.

“I am inspired by our many supporters and believers who are committed to building a better community while improving connectivity and equitable access to parks and green spaces throughout Miami-Dade County,” says Daly.

Check out photos of the Brickell Backyard below.