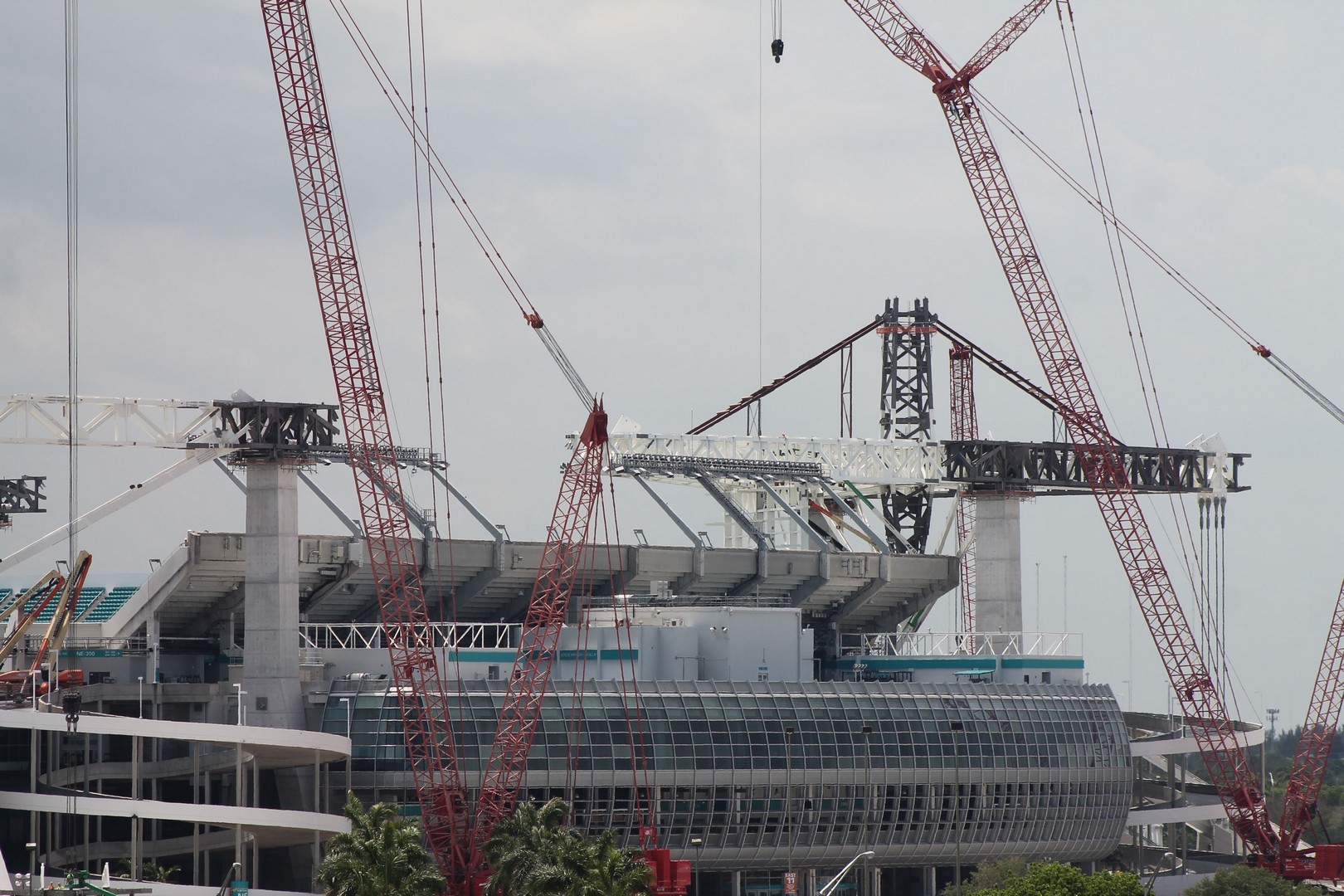 The Dolphins drafted offensive line Laremy Tunsil ith the 13th pick in the NFL Draft on Thursday night, but the biggest star these days is arguably the team’s stadium, which is nearing the end of a $450 million renovation.

The countdown to kickoff is less than four months away with the first home preseason game on Thursday, Aug. 25, against the Atlanta Falcons.

The construction is visible in the distance to travelers along Florida’s Turnpike and SFBW found an even better view from the northbound exit ramp at 199th Street.

Rows of roof trusses were visible on the west side of the stadium, waiting to be hoisted into place. The newmiamistadium.com website says 92 percent of the fans will be in the shade for a Sept. 1 kickoff. There are several diagrams on the website that show what parts of the seating will be in the sun at various times during the season.

Large HD screens (1,472 inches or nearly 41 yards) will be placed in each corner of the stadium where instead of above the middle of the end zones.

Fans will have a lot of options for seating with renovations that were completed earlier in the two-year process.

The 72 Club (named for the year of the team’s unbeaten 1972 season) will have double padded seats with 11 inches more than the standard leg room. (There’s also a VIP arrival lane and all-inclusive food and beverage.) There are four-person boxes on the 35-yard lines with their own viewing screens.

The Hyundai Club has seats between the 30-yard lines and an air conditioned club.

There are also four-person boxes in each end zone and seats with semi-circular tables called Corner Terraces.

While Marlins Ballpark has The Clevelander Club, Dolphins Stadium has Liv (as in the nightclub at the Fontainebleau Miami Beach.