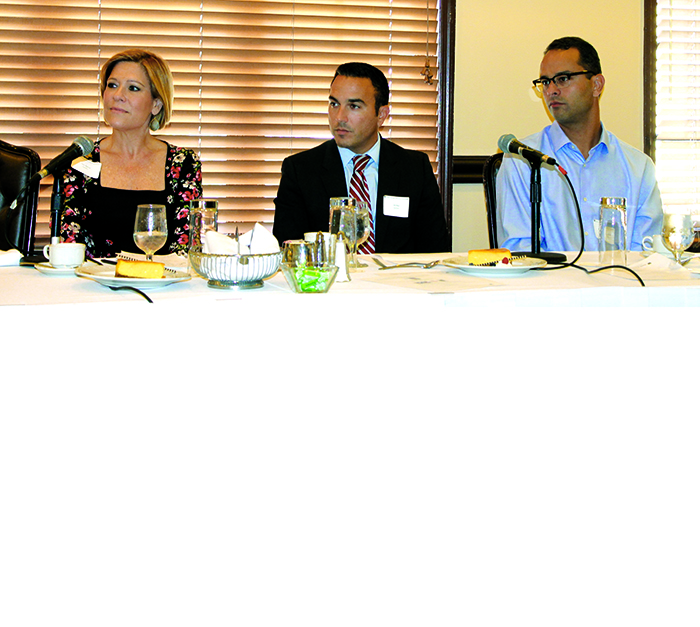 If you are looking at what can go wrong with corporate values, look no further than Volkswagen. The company’s CEO resigned after disclosures that software on 11 million vehicles could sense when they being tested and deliver better than normal results.

At a South Florida Executive Roundtable luncheon at the Biltmore Hotel in Coral Gables, keynote speaker Michel Koopman, CEO of getAbstract, which offers summaries of business books, said the values at Volkswagen were lost when the auto company set an ambitious goal of beating Toyota in global sales. “They did, but we know what happened,” he said.

Similarly, Koopman said General Motors” mission statement used to be about delivering shareholder value, but after a series of high-profile safety recalls, the company has now changed to a slogan of “Getting Customers for Life.”

Some companies help set culture by going beyond financial numbers when giving their quarterly results, Koopman said. For example, LinkedIn talks about customer satisfaction and employee engagement while DaVita talks about the dialysis patients it has helped.

“If the narrative you have with the teams is about financial results, you are going to get a set of different outcomes,” Koopman said. “Make sure you understand what your noble purpose is – something greater than profit; make sure your team understands.”

In an ethical company, Koopman said, “People do the right thing when you aren’t watching.”

The event also included a panel discussion moderated by Tom Hudson, VP of news and special correspondent for WLRN, featuring panelists Tere Blanca, president and CEO of Blanca Commercial Real Estate; Uri Man, CEO of Crystal Lagoons, USA East; and Jos” Augusto Dias, who is taking a sabbatical after serving as president of Latin America and Caribbean and executive vice president at Burger King, which is owned by 3G Capital.

Values have to be driven throughout an organization to make sure everyone takes them into account as they make decisions, Dias said. “You can’t control a company, you have to manage it.”

One of 3G’s values is an ownership mentality, partially fueled by stock options, Dias said. As an example, Dias said he would only fly first class if it were an overnight flight that allowed him to skip getting a hotel room. “If you were to sign a check from your bank account, would you fly coach?” he asked.

3G also has a scorecard of key performance indicator goals behind every employee’s desk, from the CEO on down, Dias said. Six Sigma methods are used to improve performance. 3G’s approach was able to reinvigorate the iconic Burger King brand, including strong international growth. The company announced third-quarter sales were up 6.2 percent and that it plans to open 700 stores by the end of 2015

In terms of purpose, Man talked about how Crystal Lagoons (the subject of a profile in this issue) has created healthy family-centric places to live with 300 projects in 60 countries. For clients, the company’s projects increase the speed of sales, rental prices and hotel prices. To help instill values, the company spends a lot of money on training and sends people to existing offices before opening new ones.

Blanca, who was featured in an SFBW CEO Connect in May and honored with an Apogee Award in October, said values begin with leading by example and over-communicating. “We start our meetings with who we are and what we are there for,” she said. The company’s values revolve around helping clients make the right real estate decisions and doing the right thing.

In one example, the company didn’t communicate to a client that the space wasn’t ready on time, so Blanca Commercial made the financially painful decision to make things right.