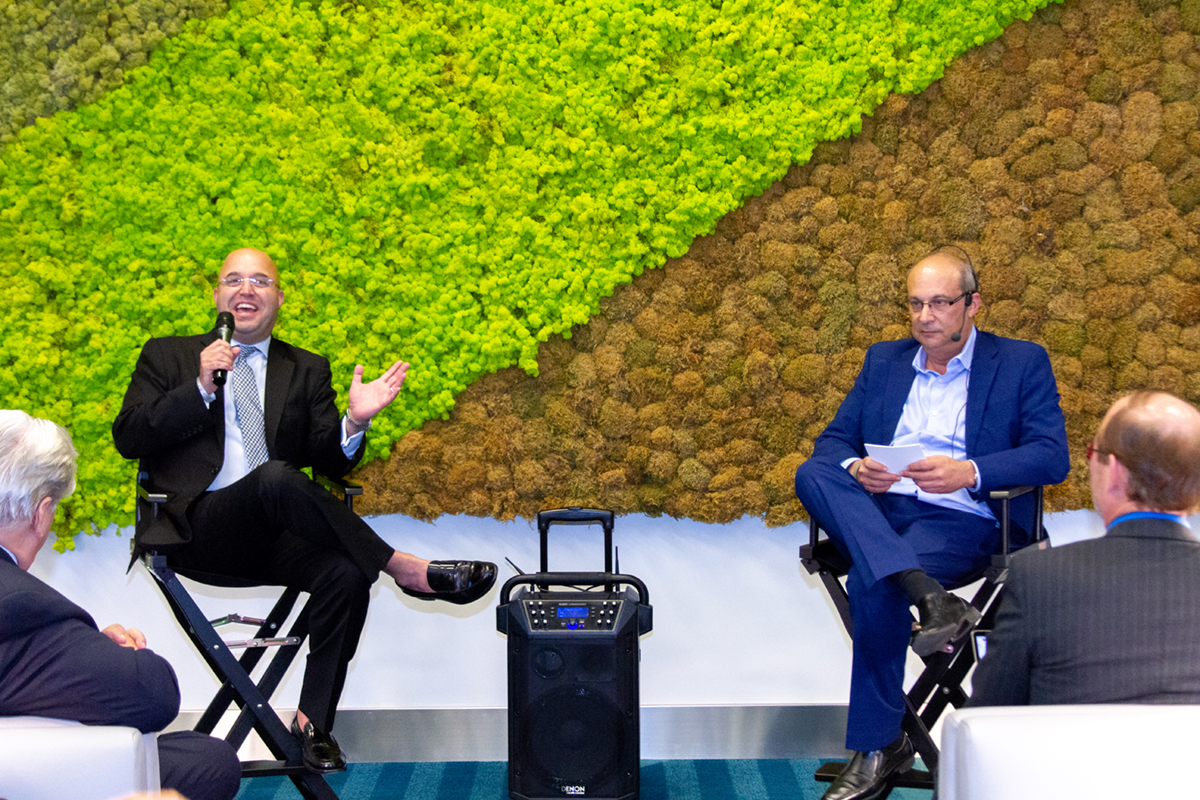 A company with big ambitions that is democratizing private aviation

Justin Firestone is a pioneer in the private jet industry in the United States and Asia. In 2012, he was a co-founder of Wheels Up, which has a modest membership fee and low annual dues to give members access to a members-only fleet of aircraft.

He is the founder and managing director of Firestone Management Group, and previously was president of the Asia-Pacific region for Hawker Beechcraft Corp., now called Textron Aviation. He founded Asia Jet in 2007 and also spent six years as a senior executive with Marquis Jet.

Throughout his career, Firestone has built a customer list that is a veritable who’s who of business, sports and entertainment personalities.

He is frequently quoted in consumer and industry publications worldwide, and often is consulted by industry-leading investment banks, such as UBS, on the health of the private jet market.

Firestone is a founding member and chairman of the National Aviation Hall of Fame Advocacy Council, a founding board member of the U.S. Chamber of Commerce’s U.S.-Cuba Business Council, a member of the Florida Council of 100 and a trustee of the Ocean Reef Community Foundation.

Firestone has also been active in the professional sports industry, holding positions with the Phoenix Suns and Miami Heat of the National Basketball Association, and the National Football League. In 2006, he became a minority owner of the Arizona Diamondbacks Major League Baseball franchise.

For this edition of “CEO Connect,” SFBW Chairman and CEO Gary Press interviewed Firestone at Brightline’s MiamiCentral station. Here are highlights from the interview.

The Wheels Up Concept

We like to say we are more like Netflix than NetJets in how we approach [our business]. We like to say we are democratizing private aviation. We have 5,000 Wheels Up members and are running an enterprise with about $350 million [in] run rate revenue for 2018. The typical member is using five to eight flights a year and spending on average about $75,000 a year.

Guaranteed access to a members-only fleet up to 365 days a year and with as little as 24 hours’ notice is key for our members.

It costs $17,500 to become a Wheels Up Core Member. Hourly rates are $4,695 (excluding FET) on the King Air 350i, which is a turboprop that we call the “Flying SUV”, and $7,695 (excluding FET) per hour in the Citation Excel/XLS jet. We also have Citation X aircraft, which are the fastest private jets at 0.93 of Mach 1 (700 mph). It has a six-hour range and can do Miami nonstop to Los Angeles or San Francisco.

The geographic footprint today is flights to the Caribbean, Mexico and Canada. In Europe, we have over 80 safety-vetted and verified aircraft that are available to members through the Wheels Up Flight Desk. If someone needs to go from Madrid to Rome, we can help arrange that.

Having a chance to sell Marquis Jet to Warren Buffett’s Berkshire Hathaway. The major thing about a partnership with Warren is, he said, ‘Don’t embarrass me.’ The other thing he would always talk about is building a moat around your business. Warren said to throw alligators and piranhas in it. Wheels Up has fleet format exclusivity for the Beechcraft King Air 350i, which is over 70 aircraft in the fleet. Nobody can wake up tomorrow and decide to be in competition with us by offering the King Air 350i the way we do.

We are pursuing strategic initiatives that include exploring acquisition opportunities and expansion of our digital platform. Our plan calls for leveraging proprietary technology that will allow Wheels Up to bring private air travel to the broader public, and make booking a private airplane as simple as booking an Uber or an Airbnb.

You have to have each other’s backs in a genuine way. I was in the seat for a lecture from University of Miami football coach Mark Richt, who has moved on. [He retired in December.] He talked about celebrating victories and celebrating each other, celebrating birthdays. It may seem trivial, but it’s important to that person that day.

Firestone talked about key qualities he has learned from his highly successful customers:

• Be reliable: If they say they are going to do something, they always follow through.

• Be responsive: If you send a message, they send a reply back to you.

If a member of ours reaches out to us with a matter, it could be as trivial as, ‘I need an extra shrimp cocktail,’ within an hour of two we will respond whether day or night.

We asked Larry Summers [former U.S. Treasury secretary] to do a thought-leader lecture for us. During the Q&A, one of the attendees said, ‘My daughter is going to graduate from the University of Miami in a year or two, what should I tell her to do?’ Larry said three things that really stayed with me:

The last time I did anything by myself is when I finished my last exam as an undergrad at Harvard. You better learn how to work in teams. There is always going to be one person on the team that you just don’t jive with.

Get comfortable with your numbers. You can’t have your finger in the air. In this world, that’s not going to cut it. ♦