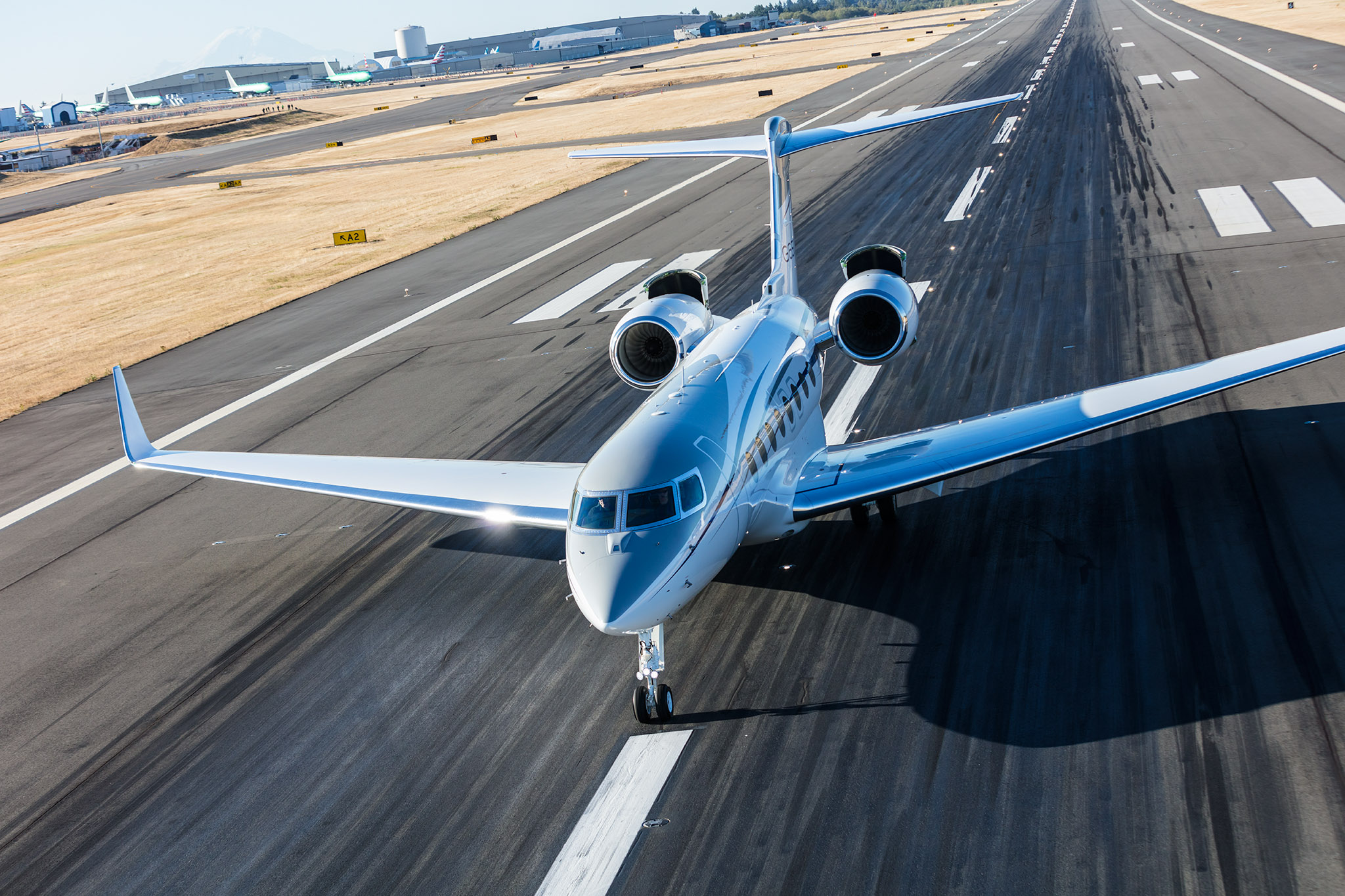 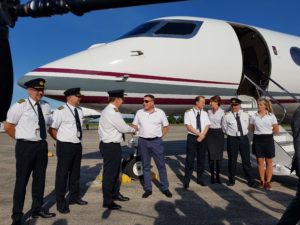 The One More Orbit crew at Kennedy Space Center

Aerospace Technologies Group of Boca Raton reports it products were used on a flight that shattered the world record for global circumnavigation of the Earth’s poles with a time of 46 hours, 39 minutes and 38 seconds—about six hours faster than the previous record.

The trip was made in a Gulfstream G650ER, whose crew of four pilots included former NASA astronaut Terry Virts, the Arstechnica.com website reported.

The achievement backs up the jet’s claim of being the fastest ultra-long-range jet in the world, capable of reaching Mach 0.925 and sustaining Mach of 0.85. It is powered by two Rolls-Royce BR725 A1-12 Turbofans delivering 16,900 pounds of thrust, the extended range variant is capable of flying 7,500 nautical miles at up to 51,000 feet.

The mission celebrated the 50th anniversary of the Apollo moon missions by taking off at the same time as the Apollo 11 liftoff on July 16, 1969.

“Being able to witness a multinational attempt to break the world record live is incredible, and to do so knowing our technology is aboard the mission is an honor for all of us at ATG,” Matt Duntz, chief sales officer said in a news release before the flight. “We couldn’t be more thrilled to support and be a part of this monumental mission proving that humans are continuously capable of pushing the boundaries of aeronautics.”

The flight path called for the jet to head toward the North Pole with refueling stops in Nur-Sultan, Kazakhstan; Port Louis, Mauritius; and Punta Arenas, Chile before flying back to Florida.

The previous speed record was set in 2008 when a Bombardier Global Express jet reached an average ground speed of 511 mph. The trip was completed in 52 hours and 32 minutes.

One More Orbit’s plan greatly exceeded expectations of breaking the record by only 23 minutes.

Founded in 1998, ATG is a market-leading specialist in the rapid development and production of advanced technology, highly innovative, aerospace grade interior components and systems. The company says it is focused on transforming and improving the passenger transportation experience by developing elegant and brilliant aerospace quality products driven by innovation, technology, creativity and investment.

In 2002, ATG (www.atgshades.com)introduced its first innovation: the Powertech Shade System, the first powered natural light control system designed specifically for aircraft passengers. Today, ATG has more than 100,000 aircraft window shade systems installed on more than 30 aircraft platforms of all sizes, ranging from the iconic Learjet business jet to a 1959 McDonnell Douglas DC-6B to today’s largest and most advanced long-range passenger airplane, the Airbus A380.