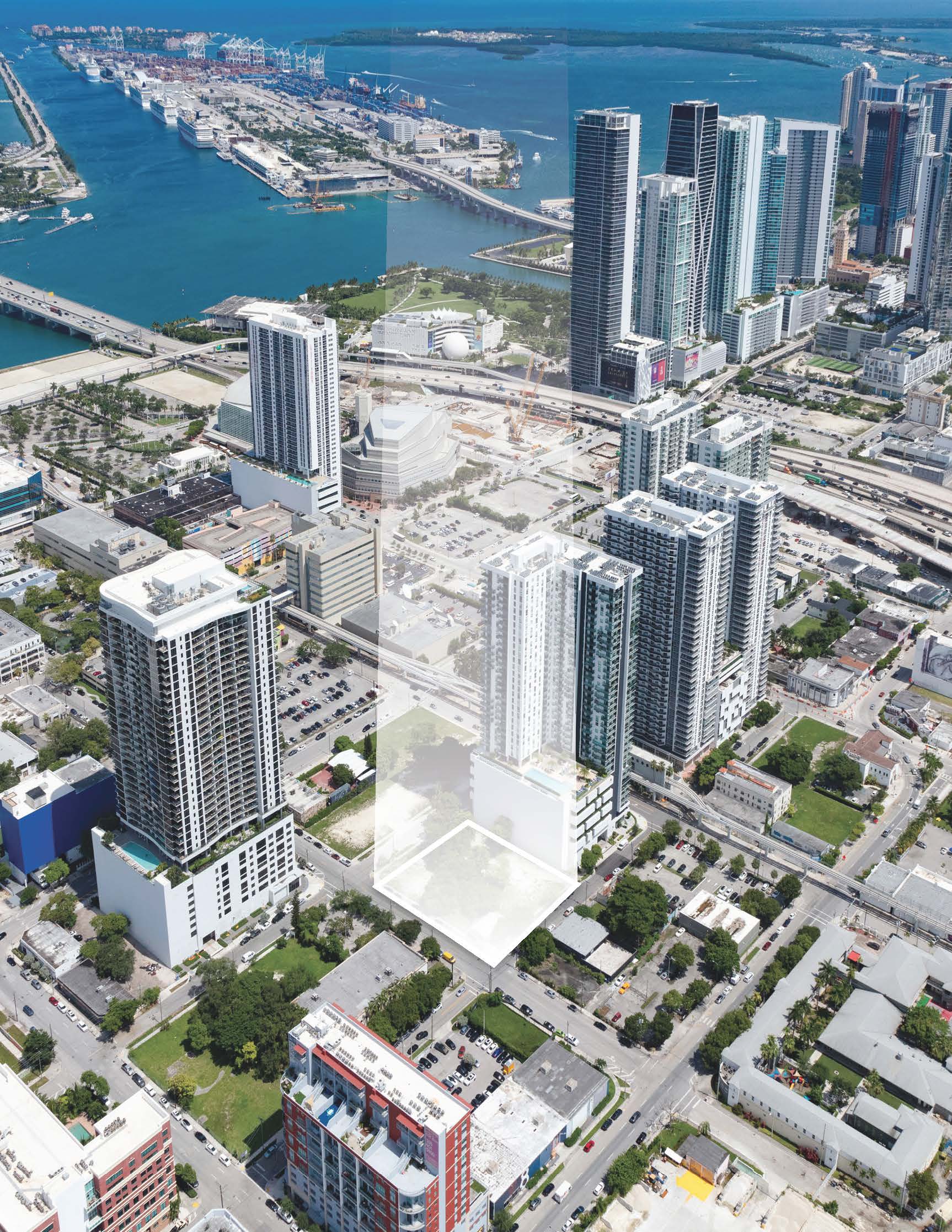 37,000-Square-Foot Development Site in Miami Hits the Market for $21M

“In a very short time, we have seen the Arts and Entertainment District radically transform from a deserted, bleak industrial area to a thriving neighborhood with a strong pulse,” says Mattingly. “The district is home to a thriving arts, cultural, and entertainment scene that is attracting an influx of new residents. Nearby residential projects in the district have leased nearly 100 percent of units within weeks of opening, which speaks to the continued demand. The neighborhood is attracting major investors and developers as this vibrant and bold neighborhood continues its evolution.”

The Block E development site is conveniently located just 1,000 feet from the Metromover, providing connectivity to Brightline’s MiamiCentral station, downtown Miami and Brickell. Under Miami 21, the proximity to the Metromover removes the parking requirement for residential sites. The site, which is located in an opportunity zone, is zoned T6-24a, which allows for up to 48 stories and 338,993 buildable square feet, with bonuses. Due to its location in the Omni density overlay, the development can include 427 residential units or 854 hotel units.

The Arts & Entertainment District, also known as the A&E District, is an emerging residential neighborhood of Miami that is located north of the Central Business District, South of Wynwood and west of Edgewater. The neighborhood has seen immense growth and beautification over the past few years, with a number of residential projects breaking ground and nightlife entertainment options.

“All roads lead to the Arts and Entertainment District, and its unmatched connectivity makes it the next logical step for development as downtown expands to the north,” says a Klugler family rep. “We have assembled over 4.5 acres of land over the past forty years, and developers have expressed interest in this site so we felt it was time to list the ‘hole in the donut’ of the A&E District.”

The A&E District is home to several Miami landmarks and hot spots for tourists such as the Adrienne Arsht Center for the Performing Arts, Live Modern School of Music, the Perez Art Museum and the Phillip and Patricia Frost Museum of Science, all located within a 5-minute walk of the Block E development site. The $800 million signature bridge project, which will connect I-395, SR 836 and I-95, is just two blocks south of the site.