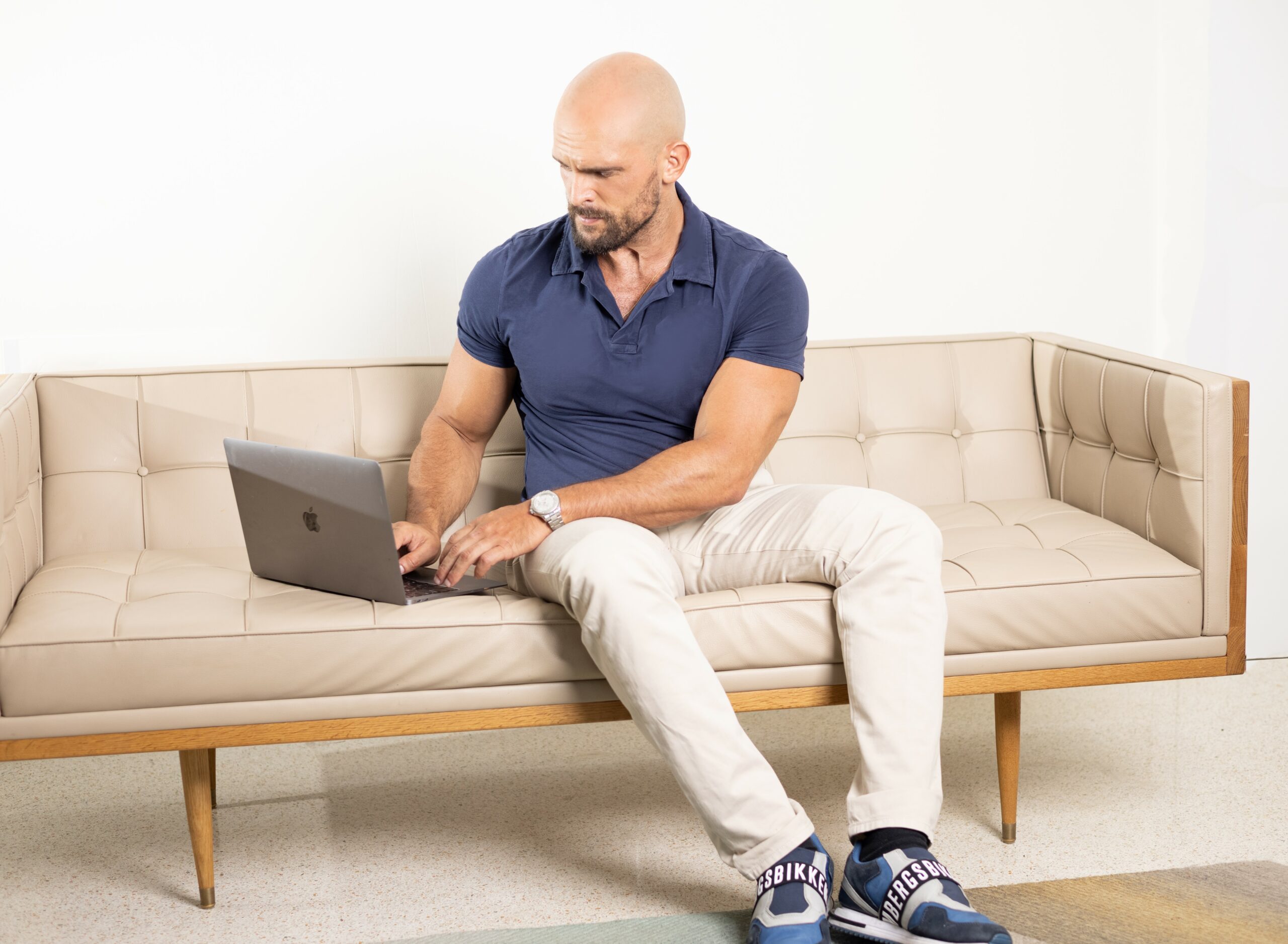 This is how a South Florida entrepreneur fights back

Tall and strapping, Paul Adams was a social fixture in Miami, often spotted at SoHo House and on the beach after he launched his Espacio showroom in the Design District in 2013. Born in London to a Brazilian mother and English father, Adams is a global citizen: Sometimes home feels like London and sometimes Ibiza, but he’s spent the balance of the last decade in South Florida, first in Miami and now in Fort Lauderdale, where he uses his home, part of a multiunit compound he purchased last year, as a gallery space.

“I came to Miami and saw the Design District and saw how it was booming and at the time I was traveling a lot to Italy,” he recalls. “My first sales position was global sales manager for my family-run metal sales agency, later becoming president of the company after the passing of my father. I would go to Northern Italy, to Milan, and see all the designs. I got the idea of bringing some European design to Miami.”

For a while, he made a go of it, selling to high-end clients both locally and internationally. Espacio gained recognition through numerous events, showcases and press coverage; it was featured in the Louis Vuitton guide to Miami and Danish Rum magazine guide to Miami, among other publications.

But as the Design District transitioned from a predominately furniture destination to a luxury shopping mecca (dotted with Bulgari, Cartier, Gucci and Hermès), rents became out of reach for many design houses, including Espacio. So Adams closed up shop in 2016 and took his show on the road—to Spain, scoring some major commissions, outfitting the restaurant at the JW Marriott Marco Island and workshare spaces and amenities in the Willis Tower in Chicago. He also worked with designer Virginia Sanchez on Madrid’s Casa Decor furniture fair.

But Adams’ life and career came to a standstill in 2017 when he almost lost his life after a violent domestic confrontation. It’s been a long road, and though he’s regained his strength and muscular build, the physical and emotional scars remain. “I was in a wheelchair for almost a year,” he says. “I was in physiotherapy for almost two years. When I started walking again, I traveled back to London and I refused to use the underground. I walked all over London—I think I did 20 miles in one day. I spend most of the day walking, but I accomplished a lot. Cycling helped a lot as well.”

Act Two of Espacio in South Florida came in fall 2019. “And then, unfortunately, we were hit by COVID-19 and everything shut down, and now I’m starting again for the third time,” he says. His relationship with De La Espada is his anchor; the Portuguese design house, heavily influenced by the arts and crafts movement, was founded in 1993 by Luis De Oliveira and Fatima De La Espada. Given the hot real estate market, Adams believes it’s the right moment for the brand, which features pieces by Jason Miller, Matthew Hilton and Nichetto: “More people are investing in longer-lasting pieces, heirlooms to pass to their children,” he says.

“We aim to target the residential market and its designers during the boom while serving our existing client base of designers that predominately design commercial spaces such as hotels and restaurants,” Adams says. “Our product catalog showcases handpicked and customizable designer pieces that are meticulously crafted, using a range of sustainable quality woods, raw materials and fabrics. The design process is as important as the product at Espacio.”

Adams is seeing more client requests than ever before for customized pieces. “I am assuming they are clients who see something they like and are set on it, not wanting to consider their designers’ suggestions for alternatives,” he says. “Now with the knowledge and contacts I have gained from visiting factories in Europe, I am able to work with factories and able to offer such customization when possible. I see the South Florida market continuing to boom, and as people settle in new homes, demand will match.”