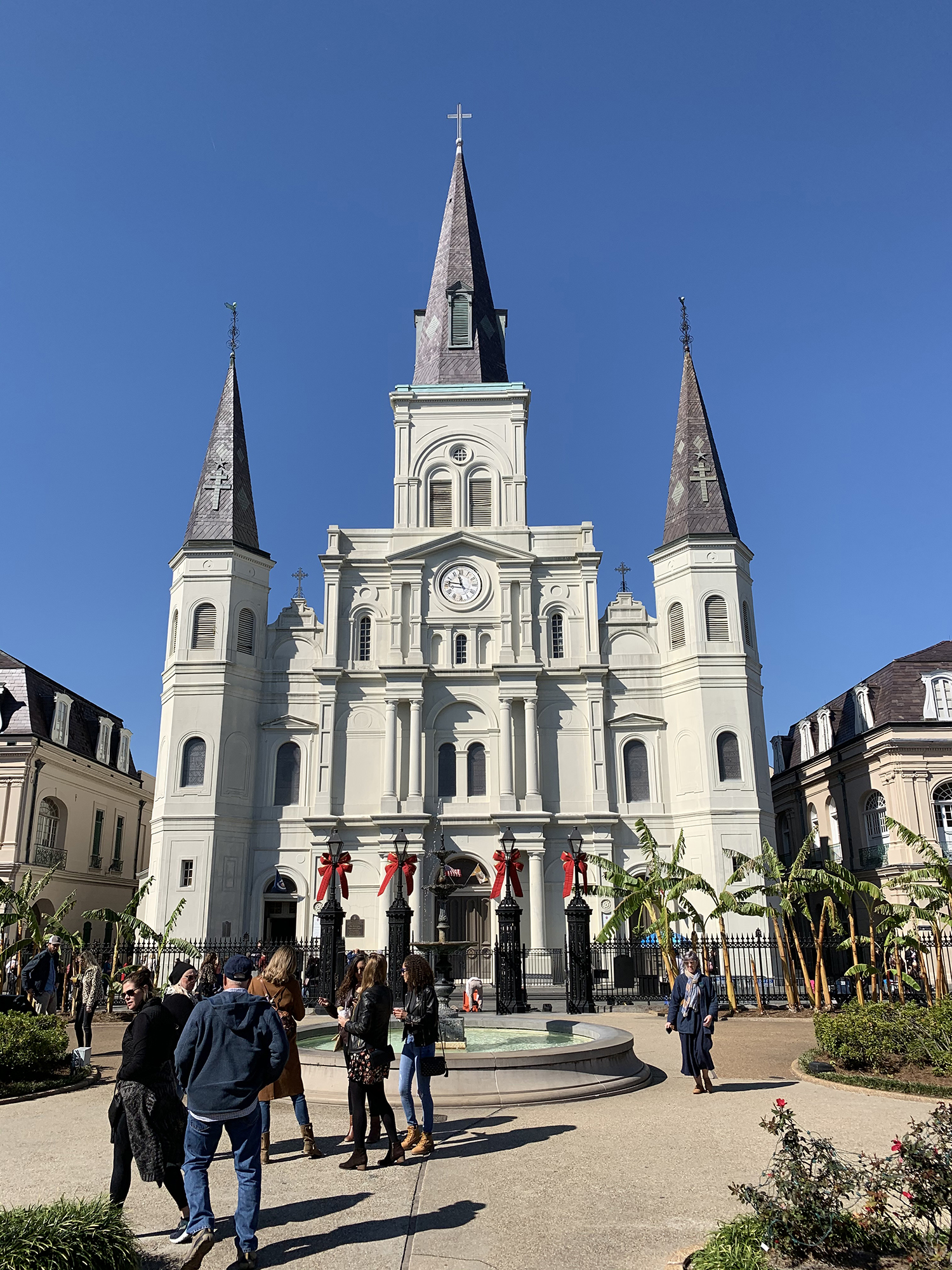 Bluegreen creates a New Orleans property with a theater vibe

The great thing about New Orleans’ French Quarter is, it’s a great place to party, but sometimes it’s nice to have a respite amid all the fun.

Boca Raton-based Bluegreen Vacations offers just that with its new 17-story Marquee Resort, which is just a couple of blocks from the edge of the French Quarter in the city’s emerging theater district.

Bluegreen has taken a former office building-turned-apartment building and given it a Nawlins makeover that reflects the city’s rich theater and cultural heritage, albeit with modern rooms. The 90-plus units are located on Elk Place, a short, leafy boulevard that flows into Basin Street at one end and Loyola Avenue on the other. The Joy, Saenger and Orpheum theaters are all about a block away.

“The Marquee has this vibrancy that is just starting to develop in the area,” says Timothy Schwering, Bluegreen’s director of planning and design. “Everything we do has to do with the location. We wanted to tell that theater district story and tell the history of New Orleans.”

The transportation back in time starts with the façade of the building, which has an art deco theater marquee announcing the property’s name.

Step inside the spacious lobby, and you are greeted with historic theater seats and lights and a 15-by-9 foot mesh sculpture called “Story Val” that juts out from the wall.

The sculpture is a nod to Sidney Story, an alderman in the early 1900s. Storyville was New Orleans’ red-light district, where prostitution was tolerated. Unfortunately for him, Story’s name got attached to the 38-block area.

Schwering said when people had problems, they moved to Storyville. Among them were creative geniuses that gave birth to jazz.

Look up at the ceiling of the Marquee lobby and Story’s journal flows in script four-feet wide and 30 feet to tell the building’s history. At night, the 30-by-10 foot LED used in the resort’s sales center, is visible through a glass wall in the lobby, and shows theater and jazz images.

Bluegreen has created what almost seems like a Disney experience in the resort. Instead of up and down, the elevator signs say, “applause” and “quiet.” The elevators have panoramas of theatergoers applauding and play the sound of applause.

When you step off the elevators, there are theater curtain swags and realistic video portraits at the hallway junctions. One has an elegant-looking actress type “shushing” passers-by with her finger.

There’s also an app that provides storytelling, which makes the pictures over the beds come alive. For example, in the old days, barges couldn’t get back up the river and were dismantled and used for building materials. Many of the stages in Storyville used barge wood.

Some Bluegreen members have almost a cult-like following when it comes to new destinations, and the Marquee has been a hit, Schwering said. While Bluegreen has many bucolic resorts, urban locations in New York, Savannah and Chicago are drawing a lot of interest. Bluegreen also has Club La Pension on Decatur Street in New Orleans.

Looking out from the 17th-floor window at the Marquee, you’ll get a great view of the French Quarter skyline and the Mississippi River in the distance. The roomy suite had a kitchen, large bedrooms and plenty of closet space. Little theme touches included an acoustic guitar next to the couch.

Marquee activity director Wafaa Tullier gave a tour of the property, including the outdoor courtyard with a stage, the rooftop pool, a well-equipped gym and a secret lounge called “The Green Room.” Put your key card on a hallway wall and you can then push open the hidden entrance. You can play pool or games, but if you are really lucky, you might get a taste of Tullier’s freshly baked brownies with a praline topping. (You can make up for the indulgence by joining her for an early morning stretch on the pool deck.)

Bluegreen’s staff provides solid dining recommendations. Topping the list was Ruby Slipper, which has multiple locations and an extraordinary take on breakfast. We went there three times in four days. Jumbo biscuits with gravy, and pancakes made with bread pudding and topped by vanilla chips are the stuff of dreams. Get there early to avoid the lines.

We visited the venerable Brennan’s and feasted on Steak Diane for two, flambéed tableside, and went to chic Justine, which looks like a cross between Paris and South Beach with its stylish décor and murals of Parisian and New Orleans cultural icons.

One of our own finds was Daisy Mae’s Southern Fried Chicken on Poydras Street. The chicken, collard greens and red rice and beans with chorizo show why it has a 4.7 out of 5 rating on Google.

The Preservation Jazz Hall band was in fine form during our visit, and it was nice to see two teenage performers dropping in, part of the group’s effort to encourage the next generation of musicians.

We enjoyed a two-hour tour of The Garden District. Look: That’s where John Goodman lives. You might see him walking his dog, and he’s a nice guy who says hello. That’s where Anne Rice wrote some of her best novels. That’s the house where former Saints quarterback Archie Manning still lives. Sometimes, his sons Peyton and Eli still throw the ball in the street.

We also saw New Orleans’ Lafayette Cemetery No. 1. One nugget from tour guide Teri Vermillion: When yellow fever put people into comas, it sometimes was difficult to tell if they were still alive. After some premature burials, bells were put on their fingers, thus the phrase “saved by the bell.” I’d repeat her explanation of “I wouldn’t touch it with a 10-foot pole,” but I’ve already disgusted several people with that one.

The big cultural highlight of our trip, though, was the sprawling World War II museum, which originally started as the D-Day museum. Parts of it were awesome, with bombers and fighters hanging from the ceiling, but most parts were sobering, such as moving through the middle of dioramas that made you feel like you were on a war-torn island in the South Pacific. A special exhibit told how Israel tracked down, captured and successfully tried Adolf Eichmann, who zealously managed the transportation of millions of Jews to concentration camps.

There were some reflective moments thinking about the U.S. isolationist stance when World War II began and the current political debate about U.S. global involvement.

One final note about New Orleans: Louis Armstrong Airport has just finished a $1.3 billion update and the 35-gate terminal is used by all of its 16 commercial airlines. It’s basically a new airport. That should immediately end its reputation as one of the worst airports—and that’s one piece of history we can live without. ♦