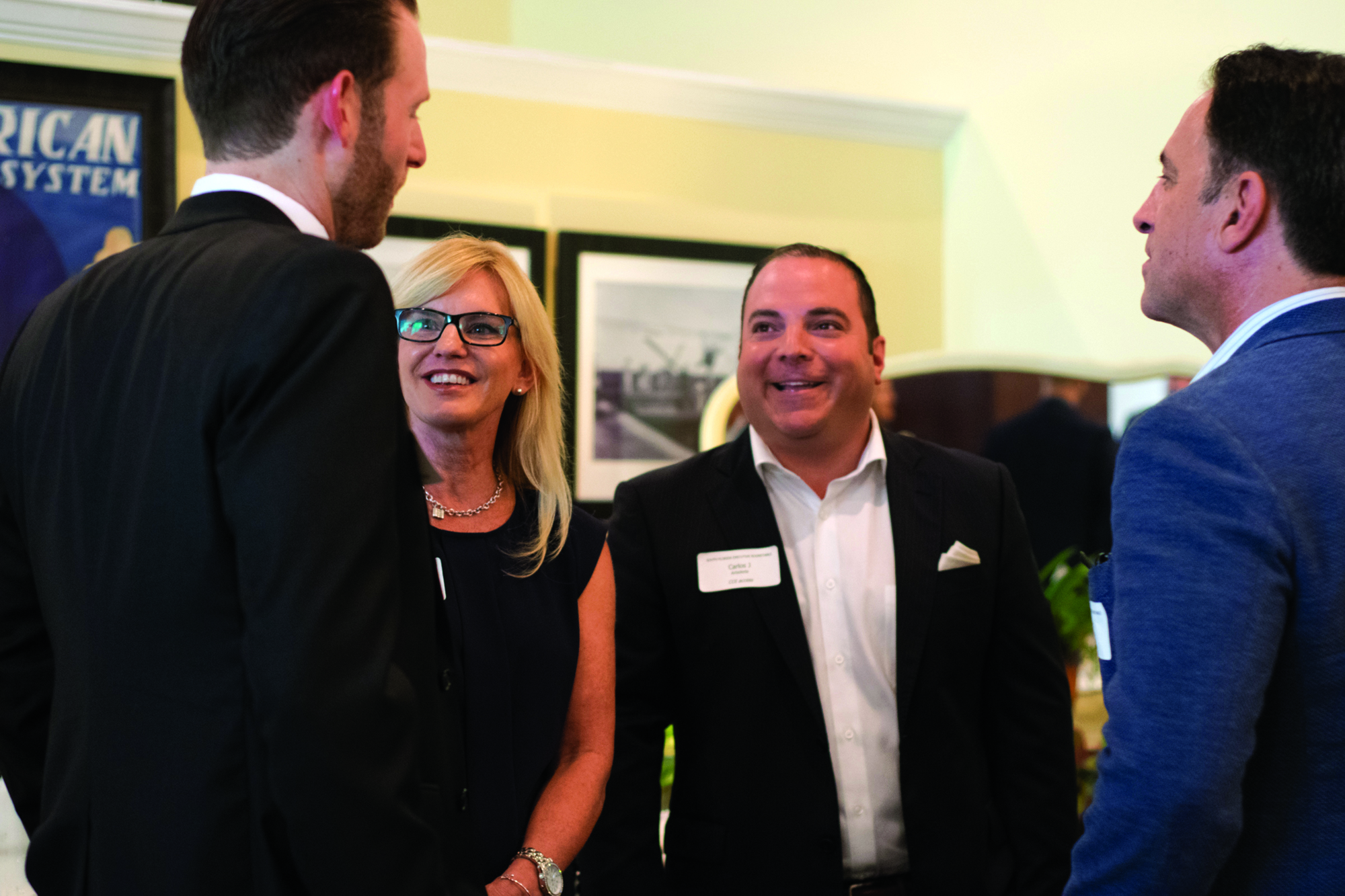 Albert Santalo, founder and CEO of 8base, a software company with offices in Miami and St. Petersburg, Russia.

Matthew Shpiner, director of emergency management for the University of Miami.

David Appel, managing partner of the Cherry Bekaert tax, audit and advisory services firm, moderated SFBW’s October executive roundtable, held at the Peacock Garden Café in Coconut Grove. Takeaways from the conversation included how innovation percolates during moments of stress, why some technology companies aren’t diverse, and how building a culture of inclusiveness might retain employees.

Success is not always a straight line. If you need to define the role of failure in your organization with a willingness to understand that failure is an option, when do you realize you have to pull the plug on an idea or project?

Lara: Our executive committee looks for new hires who have experienced failure because it’s that kind of experience, to us, that says someone is not averse to change and risk if you’ve failed and found a way to pick yourself up. Those risktakers are what the company looks for.

Fleischer: In my industry, a lot of our occupiers are going through major mergers and acquisitions, so the footprint and trying to figure out commercial real estate is sometimes a little uncertain. When I was asked to work with the Revlon corporation, their CEO wanted to be in the hottest market in Miami Dade County. We had a vision of going to Brickell. We transacted the deal. And then a few months later, Elizabeth Arden acquired the company and a new CEO came on board who had a completely different vision. They ended up relocating out of the Brickell location.

Shpiner: The university had gone through a multiyear enterprise transition program, and the final transition was to take place on Sept. 1, 2017, which was a Friday, and Monday was Labor Day, and then Hurricane Irma came a week later. We were amid chaos and disaster. Even though it was the peak of hurricane season, we couldn’t put all our business on pause for two months. The university came out stronger. People found a way to make things work because innovation and creativity is brought out in times of challenge.

Santalo: I’ll comment on this a bit differently. Being in a venture, there are different schools of thought in terms of how you deal with risk and risk tolerance and failure. I like to subscribe to what I call “West Coast thinking.” And at CareCloud, when the company was founded with about $8 million of angel investment, they wanted venture investors and they wanted to find them on the West Coast. It’s one thing to hop on a plane from Miami to San Francisco, and it’s another thing to come back with investors, and we were fortunate enough to do that.

And the big reason behind it was that I felt that the West Coast was much more attuned with entrepreneurship than the East Coast investors were at the time. This has changed a little bit because the West Coast model has been so successful in the last few years, but generally speaking, if you’re an entrepreneur over there who fails, and you start your next venture, the venture community says, “Well, he or she probably learned a lot in that first experience, so let’s support them and give them money as long as they were honest and hardworking and did everything that they could.”

The West Coast tends to subscribe to the lean startup model, which is all about experimentation. Jeff Bezos is an example of a person in a large company who embraces this concept. He will tell you about the experiments and failures within Amazon, including the Amazon Fire phone. It was a big failure and they learned from it and they’ve tried other things.

What does your organization do to create a culture that fosters inclusiveness, engagement and talent management?

Shpiner: At UM, diversity is one of our core values. When we think about hiring, we look at free thought of expression. Our student body is diverse, and so are our employees. That’s what makes us so special as an institution, and we can only do that by having a diverse base that is supportive.

Fleischer: We founded a diversity group earlier this year. We have a full committee, and some of our executives sit on it and chair it. Our goal was to get our employees’ input and to support self-expression and nurturing everyone’s work. It’s our philosophy that everyone has a seat at the table and everybody can share his or her views, which I think is very important in retaining employees. And it allows for a more-open environment where people feel as though they are contributing to the overall success of Cresa as a whole. It’s been well-received so far.

Santalo: In a small startup environment, it’s hard to have diversity. If you look at the 8base website right now, all you’ll see is men. And that’s not necessarily by design. Unfortunately, in engineering, the statistics are quite low for the number of women who do software development. At my last company, CareCloud, we had more women than men and we were very proud of that. Diversity is incredibly important. It’s important to foster a culture of acceptance of different kinds of people and different kinds of ideas.♦

SFBW is the exclusive media partner of the South Florida Executive Roundtable. For more information on SFER, visit SFexecRoundtable.com.