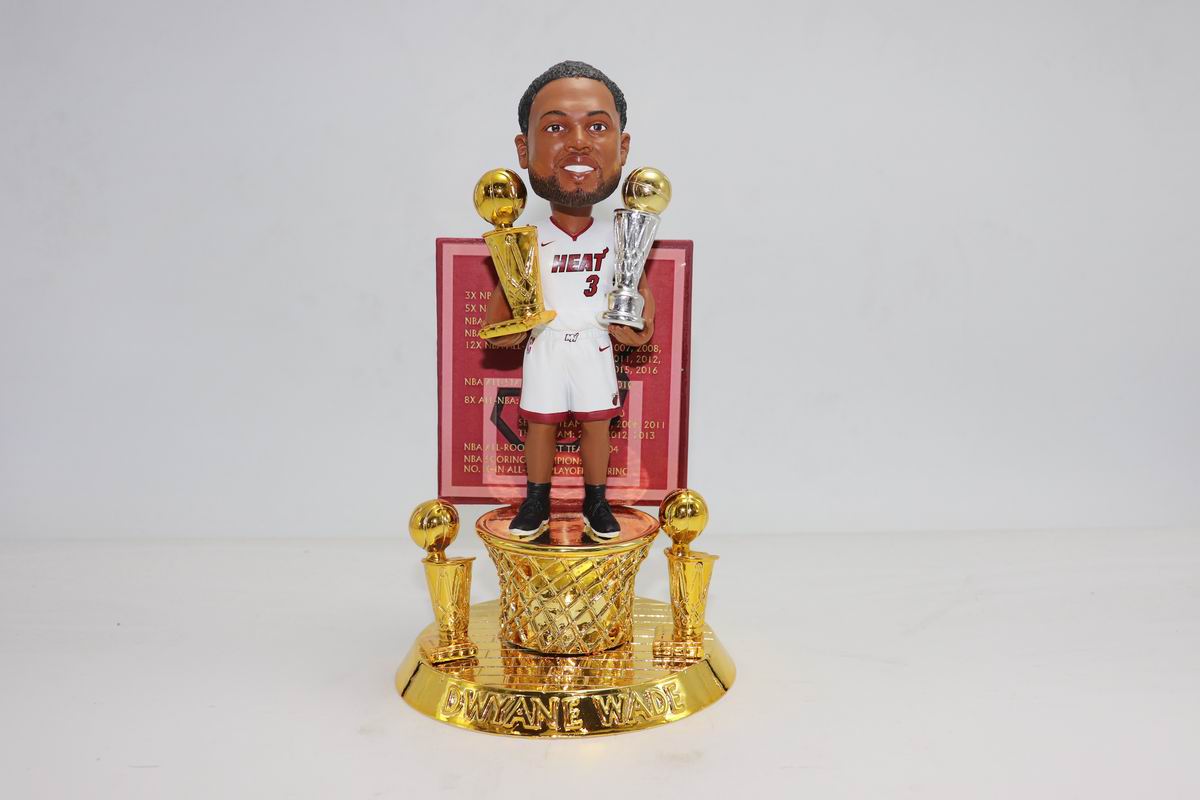 Dwayne Wade’s notoriety within the Miami community is undeniable.

On August 9, the National Bobblehead Hall of Fame and Museum unveiled a Dwayne Wade bobblehead celebrating his long and successful sixteen-year career. This miniature moving statue features Wade carrying and surrounded by replicas of the NBA Championship trophies that he helped the Miami Heat win and his NBA Finals MVP trophy, as well as a commemorative plaque detailing other successes he’s had throughout his career.

“Dwyane Wade has made a tremendous impact on Miami both on and off the court and we knew his amazing career needed to be commemorated in a special bobblehead,” said Phil Sklar, Co-Founder and CEO of the National Bobblehead Hall of Fame and Museum. “We think this bobblehead is the perfect way for fans to celebrate Dwyane’s special career.”

These limited-edition bobbleheads are available now and stock is limited to only 2,019 to coincide with Wade’s final season. They can be purchased at store.bobbleheadhall.com/products/dwyanewade.

Bobbleheads were produced exclusively for the National Bobblehead Hall of Fame and Museum by FOCO.