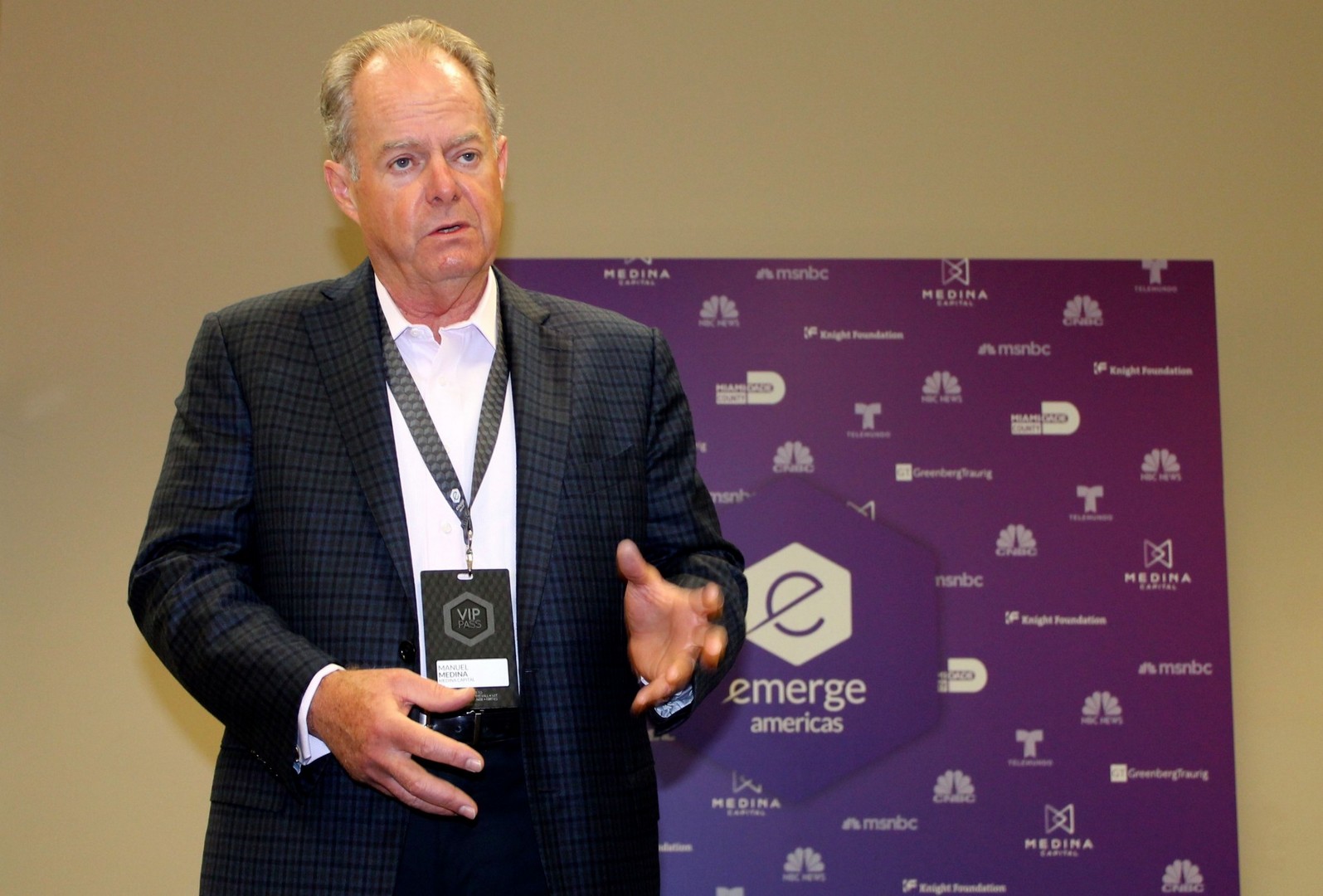 The event will draw 10,000 attendees from 50 countries and 500 companies, he said. It’s being held at the Miami Beach Convention Center.

eMerge is getting a big boost from a partnership with NBC, which will use an array of networks, including CNBC, to highlight the technology conference to millions of viewers globally.

Medina will ring the NASDAQ closing bell remotely from the conference at 4 p.m. on Monday.

Medina joked that it was ironic that he never got to ring the bell when he was running a public company – Miami’s Terremark Worldwide, which he sold to Verizon (NYSE: VZ) – but was getting the chance to do so now. Joining him in ringing the bell will be performer Pitbull, a Miamian who is also a tech enthusiast.

Asked about how well the conference is doing for technology what Art Basel has done for culture in South Florida, Medina said, “We are progressing at a dizzying speed.” Noting that relatively few people collect art, he added, “I’ve always felt this event will be much bigger and impactful to our community. What this does affects everyone – individual, corporations and government.

Nobody use to think about Miami as a tech hub, he says. “You think Miami – mojito.”

One of the strength as the region grows as a tech hub is that it is very welcoming, Medina said. “Whether you are from east Europe or Brazil you are very welcome. Silicon Valley is much more difficult.”