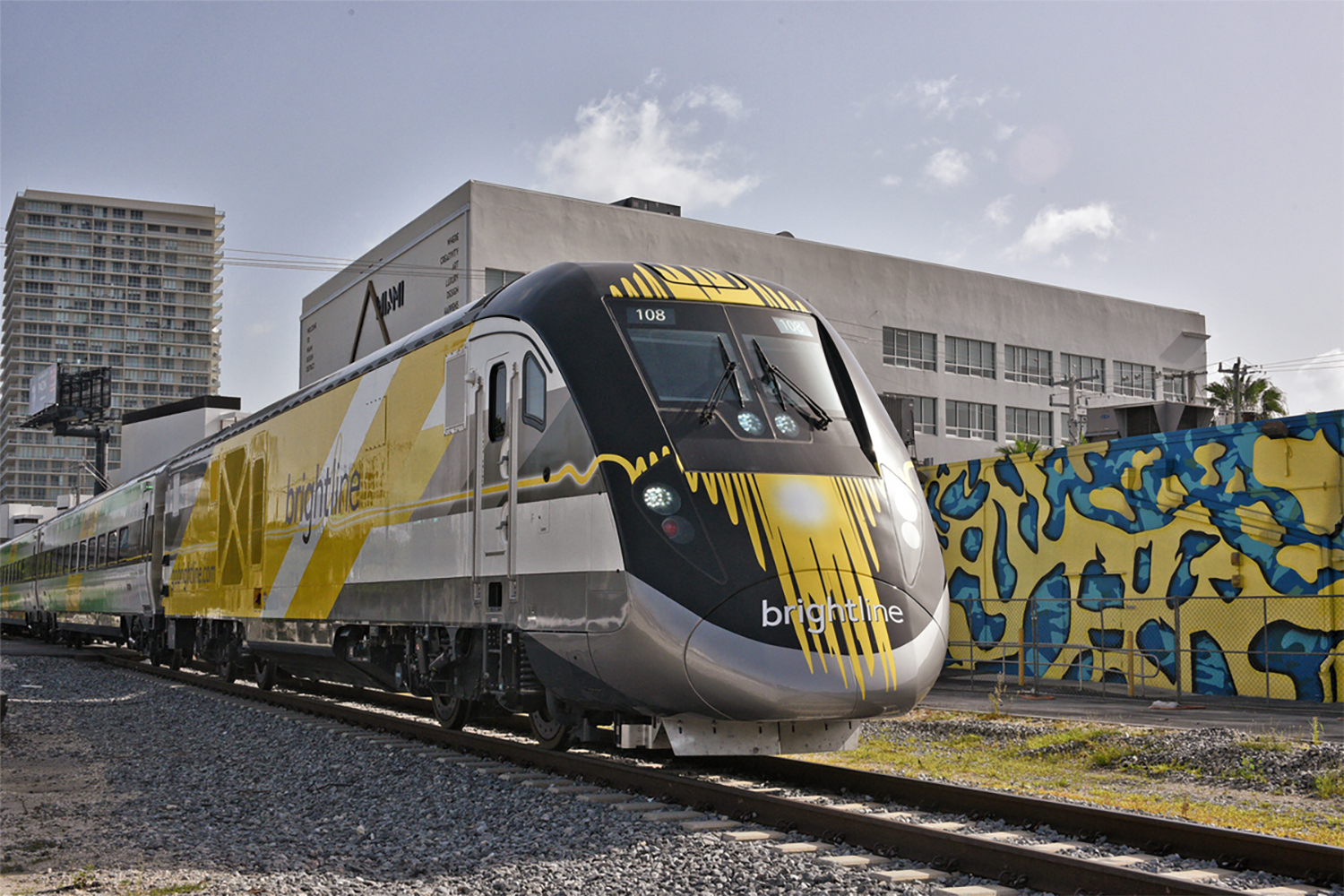 This is the third in a series of articles summarizing key takeaways from the Southeast Florida Transportation Summit, presented by the City of Fort Lauderdale, hosted by the Greater Fort Lauderdale Chamber of Commerce. Read the first article here and the second article here.

Though South Florida is connected by rail, most people still use their cars to travel to the tri-county area’s urban cores. Brightline is working to change that. With its vision for connecting major cities in the state, the company is pressing on toward a unique transportation future, signified by its agreements with local government and private entities.

And though the pandemic has halted rides, Brightline Trains president Patrick Goddard is looking toward the future, reporting that expansion of Florida rail lines is ongoing the Southeast Florida Transportation Summit from the Greater Fort Lauderdale Chamber of Commerce, held last week.

Here are a few takeaways from his presentation.

As far as Brightline’s role in this ecosystem, the company’s focus on guest services complements the company’s mission to connect densely populated cities. The system already connects Miami, Fort Lauderdale and West Palm Beach. Though it is closed because of the pandemic, Goddard is optimistic for the future, as he believes Florida is a “Teflon state” that rebounds quickly.

“Not only is there more commerce and more people coming back to offices in Florida, but there is a significant migration from the northeast and places like Chicago to Florida,” Goddard says. “So we think that the long-term outlook for transportation is extremely positive.”

In the meantime, the company’s route between West Palm Beach and Orlando is around 45% complete and is expected to be delivered toward the end of 2022. It recently announced an expansion from the Orlando airport to Disney Springs. Stations are being built at PortMiami, Boca Raton and Aventura, and the company is researching sites for station locations in Tampa. All this is part of the company’s phase 2 project, representing an investment of $2.7 billion.

Goddard also emphasized that the company wants to work with the public and private sectors to alleviate some of the state’s transportation problems and create a network of transportation systems.

It seems local leaders are happy to cooperate. The Miami-Dade County commission unanimously approved an access agreement with Brightline, which will bring a new commuter rail system on the Brightline/Florida East Coast Railway. With this agreement, the area is one step closer to having a regional service that covers the tri-county area and maturing the transit community.

Of course, logistics and infrastructure planning under this agreement are still underway, which is “exciting” for Goddard. He nows looks forward to is using technology to improve the experience for locals.

“If we can use technology to enable easy movement from system to system—easy route planning, ticket purchases, ticketing systems. The logistics is one part and the infrastructure—that’s like the hard and expensive part,” Goddard says. “If we can get that right and we can overlay a phenomenal technology component on top of that that connects all of the systems—that optimizes route planning for people and that helps people to work out the actual ticket acquisition and all these different modalities—I think that’s how we win.”