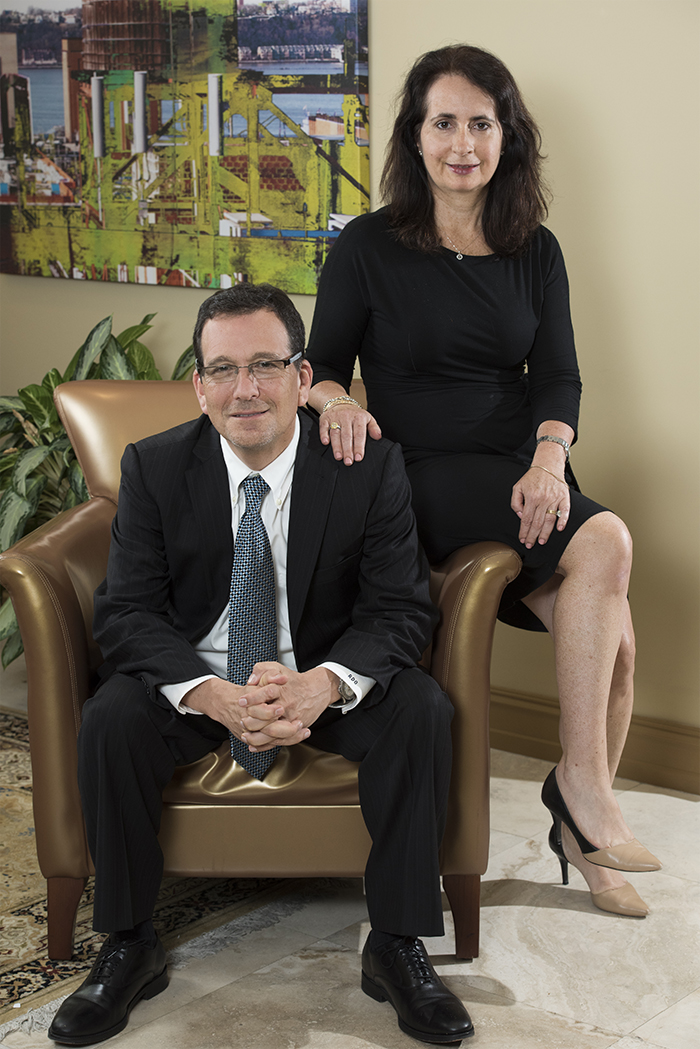 Real estate lawyer Roy Oppenheim recalls when everything changed for his legal practice – and the U.S. financial system.

His wife, Ellen B. Pilelsky, started their law firm in Weston in 1989 when the area had more cows than people. As Weston grew, so did their business, which included Weston Title & Escrow, Inc. In the mid-2000s, they were riding an unprecedented wave of activity in South Florida.

“We had this great development practice – all these clients building, developing and flipping. It was just insane. People were flying and the phone was ringing. Then one day, it was like the Twilight Zone,” says Oppenheim, snapping his fingers and waving his arms like an NFL referee signaling no catch.

Oppenheim, who had previously worked as a securities lawyer on Wall Street, watched as AIG and Lehman Brothers imploded. College savings accounts were temporarily frozen.

“I start seeing red – really red. At the same time, people are walking in and saying, “I can’t pay my mortgage,�” he says. First it was a handful of people, but it turned into hundreds.

Meanwhile, his traditional business of handling closings and doing title work had evaporated.

“A friend said to me, “Roy, your phone is not ringing. No one is walking in. No one is doing anything. Figure it out,�” Oppenheim recalls. “And so I went home and didn’t really sleep much. Am I really going to do this? Am I going to make this pivot and turn the tables?” His decision to fight lenders would put him in the national spotlight about foreclosure practices.

However, Oppenheim’s trek into the rabbit hole of foreclosures would never had happened if he and his wife didn’t want to have a good work/life balance. They first met in the registration line for law classes at Northwestern University and both worked for securities firms on Wall Street after graduation.

Pilelsky says she liked her boutique firm, which handled major projects and paid well. She was also able to routinely work a 10 a.m. to 7 p.m. schedule.

Oppenheim, however, would sometimes come home at 5 or 6 a.m. with bagels after working all night.

“We’d buy tickets to a Broadway show and I’d give them to my secretary because I couldn’t go,” Oppenheim says. And there were a lot of last-minute cancellations for dinner with friends.

The pair started looking at law partners in their 40s and didn’t think they were nurturing their children very well. “Before we had children, we said this was not the lifestyle we envisioned,” Oppenheim says.

They moved to South Florida, Oppenheim and Pilelsky working with  prominent firms in Miami and Pilelsky  then working in the state attorney’s office. Her father thought there would be opportunity opening a firm in the new community of Weston. And so, the law firm of Ellen B. Pilelsky was formed.

Oppenheim left his Miami firm on July 4, 1990, which he calls his independence day, and joined Pilelsky’s practice. “I was no longer going to be tethered to a large firm. I wanted to have balance in my life,” he says.

The Oppenheims pride themselves on subsequently not missing major events with their children, such as their daughter Melissa’s rowing regattas or their daughter Wendi’s fencing matches. Melissa now works for Facebook and Wendi is at Google. Their son, Lance, an award winning filmmaker, will be attending Harvard in the fall after having spent part of a gap year filming his next movie in Southeast Asia.

A work/life balance also allows them to be active in the community. Pilelsky drafted the incorporation papers for B�nai Aviv Synagogue, and both have served on the board.  Oppenheim formed the Weston Democratic Club and ended up attending President Clinton’s inauguration with the entire family.

The couple initially faced a lot of jokes about working in Weston when the ratio of cows to people was about 10 to 1. But then came the wave of development that would see Weston grow to 65,672 residents.

Weston developer Arvida, who had been a client of Oppenheim’s firm in Miami, gave them a lot of work. “A billion and a half dollars in closings later – that’s what happened,” Oppenheim says.

Oppenheim Law is the oldest and largest law firm in Weston with four other attorneys and more than 20 employees. It handles consumer-related class actions, including Firestone tires and DuPont’s Teflon, personal injury cases, commercial litigation and business law.

Oppenheim is more of the public face of the firm with his South Florida Law Blog, YouTube channel, and scholarly law review articles on the foreclosure crisis.  Pilelsky, who is known for having a good bedside manner with clients, handles the firm’s administration.

The housing meltdown changed the nature of the practice. Oppenheim was soon busy defending hundreds of clients facing foreclosure.

His background on Wall Street helped him understand the securitization of mortgages, while his title work provided insight into the chain of custody of documents.

“Very quickly, we saw the chains of title were broken, nonexistent or fraudulent, he says. “It became apparent that in many cases, the banks had falsified and forged documents – and that’s how the robo-signing crises evolved. There were a group of lawyers like myself who brought this to the attention of the authorities and media. We ended up winning and beating the banks in excess of 80 times, modified hundreds of loans and handled hundreds of short sales and negotiated settlements.”

Oppenheim has been quoted as an expert in foreclosure defense by The Financial  Times of London, The New York Times, The Wall Street Journal, CNN and The Huffington Post.

A pending Florida Supreme Court case is needed to sort out conflicting lower court rulings that could give lenders another bite of the foreclosure apple.

It has to do with the five-year limitation for finishing the foreclosure of a mortgage. The five-year clock starts running when a lender demands full payment of the loan and interest, a process known as acceleration, says Oppenheim, who has YouTube videos on the topic.

The question is: What happens in Florida cases where the foreclosure lawsuit was dismissed and the five years have run out?

In the case of U.S. Bank vs. Patricia J. Bartram, the Fifth District Court of Appeal said the lender could revoke the acceleration, called deacceleration, and file for foreclosure again.

In Deutsche Bank vs. Harry Beauvais, the Third District Court of Appeal ruled that a bank cannot refile after five years when a case has been dismissed and the borrower prevailed in the original foreclosure case.

Oppenheim supports that view, saying deacceleration is a made-up legal fiction. Courts in Missouri, New York, Nevada and New Jersey have all basically ruled that you can’t deacclerate after you accelerate a loan, he says.

Oppenheim expects arguments in the case in October and a ruling early next year.?