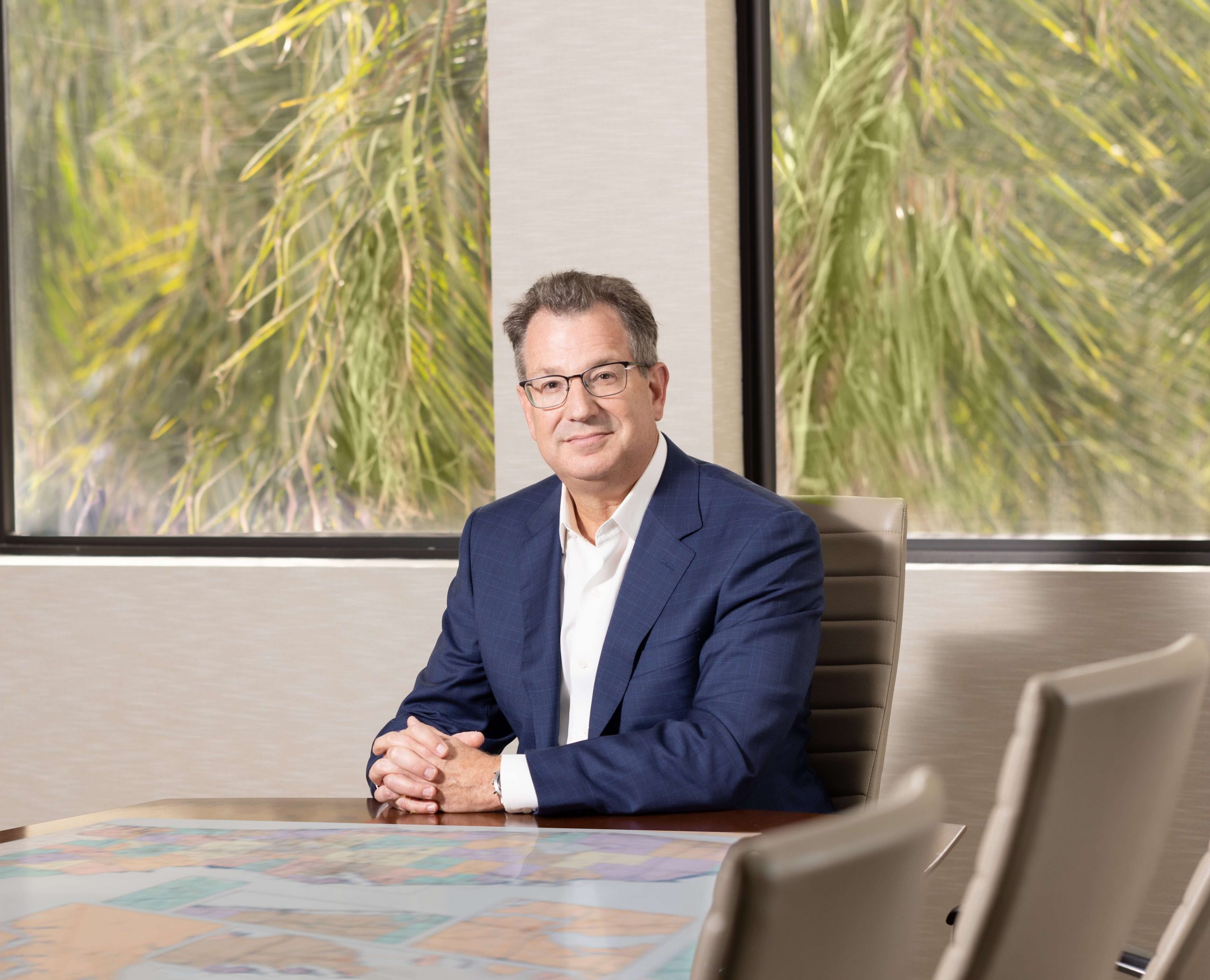 “We only insure houses in Florida,” says Paul Adkins of Florida Peninsula Insurance

When you talk about home insurance, it’s impossible not to talk about the water: the leaks and the water spots and the plumbing issues that every homeowner, everywhere, has to keep their eyes on. Boca Raton-based Paul Adkins, as the chairman and CEO of Florida Peninsula Insurance, has heard—and responded to—it all. “We insure 150,000 Floridians, and have a $500 million business,” he says, noting that “60% of our claims are water claims.” And then, in South Florida, there are the more existential water issues, of flooding and hurricanes.

He acknowledges that the risks of flooding have driven most private insurance out of low-lying waterside South Florida neighborhoods. He says that once many marquee insurance companies—national household names—either left the state or cut their business way back in the wake of the horrific 2004 hurricane season, Florida Peninsula moved in—and Adkins was in on the ground floor as one of the company’s six founders in 2005.

Adkins considers his company’s state-level focus to be the secret of its success. “We only insure houses in Florida,” he says. “We recognized that there was a gap, and that’s given us a leg up, because we understand the market. Each part of the state has different kinds of homes, different kinds of expectations for insurance.” He says the company was designed to customize its service to the state’s diverse regionality, whereas the big national companies saw the state as a single market. “We’re much more refined,” he says.

Though Miami Beach’s flood mitigations are achieving a positive effect, Adkins says, “Other parts of South Florida have not been so lucky. Delray Beach is flooding a lot more than it did in the past,” and adds Fort Lauderdale and Hollywood to the list. “If you drove through Hollywood in late October, you were up to the middle of your tires. Flood insurance is still primarily driven by the government, but we do offer some private flood insurance for customers who live in certain areas. In an area like Miami Beach, where you’re so close to the water, it’s still handled by the government. It’s probably the best insurance you can buy in that it’s pretty inexpensive compared to what the risk is.” Private companies still serve as the conduit: “Virtually any insurance agent can get you access.”

Adkins also has a special perspective on the pandemic-related labor shortage issues that are plaguing so many sectors. Peninsula Insurance has seen some turnover, and though Adkins favors a work-from-office model, he concedes that the rise of remote work has enabled the company to source talent from outside the state—from remote workers who may never have thought of Florida as part of their employment picture. “And we’re not necessarily looking for insurance expertise,” he says. “We’re looking for smart people, and they can be anywhere—a lot of them have math backgrounds or business backgrounds, in a totally different industry.”

The COVID-19 pandemic has also impacted the habits of his clients, from home remodels to additions to movement and migration. “What has really grown our customer base is the influx of people into Florida,” he says. The company receives referrals from real estate agents­ at the rate of probably 25 a week, and from the banking world: Referrals have come in from such players as JPMorgan Chase. (Peninsula Insurance’s generous charity work and Adkins’ personal philanthropic work—he has been on the boards of the YMCA and the Boca Raton Regional Hospital Foundation board for years—have only enhanced his company’s referral network.) “People are coming in from New Jersey, New York, Connecticut—and a lot of Texas and California as well,” Adkins says.

That means a lot of hammers, nails and foundations laid. “There are a lot more homes being built in Florida, and prices are increasing with the cost of raw materials rising,” Adkins says. “The overall value of homes is going up. It was a banner year for the Home Depots and the Lowe’ses of the world. The good news is that people have put money into improving their homes—and what we’ve seen historically is that people who are willing to do that are by far the best insureds.” Between policies based on the escalating value of the property, and homeowners who take the best care of their homes proving to be the most loyal clients, that’s good news for Peninsula Insurance. “It’s a win-win,” Adkins says.