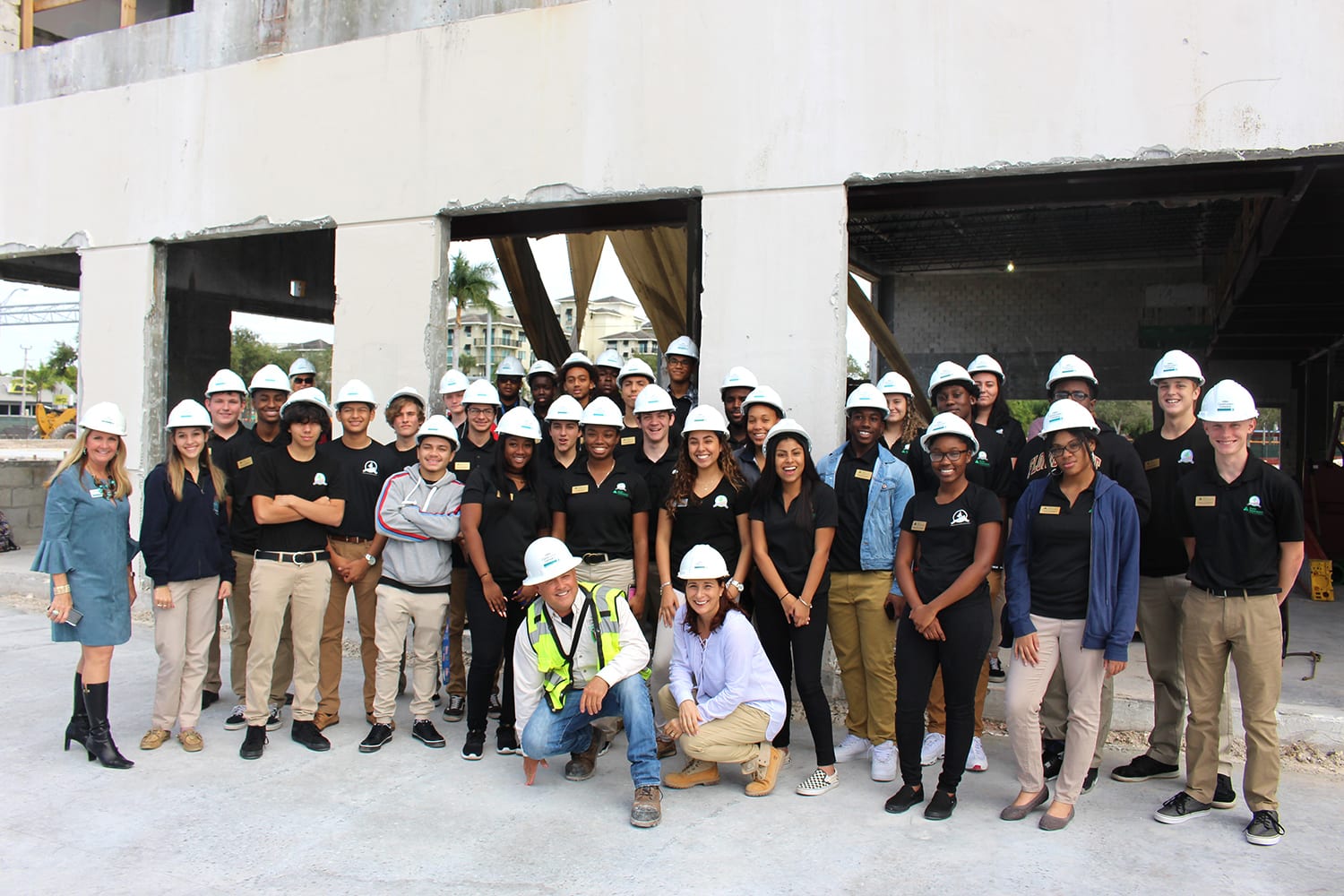 From learning the ropes of supply chain management to studying the latest in big data, Geomani Brooks was not a typical high school graduate. His evening routine of researching companies likewise showed exceptional rigor for his age.

But such are the interests and habits Brooks developed during his two years in Junior Achievement of South Florida, as a junior and senior at South Broward High School. From there, he earned a 2018 summer internship at City Furniture, whose president, Andrew Koenig, is a JA board member.

“I was shadowing the global logistics team for two months,” recalls Brooks, who will enter his sophomore year at Broward College in the fall. “Each day, I would shadow a different person, and learn how they do things as individuals and as a team. It was amazing, how much went into sourcing fabrics; they were very aware of where they got products from and child labor laws. That was one of the first questions I asked them.”

Brooks is one of 50,000 students in Broward and south Palm Beach counties who develop work readiness, entrepreneurial skills and financial literacy each year through Junior Achievement of South Florida. Launched 60 years ago by members of the Fort Lauderdale Rotary Club, JA South Florida is part of JA USA/Worldwide, which is celebrating its centennial this year.

“The research says that most kids only know five to eight career pathways—the ones their parents or family members are involved in,” says Laurie Sallarulo, president and CEO of JA of South Florida. “It’s our responsibility to teach them the skills they need to be successful when they go to work, but it’s also about opening their eyes and giving them opportunities to learn about all the different careers that exist in our community.”

JA South Florida’s 60,000-square foot campus, JA World, is the single largest JA educational facility of only 36 in the world. The late Marti and Wayne Huizenga in 2009 made the lead gift to the capital campaign while Broward College donated the land. Through a partnership with Broward County Public Schools, every fifth- and eighth-grade student participates in JA programs.

Fifth-graders participate in a series of 16 classroom lessons, where they learn about applying for jobs, voting, career opportunities and paychecks, among other staples of adulthood. Then, they put their knowledge to work at a JA BizTown, where they operate a simulated economy and run businesses. Both the Dave and Lorraine Thomas JA BizTown and Falcone Family JA BizTown have 18 public and private storefronts, sponsored by local businesses and entities, including Nova Southeastern University and SFBW parent Lifestyle Media Group.

At JA Finance Park, eighth-graders learn how education and personal finance intersect. By cross-referencing salary guides to actual jobs, they come to understand the intricacies of budgeting, saving, investing and credit.

For Brooks and his high school peers, the JA Fellows program is an entrepreneurial launching pad.

He and his 20-person team conceptualized and managed Ray Away, a company dedicated to raising awareness about skin cancer. They sold kits that included sunscreen, lip balm, lotion and Afterbite, an anti-itch cream. Ray Away finished third in the local JA Spark Tank, run like the popular TV show Shark Tank.

“Our team loved Geomani,” says Koenig, whose company is a regular intern recruiter. “We’re definitely waiting for him to hit the job market and see if there’s an opportunity there.”

Through this service, area employers hire students to conduct research and make strategic recommendations for growing their clients’ businesses. This summer, students are analyzing the public’s perception of City Furniture. “There’s a lot of debate internally on how our brand should be portrayed in our TV commercials,” Koenig says. “We’re looking at having them do some focus group research, where they’ll ask questions and get to understand people’s buying behaviors.”

This year also marks the launch of a JA BizPark storefront focused on the marine industry, which represents a $12 billion economic engine providing 142,000 jobs, according to Advanced Mechanical Enterprises, which led the project. In all, 24 companies contributed more than $130,000 to construct “Sea the World,” a series of nine walls representing the entire spectrum of careers ranging from engine room specialists and marina management to journalists covering the industry.

“The older gentlemen are aging out, and it’s imperative that we funnel this information to the younger generation to know that our industry exists,” says Christine Battles, chief administrative officer of AME. “In the ‘80s, parents were like, ‘You have to go to college,’ so there was a downfall in manufacturing—the welders, the machinists, the diesel engine mechanics, the hydraulic technicians. We’re trying to fill the pipeline.”

JA World is a mesmerizing experience for children and adults alike, says Broward County Mayor Mark D. Bogen, which allocated $500,000 to the nonprofit organization in the current fiscal year. “You could sit there all day in a classroom, but JA brings in real business systems and mentorship programs,” he says. “You open the door, and you’re walking down a pretend street, and on the right side is a bank, and on the left side is a business, a sheriff’s office, a retail store. Students get to participate and understand what businesses have to go through—it’s hands-on learning in a controlled environment.”

As for Brooks, he exemplifies the distance students can go if they simply take the reins. Numerous scholarships are giving him the opportunity to earn a bachelor’s degree for “free,” he says. After getting his associate degree, he plans to study accounting at the University of Central Florida.

“I would not be here today without JA,” he says, having already become a mentor himself. “I say to my fellow students, ‘Do not be discouraged, because there are foundations and programs to help you get to where you need to be.’ They provide the services you need—all you need to do is get out there and put in the effort and take advantage of the things that will help you succeed.” ♦