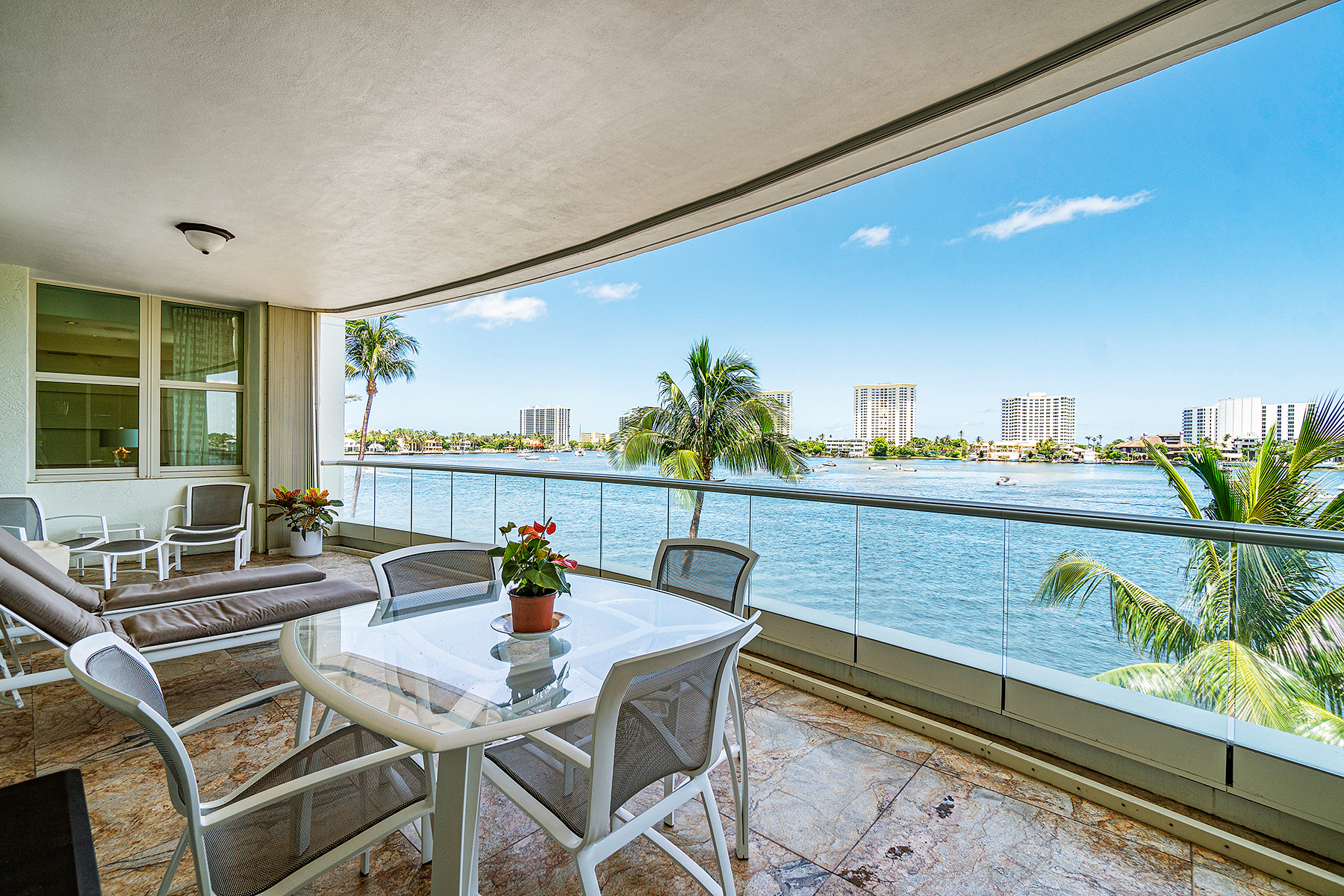 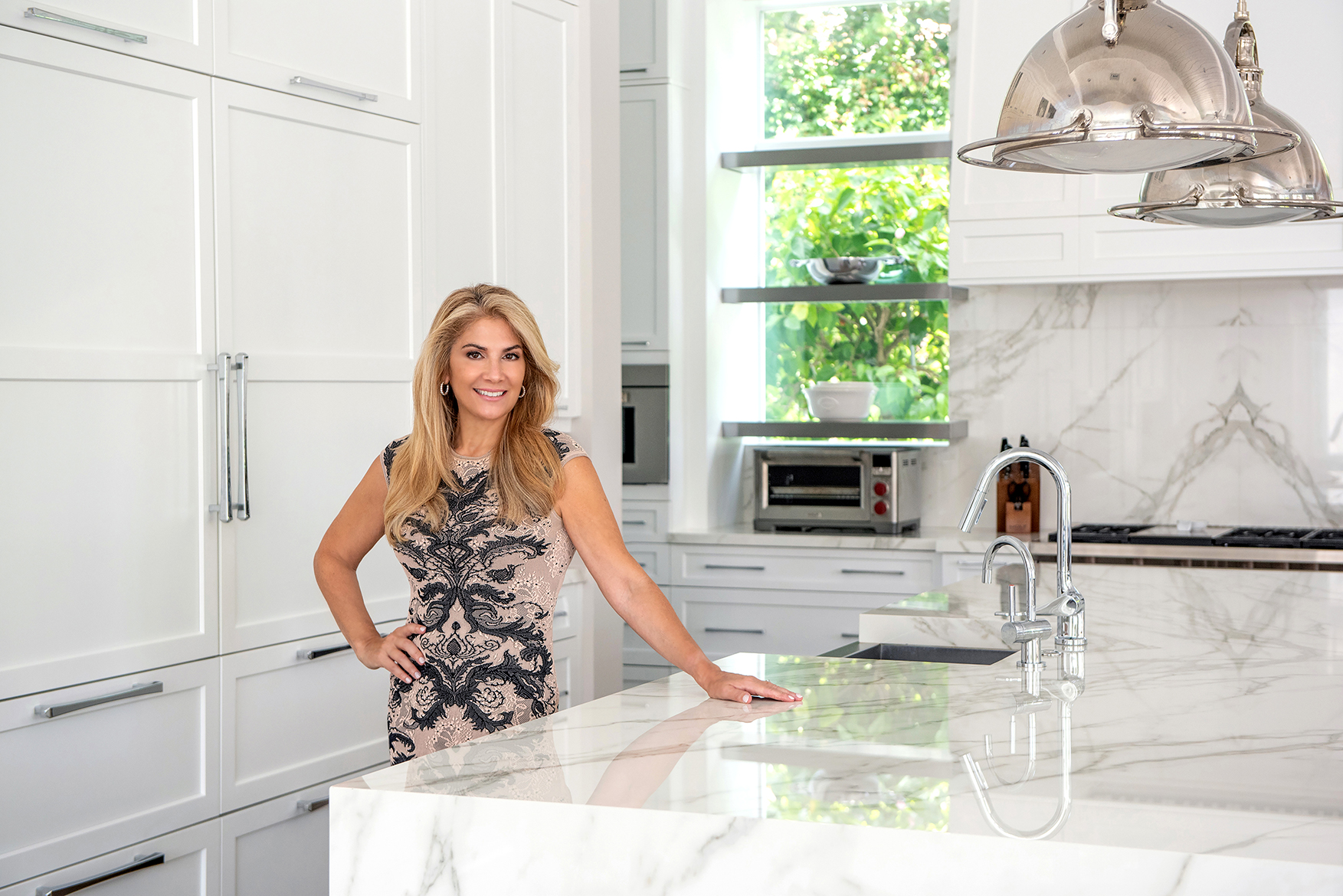 So Heatzig is justifiably jazzed about her $4.995 million listing at 550 SE Fifth Ave.: No. 303 South. “Michael Dell is planning a massive renovation with capital improvements and waterfront restaurants—they’re going to make it out of this world,” she says. “Without a doubt, it will have a positive impact on the values at Mizner Grand as well as other properties in this area.”

Of course, the condo itself has much to recommend it beyond its investment potential. It’s an ample 5,200 square feet, with four bedroom suites. “One of the unique features at Mizner Grand is that they have very generously sized residences,” Heatzig says, “so to have that kind of space without having to combine two apartments is fantastic.”

Though the residence will be sold unfurnished, the future homeowners will reap the benefit of lavish finishes, such as exotic Italian wood veneer paneling from Minotti; walls upholstered in Italian leather; a custom-crafted layered ceiling soffit system; and Juparana slab granite flooring, fabricated in angle forms and book-matched. The interior design is the product of a five-year-old renovation by Alfred Karram Jr. who is renowned for his work on homes and yachts for ultra-high net worth individuals. “It is finished to perfection, Heatzig says. “His standards are among the highest in the industry.”

And the home is as exclusive as it is sprawling: The apartment features a private elevator landing that delivers a sense of arrival—and discretion. “It has the element of privacy, no long hallways,” Heatzig says. “More exclusivity.” The landing boasts etched glass entry doors accented with premium Napa leather handles. Even the baseboards are rich—they’re limestone3 with ¾-inch beveled edges.

Heatzig explains that among the residences in the development, 303 South is enviable for its positioning and vistas. “This stack within Mizner Grand enjoys panoramic Intracoastal views to the north, east and south—without any obstruction,” she notes. “The weekend views of the boat parade are like an ever-changing painting. One scene is more beautiful than the next.” The vantage point for this show, the 32-foot-long terrace, is surfaced in marble. 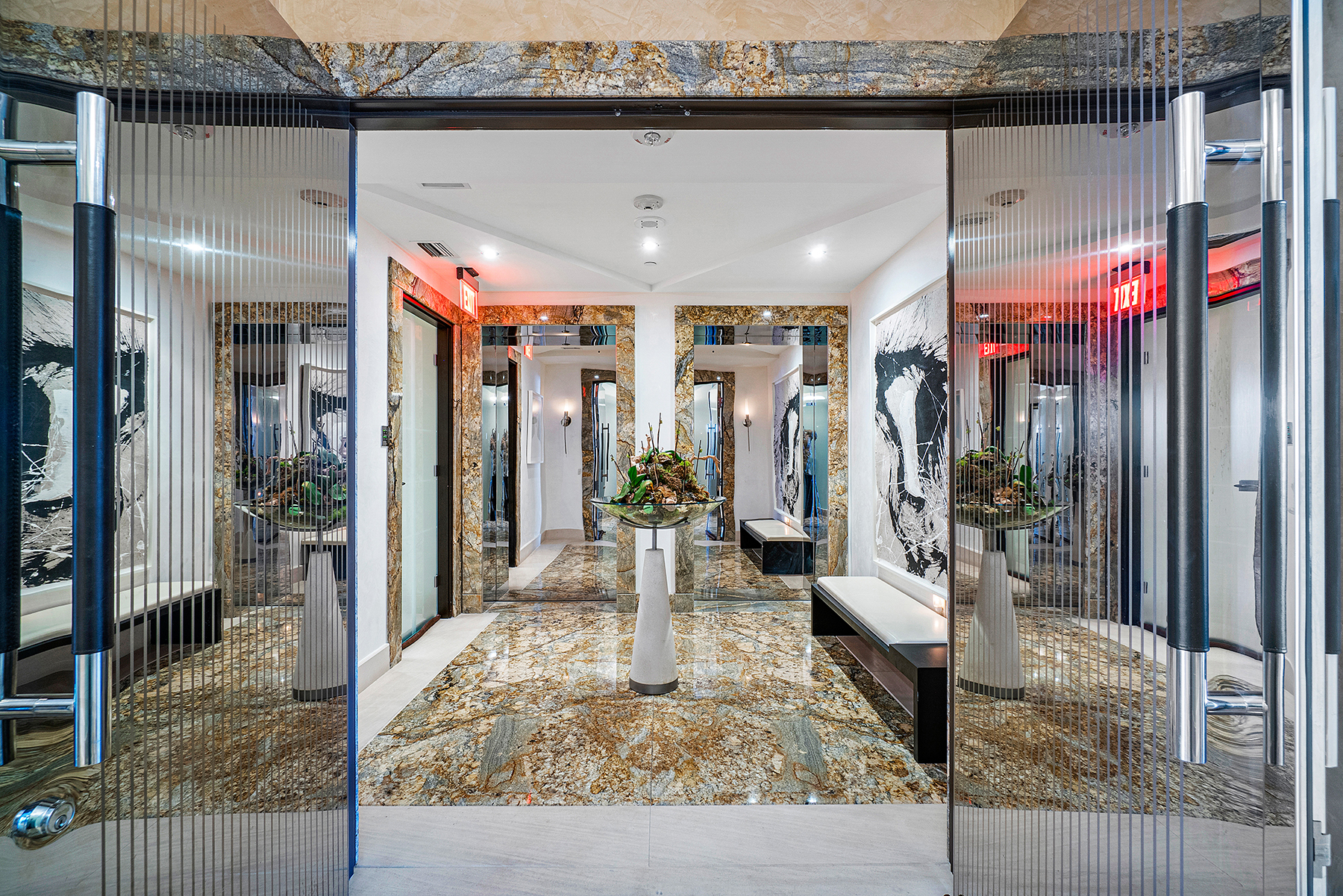 When she thinks about the view being enjoyed by the next owner, Heatzig imagines a family from the Northeast wishing to escape the cold and tight spaces, or unexpectedly, California. “In the past, nobody really left California,” she says, “but now we’re seeing a volume of that clientele. That’s more of a tax situation—that’s the feedback I’m getting.” Wealthy West Coast clients are also fleeing the ferocious destructiveness of fire season. In sum, South Floridians considering an upgrade to one of the state’s best-located condos will have more competition than ever.

Heatzig is ready as the market heats up; she’s been through all sorts of economic tumult, all the booms and busts. Since becoming a realtor in 2004, Heatzig, a lawyer who is a member of the state bars of Florida, Massachusetts and Connecticut, has sold more than $400 million in real estate. Raised in California, she’s made her mark in the Sunshine State as a member of Florida Association of Realtors and Realtors of the Palm Beaches; in 2020, she was recognized by the Wall Street Journal as in the top half of 1 percent of all Realtors in Florida based on sales volume. Her stellar client list includes A-list actors and Fortune 100 executives, which means she inhabits a world of ever-increasing refinement: “Working in the high-end luxury market, I see so much and watch the trends unfold. I learn something new every day.”