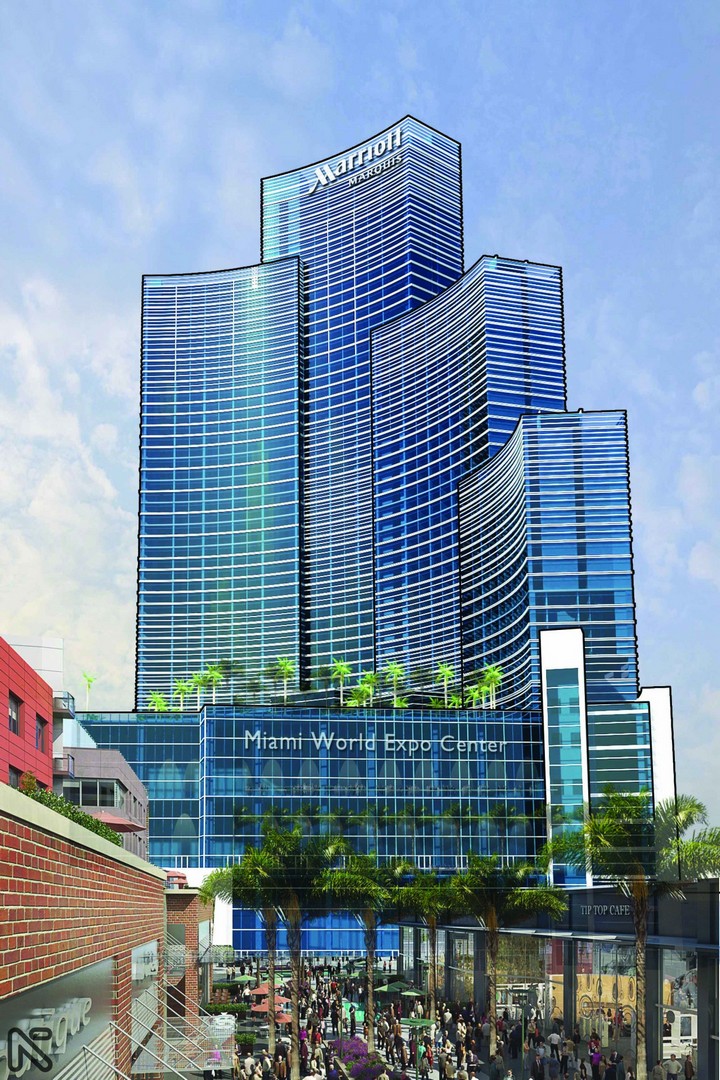 The Marriott Marquis Miami Worldcenter Hotel & Expo Center will be a new chapter for the city: It will be the first combination five-star hotel and major conference center for downtown Miami, a goal sought by local leaders for several decades.

MDM Group is developing the $750 million project that will comprise 1,800 rooms and suites and about 600,000 square feet of meeting and convention space. Groundbreaking is expected this year, with completion expected in 2018, says John Nichols, architect for the center and principal of leading hotel architectural firm Nichols Brosch Wurst Wolfe & Associates. RTKL is the development’s interior design firm.

�The Marriott Marquis Miami Convention & Expo Center is a true game-changer for this region,” says MDM Group vice president, Joseph Herndon. “The property allows us to compete for significant domestic and international conferences and events, and consequently will help generate the global recognition that this city deserves.”

Design of the structure will be cutting-edge and driven by its location, Nichols says. Built on the site of the Miami Arena and next door to the planned Miami Worldcenter, the Marriott Marquis Worldcenter will anchor the end of the pedestrian-friendly Seventh Street Promenade. Its Sky Lobby, which will feature restaurants and a spa, will be three stories tall and sit 120 feet above ground. It will have easy access to outdoors via escalators and glass-walled elevators. Views of downtown Miami, PortMiami and Biscayne Bay will be plentiful and dramatic, Nichols adds, including those from glass-walled ballrooms and the Sunset Terrace on the west side.

The hotel component of the project will be set back from the convention space in four towers of differing heights, creating the effect of having its own skyline. A series of landscaped terraces in each building will provide greenery, while carefully staged up-lighting will highlight the modern curves of the structures at night with a gradated, rhythmic effect.

The project is expected to feature the most technologically advanced conference space in the nation, with amenities that include a 65,000-square-foot grand ballroom, which will be the largest in South Florida. The center will also offer a 45,000-square-foot junior ballroom, 100,000 square feet of exhibition space and 390,000 square feet of additional meeting and event space, as well as a 1,500-seat theater.

“The fact that MDM is doing this game-changing convention center and hotel all with private money is particularly impressive,” says Nichols, who has worked on a number of MDM’s projects.

In 1998, MDM Group developed the JW Marriott Hotel Miami as the first luxury-branded hotel on Brickell Avenue, and then built the Barclay’s Financial Center, a mixed-use facility in the heart of the Brickell financial district.

Since then, MDM has pioneered the development of mixed-use communities within Miami’s downtown core with the $1 billion Metropolitan Miami project (also designed by Nichols” firm), which includes the JW Marriott Marquis Miami. ?