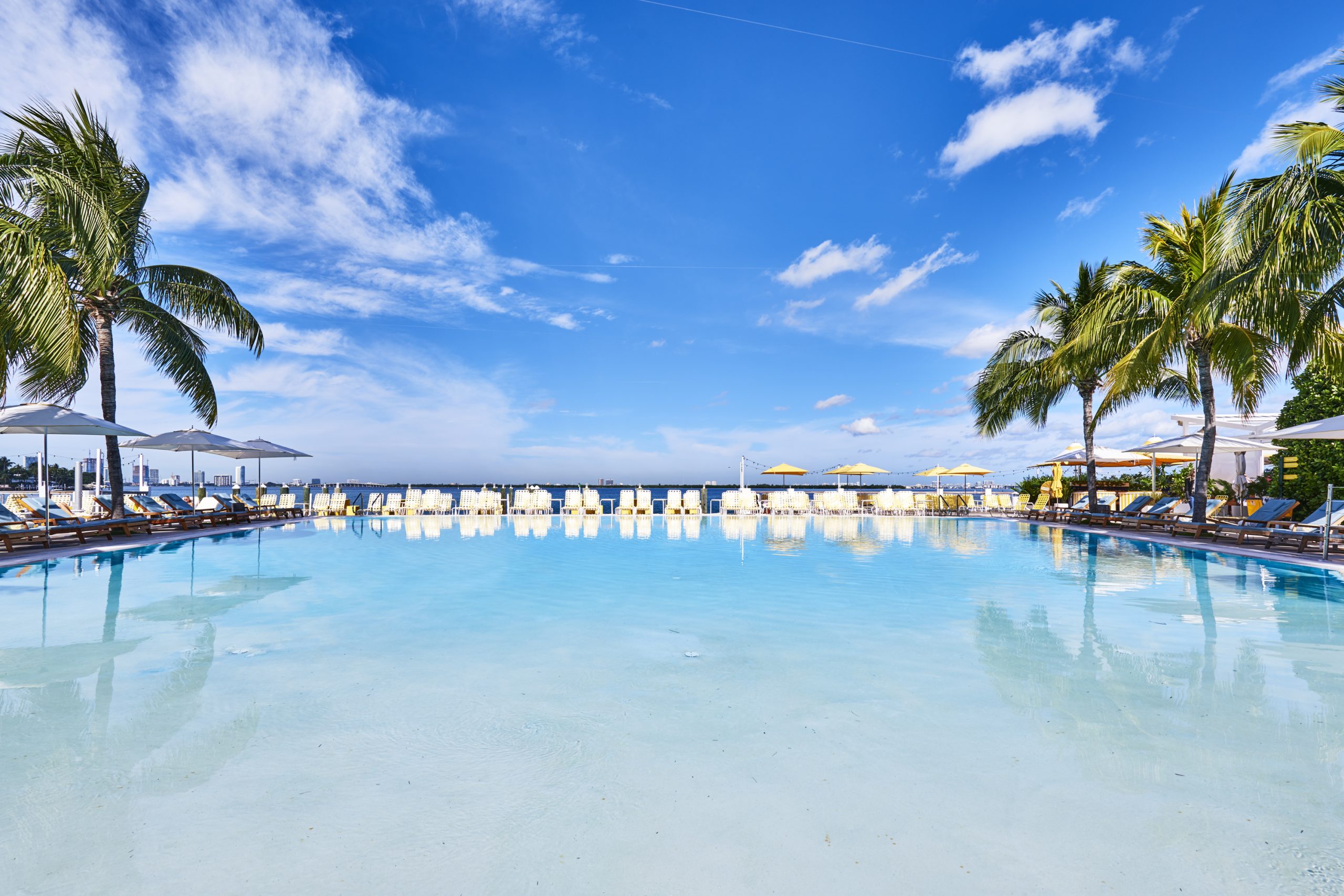 On a Tiny Miami Beach Island, the Standard Spa Delivers What No Other Hotel Even Attempts

The singular resort is fluent in the language of water

Which is the real flagship in the Standard hotel brand? It’s complicated. The first two properties debuted a couple decades ago, both of them in Los Angeles—in West Hollywood and Downtown L.A.—but neither survived the COVID-19 pandemic.

So, to many jetsetters, the Standard and its fresh cool factor have become synonymous with the 14-year-old tower that continues to straddle the High Line in Manhattan’s Meatpacking District and helped to make that neighborhood with the dubious past one of the city’s most popular and upscale destinations. The instant landmark was considered a genius move by revered hotelier Andre Balazs.

Meanwhile, Miami Beach’s Standard Spa already had been open for two years, since 2006, flying somewhat under the radar on Belle Isle, located on the Biscayne Bay side of Miami Beach. But these days, it’s hard not to think of it as the brand’s flagship, for the singular experience and amenities it offers. The name is a bit misleading: spas are typically removed, hushed places where calories are counted and stays feature salubrious and sometimes rigid itineraries.

Though holistic to be sure, the Standard Spa is more like a social club. The landscape design encourages lingering; the gardens are designed like a series of lush, semi-enclosed parlors dotted with daybeds and hammocks. To venture deeper into the property is to understand why memberships are so coveted.

Miamians come for the day—to work on their laptops or network beside the massive bayside pool; to tuck into heirloom tomato and burrata salads at the Bayside Lido Grill; and to wander, pose and luxuriate in a series of cunning, enigmatic and extremely well-lit indoor spa spaces. These include a hammam arranged like a stone-clad mini-amphitheater; an aromatherapy steam room; and something called the “ice room,” which is arrayed with improbably deep, metal soaking tubs.

Of course, Balazs is a well-traveled man, and he drew upon bits and pieces—the best bits and pieces—from his globetrotting: the Turkish baths and the “lido” beach clubs of Lake Como and the millennial-ashram-beautiful-people vibe of Tulum. Best of all are the outdoor hydrotherapy stations that bring to mind the island of Ischia and its hot spring hotels. You can book an outdoor mud treatment, or plan nothing at all—just move languorously from the slope-sided pool (you can walk right out of it, no ladder or stairs required), to the cold plunge, to the hot waterfall pool, to the little nook where a thick column of water pounds your shoulders.

In virtually every hotel or spa, such hydro features are available only when you reserve a treatment, but here, they’re part of the price of admission, open day and night. It’s conceivable to spend four, six, eight hours touching water. The Standard Spa is an adult playland for Aquarians. It’s not a party scene with thumping house music, thank heavens; it’s more low-key festive, spreading contentment in every direction. It’s not uncommon to wade around the pool and overhear multiple conversations about how surprisingly, brilliantly relaxing it is.

The guest rooms feel like tricked-out cabanas: modest but eminently comfortable. And they were conceived with some witty expressions of value engineering, as interior designers say. The rooms may not be huge, but outside many of them you’ll find a standalone bathtub; white curtains ensure a measure of privacy. As you soak, you can spy other overnight guests making their way to the shared water world, where there’s room for everyone.