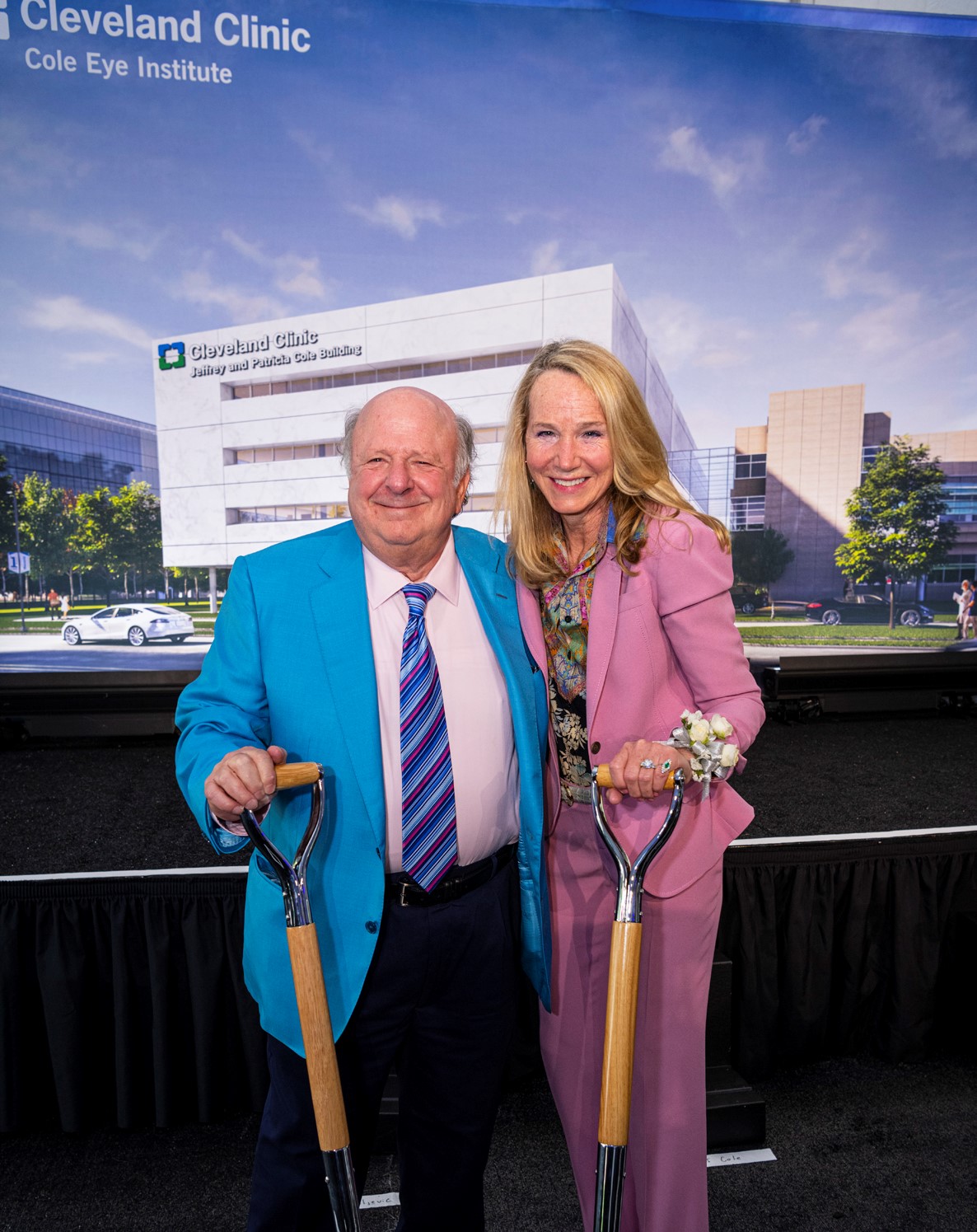 The enhancement was made possible by a $31.5 million gift from the Coles in 2016

Palm Beach residents Jeffrey Cole and his wife, Patricia O-Brien Cole, recently celebrated the ceremonial groundbreaking of the Jeffrey and Patricia Cole Building at Cole Eye Institute on Cleveland Clinic’s Ohio campus. Cole and his company Cole National Corp. also contributed the lead gift that established Cleveland Clinic’s Cole Eye Institute in 1999. He was chairman and CEO of Cole National Corp and co-founded Pearle Europe, which is now GrandVision while continuing to serve on the boards of eyewear companies.

Jeffrey and Patricia are both native Clevelanders now residing in Palm Beach, where Mr. Cole’s family has had a home for over 50 years. The Coles continued their philanthropic legacy by supporting this expansion to help serve more patients in need of eye care. They have also been generous donors to the Cleveland Clinic Florida Tomsich Health and Medical Center located in Rosemary Square in downtown West Palm Beach.

“I was taught about giving from the time I was in kindergarten and I would say that that really is what led to my involvement with Cleveland Clinic,” Jeffrey Cole says.