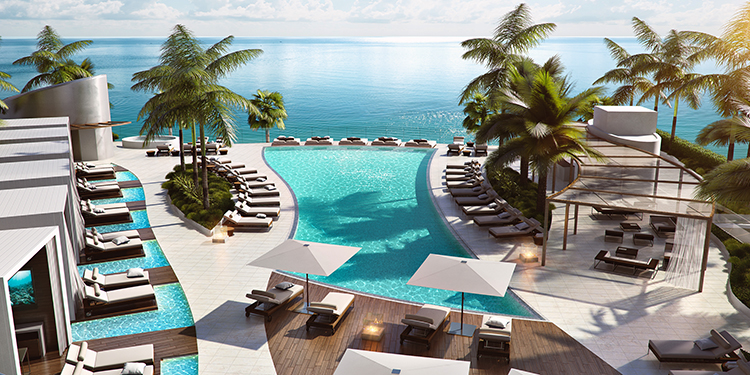 Paramount is emerging as a major brand in the luxury condo market in South Florida.

Paramount Bay in the Omni area was an iconic project during the last boom and the name is now going on new projects in Fort Lauderdale’s beach and in Miami Worldcenter. The 95-unit Paramount Fort Lauderdale is the first major new luxury condo on the beach in about 10 years, while the 466-unit Paramount Miami Worldcenter will be the only condo in the nearly 30-acre mixed-use project that will include a Macy’s and Bloomingdales.

Developer Daniel Kodsi’s Paramount Bay drew wide praise for its design, but fell into foreclosure when hit by the double whammy of delays caused by a construction accident and the general condo bust. During his 25-year career, Kodsi has developed more than 3,000 units and $1.1 billion in mixed-use, multi-family, condominium and single-family home developments.

Kodsi has a deep pocket partner for his new projects in developer Art Falcone of Boca Raton, who sold Transeastern Homes for $1.6 billion and his apartment portfolio for $480 million in well-timed moves before the recession. Falcone serves as CEO of Encore Housing Opportunity Fund, which has raised more than $1 billion in equity, and is director of Rescore REIT, which has approximately $3 billion in development.

Another well-known developer on the projects is Nitin Motwani, who is managing director for Encore and Worldcenter overall.

The sales center for Paramount Worldcenter is expected to open in January, but Paramount Fort Lauderdale recently had about half its units under reservation, said Peggy Fucci, president and CEO of OneWorld Properties, which is marketing both projects.

Paramount has been widely noted in Fort Lauderdale real estate circles for breaking the $1,000-a-square-foot price mark. Fucci said about half of the buyers are international, which indicates the allure South Florida has to foreign buyers is spreading north to include Fort Lauderdale. During a recent trip to Brazil to launch Paramount Worldcenter, she sold two units in the Fort Lauderdale Paramount.

The $2 billion Worldcenter will anchor a dramatic transformation on the north side of downtown Miami, which is also expected to have MDM Developments $600 million Marriott Marquis World Convention Center Hotel and All Aboard Florida’s Grand Central Station with high speed rail service to Fort Lauderdale, West Palm Beach and Orlando International Airport. The Worldcenter project will be perfect for shoppers since they will be able to take a private elevator right down to the mall, Fucci said. Worldcenter is also close to the Pérez Art Museum Miami, the Adrienne Arsht Center, the American Airlines Arena and the Phillip and Patricia Frost Museum of Science, which is under construction.

Paramount Fort Lauderdale, which is on the former Howard Johnson’s site at 700 N. Ocean Boulevard, overlooks the beach and Bonnet House Museum & Gardens. It’s also in an area with a lot of buzz, including new restaurants, the Conrad condo hotel and the revitalization of the North Beach area.

“People were waiting for a product that was new on the beach,” Fucci says. “People really love the location. You will be able to walk to so many different locations.” ?

Pricing: Sarting at $700 per square foot

Architects: Elkus Manfredi, which has done The Peninsula in Chicago, the Verb Hotel in Boston and The Paramount in San Francisco, plus a team in Miami.

Features: A large amenity deck, cascading gardens and infinity pools and a four-story rooftop deck designed to mirror the architectural accents of an Italian yacht.