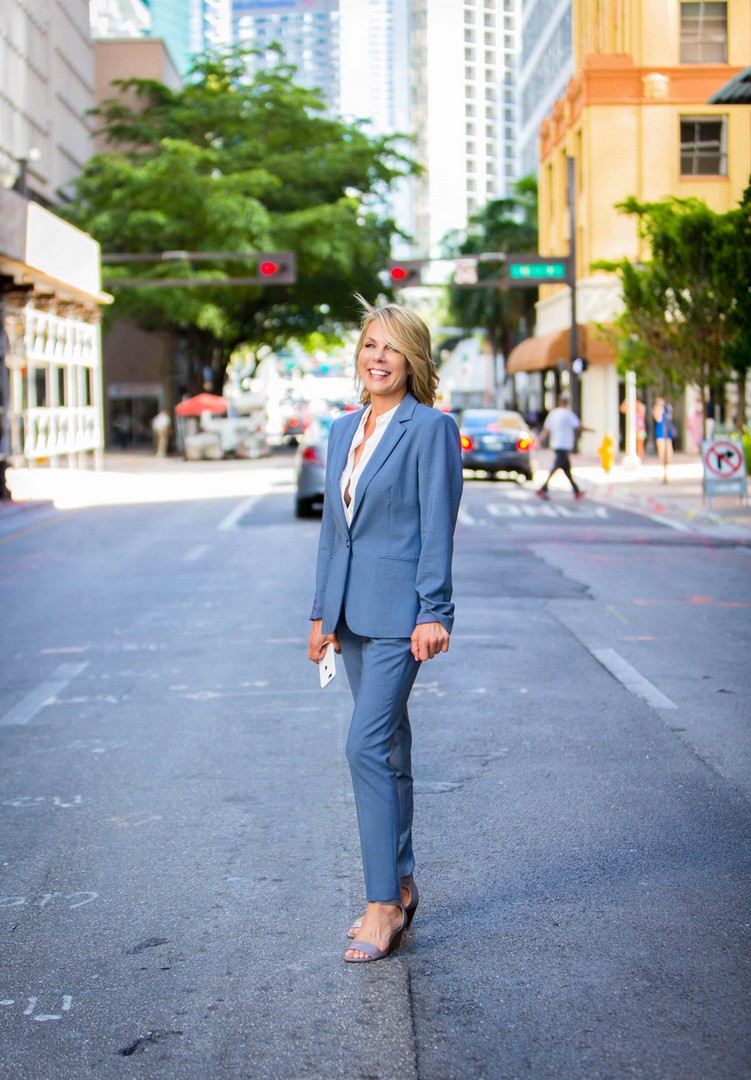 A few years ago, real estate broker Mika Mattingly knew a lot of the property owners in downtown Miami, but she didn’t have any buyers.

Then she met Moishe Mana.

Mika Mattingly enjoys the view from the Biscayne Building, 19 W. Flagler St., which was built in 1925. Moishe Mana
purchased the 14-story, former home of the Bank of Bay Biscayne for $24.5 million in August.

Brightline’s MiamiCentral transit hub will include Monger by the Voltaggio Brothers as part of its 50,000-square-foot Central Fare.

The historic Walgreen Building, home to La Epoca, is up for sale

There seems to be a perfect storm of conditions to propel the transformation. Flagler Street is getting a new $13 million streetscape that will do away with dirty, cramped sidewalks and create a pedestrian-friendly area with outdoor seating. Downtown has an array of historic architecture, much like Miami Beach’s Art Deco district, that is ripe for new uses. Brightline is bringing its high-speed rail service and an 11-acre development to the west edge of the historic area.

Mana gets to play the role of chief curator for the historic downtown, helping create the right mix of residential, retail and office space. Other investors are moving in, too. The buyers of the Dade-Commonwealth Building plan to add back some of the 10 stories of the building that were removed after being damaged in the hurricane of 1926.

Finding Opportunity
after the Crash

Mattingly, who is now part of Colliers International’s urban division, happened to be in the right place at the right time to work with Mana on the transactions.

She entered the real estate business in 2008 and worked for Majestic Properties and Metro One Properties, but then struck out on her own. “It’s good to be a rogue agent as a woman, because you make a lot of friends,” she says.

Mattingly met Mana through the owners of Gigi and Bardot, the popular restaurants in the Wynwood neighborhood.

“They knew how cool the downtown was. I had all the inventory, but I didn’t have any of the buyers,” she says. “He had never set foot downtown, but he fell in love.”

Only two of the 42 buildings that Mana bought were listed for sale, Mattingly says, but she had already knew about a lot of the owners. Some of the buildings had not traded hands in 100 years.

Mattingly describes Mana as charming and nice. “He was my secret weapon in getting the deals done. It was a two-year whirlwind with him,” she says.

Signs of the transformation are cropping up even before Mana unveils details of his plans. One example is the Langford Downtown Miami, which is in a 1925 Beaux Arts building listed on the National Register of Historic Places. Its ground-floor PB Station restaurant and rooftop Pawn Broker bar are hot spots for downtown workers.

Mattingly has the listing for the historic, five-story, 48,847-square-foot Walgreen’s building at 200 E. Flagler St., which is home to the La Epoca department store.

Mattingly is full of historical stories as she gives a tour. Charles Walgreen was a major purveyor of alcohol, which druggists could prescribe during Prohibition, and was friends with Al Capone, she says. There was a tunnel from Walgreens to the Olympic Theater, which had gambling.

Mattingly showed an unused bank vault in one building and told how there was a chute for Capone to throw money down.

While downtown has a historical designation, it’s not a protected district, so some buyers may tear down structures as desired. But don’t count Mana among them.

“I like the older stuff; I’m a bit sentimental in that way,” he said in an interview with Trillionaire magazine. (Mana was traveling overseas and couldn’t be reached by SFBW for an interview.)

He made an analogy about downtown. “It’s like Cinderella who needs a dress. Once you put the dress on Cinderella, she’s not Cinderella anymore,” he said.

Mana made a fortune in the moving business in New York before buying the former National Biscuit Co. headquarters in New York’s Meatpacking District. He set up a photography studio that helped attract the fashion industry, and the once-decaying area is now one of Manhattan’s trendiest neighborhoods.

Mana’s approach has some similarities to what Barlington Group has done in Little Havana, which was covered in the August issue of SFBW.

Barlington managing principal Bill Fuller cut a deal with Mana a few years ago for a downtown property and says he likes Mana’s idea of “buying en masse and really curating an entire neighborhood like a village. It takes those passion projects. It takes a series of them.”

An Area with
Unique Character

Akerman law firm managing partner Neisen O. Kasdin, the former mayor of Miami Beach, a governor of the Urban Land Institute and vice chairman of the Downtown Development Association, said the potential of the historic area was apparent when the 2009 downtown master plan was produced.

He expects interest in the area to increase when the streetscape project is done and investors divulge more details of their plans.

There could be some new projects because the zoning for downtown allows virtually unlimited heights and dense uses, Kasdin says.

There is not an abundance of listings for the historic area on Loopnet.com, which is used by commercial brokers. Besides Mattingly’s listing for the Walgreen’s building, the only other major property listed was 25 W. Flagler St., the home for City National Bank’s operational headquarters.

Flagler Past and Present

The Flagler name has both historical and current relevance to the street.

Henry Flagler’s railroad fueled the original Miami boom in 1896 when his railroad reached the city. For decades, the main train station was located just northwest of the Miami-Dade County Courthouse.

The $13 million in streetscape improvements on his namesake street, which are starting now in front of the courthouse and going east over a two-year period, will have railroad-style gates that block the street for special events. Traffic lanes will be narrowed to allow for wider sidewalks with room for outdoor dining. Valet stations will replace on-street parking.

“We think of this corridor as the early lifeline to Florida. Before highways, people were moving around the state in Henry Flagler’s investment in rail and development from Jacksonville south,” says John Guitar, senior vice president for Brightline’s parent, All Aboard Florida.

Brightline’s MiamiCentral station will serve as a transportation hub with links to Metrorail, Metromover and eventually Tri-Rail. By next summer, riders will be able to exit the station on Northwest Third Street.

Guitar envisions the 11-acre MiamiCentral mixed-use development as a meeting point for activities such as a farmers market or for running and biking groups. Bikes will be allowed on the trains. Ultimately, MiamiCentral will have more than 300,000 square feet of office space, more than 180,000 square feet of retail and restaurants and a 95-plus story tower with a hotel, retail, office and residential.

The first phase of MiamiCentral includes the 50,000-square-foot Central Fare, which will have six restaurants and more than 20 other food and stores, including a badly needed grocery store.

Bryan and Michael Voltaggio, who were on Bravo’s “Top Chef,” will open the signature Monger by the Voltaggio Brothers. The 10,000-square-foot restaurant will have three spaces with separate kitchens that will represent a fishmonger, butcher and green grocer.

Little Havana’s Azucar Ice Cream Company will have a location as will Andres Barrientos and James Bowers, better known locally as The Hog Bosses. Richard Hales will bring Blackbrick Chinese, and Yoleido Galiana will bring her 20 varieties of arepas at Doggi’s.

“We think of it as somewhat of a gateway into Miami,” Guitar says. “Our station and our environment will be one of the first things they see.” ↵