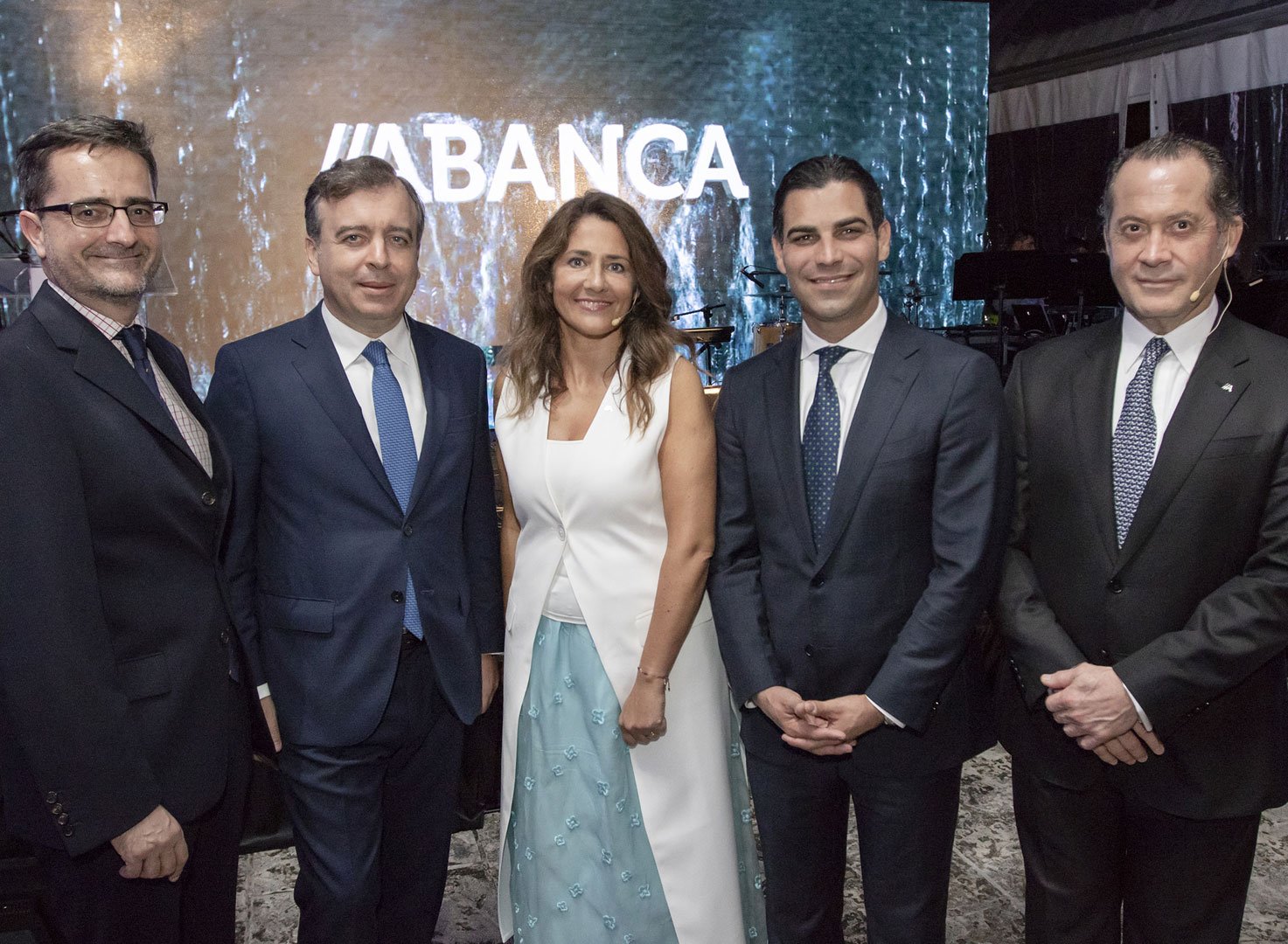 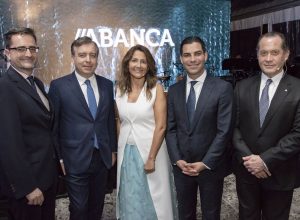 ABANCA gathered more than 350 guests in Miami to kick off its new office—its first in North America.

The bank may be of interest to local businesses since it will be offering small, medium and large business loans, Isaac González Toribio, director of community relations said during a visit to SFBW’s office. It will seek high-net worth customers for its retail operations, which are in a 12-member office at Brickell Arch at the Conrad Miami.

The bank also will serve the the growing number of Spanish and other international businesses that use Miami as a hub for operations in the Americas.

“We make a bank based on proximity, assuming that our role is to support progress, economic growth, coexistence and the sustainability of the planet,” Escotet Rodríguez said. “This city is the natural gateway for any organization that intends to build bridges between Spain, Europe, North America and Latin America, as well as being a powerful magnet of opportunities.”

Botas said ABANCA is a “financial partner of companies and families with interests in the United States, Latin America and Europe.”

Escotet is an experience banking leader who has familiarity with the Miami market. He was born in Madrid, but obtained a master’s degree in Professional Management Science from the University of Miami.

He is the chairman of Banesco Grupo Financiero Internacional, according to his biography of the ABANCA website. He began his career in 1976 with Banco Unión (Venezuela). In 1986 he founded Escotet Casa de Bolsa, which would lead in 1991 to Banesco Banco Universal. From 1992, he managed the international expansion of the bank, with the establishment of Banesco Internacional Panama and Banesco Internacional Corp. (Puerto Rico). The organization is present in seven countries: Venezuela, Panama, the USA, Dominican Republic, Puerto Rico, Colombia and Spain.

He is the chairman of Banesco Banco Universal and Banesco Holding, as well as the senior director of Banesco Seguros Panamá, Banesco S.A. (Panama), Banesco Banco Múltiple (Dominican Republic). He is also a consultant for the advisory council of Visa Internacional for Latin America and the Caribbean. He was director of Banco Etcheverría (Spain) from December 2012 until it was acquired by NCG Banco, S.A. In June 2014 he became deputy Chairman of the Board of Directors of NCG Banco, S.A. (currently ABANCA Corporación Bancaria, S.A). 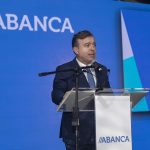 He became chairman of ABANCA in June 2017.

The ABANCA opening is notable in a couple of ways.

Its license from the Fed in December was the first of its type granted in the past 10 years, which may indicate a bit of a thaw in banking after the Great Recession. The license allows ABANCA to operate across the United States.

ABANCA’s entry also shows how the reorganization of Spains troubled caja community banks is being followed by growth. ABANCA was created from Novacaixagalicia savings bank.

With these operations the volume of retail business stands at 82,713 million euros and the commercial network has expanded to more than 800 offices worldwide, the company said. The bank’s press release indicated it is on solid financial footing with a default rate of 3.6 percent, in line with the European average and well below the Spanish average, and a capital ratio of 17 percent reinforced after the last issues, which have been very well received by the markets.