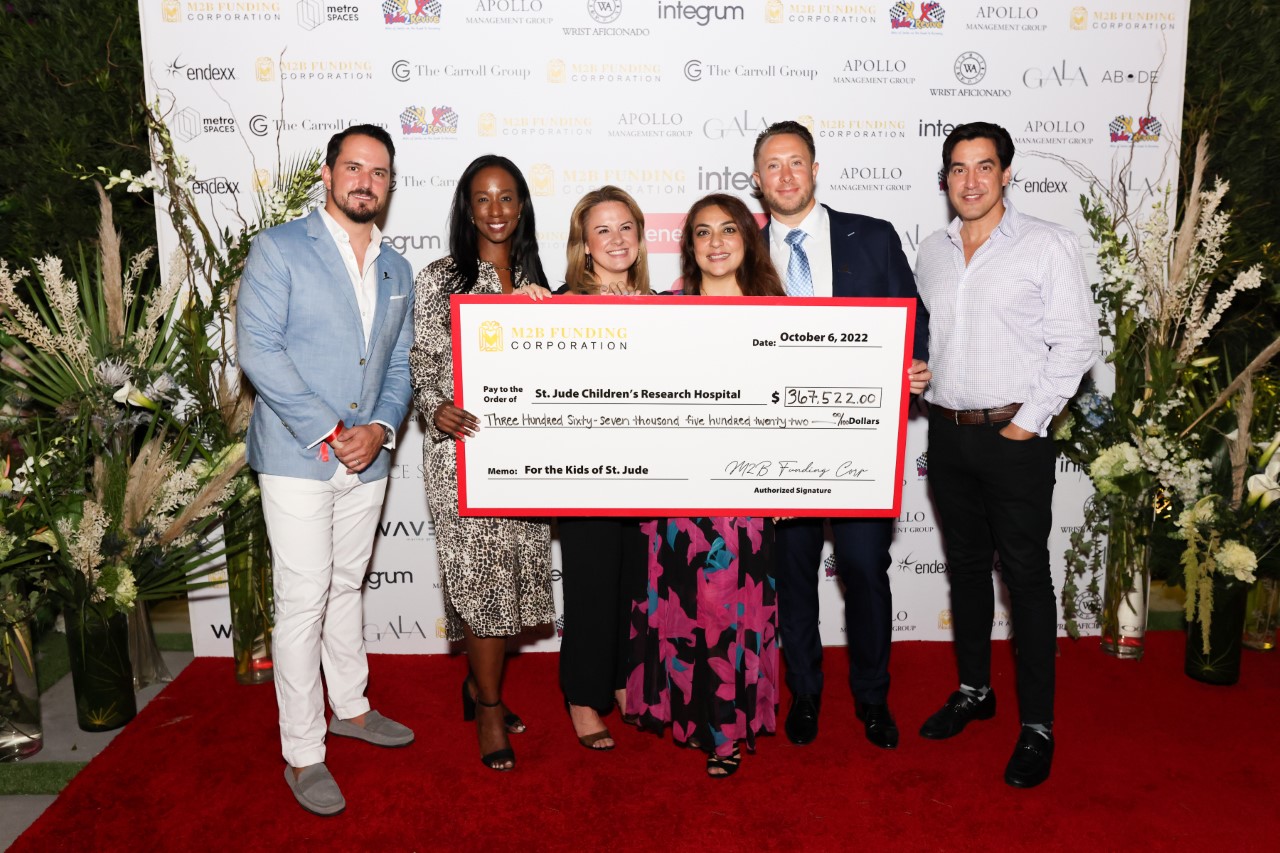 M2B Funding Corp, Apollo Management and Integrum Worldwide teamed up to raise $367,522 for St. Jude Children’s Research Hospital in Doral during an invite-only event at Gala Miami earlier this month. It was the second year the gala raised money for the hospital, with donations nearly doubled from the previous year.

The exclusive, star-studded affair featured exotic cars from Lamborghini Miami lining the entryway as guests arrived to enjoy Champagne Lallier, Belvedere Vodka cocktails and an endless sushi bar from NOBU. Notable guests included Valeria Orsini and Nina Serebrova, who were treated to an electric opening set by DJ Esther Anaya, followed by a set from headliner DJ Vice. In between those acts, attendees enjoyed an exceptional guest performance by acclaimed record producer and artist Scott Storch on the keys.

“In our first year, we quickly hit our lofty goal of $200,000 for St. Jude Children’s Research Hospital,” Daniel Kordash says, president of M2B Funding Corp. “I’m incredibly proud to say, this year, we have far exceeded our original expectations and raised nearly $400,000 as a result of our incredible partners and strong community that showed up in spades. Together with Integrum Worldwide, we are dedicated to using our success to help make a difference for others.”

“Being able to work with our partners to raise money for St. Jude for a second year in a row is such a blessing; especially doing so in a beautiful environment, surrounded by such a great crowd, fantastic sponsors, and best of all, friends,” Claude Zdanow says, president of Integrum Worldwide.