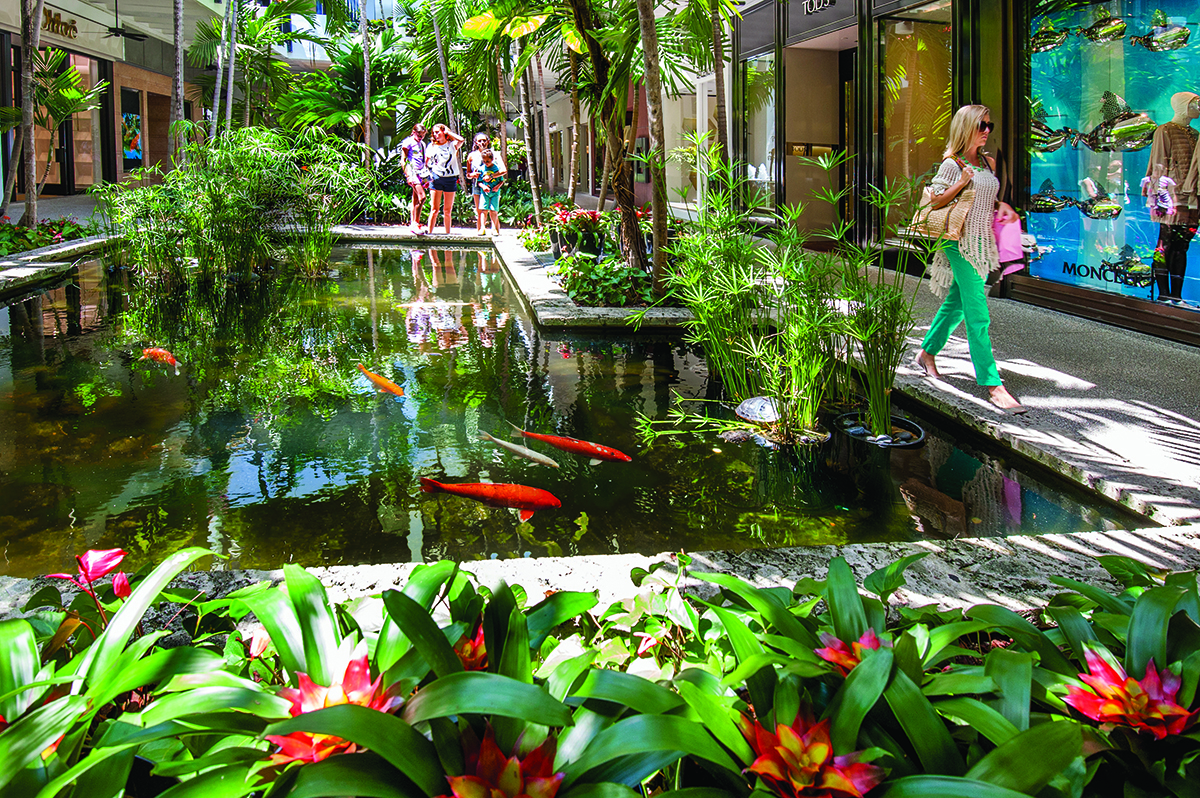 As Bal Harbour Shops plans a blowout fundraiser on March 5 and celebrates its 50th year, it also faces a key vote from city leaders about expanding.

In early February, Matthew Whitman Lazenby, CEO of Whitman Family Development, which owns the mall, was looking for one more supporter on Bal Harbour’s village council to clear the way for a public vote that’s vital to the shopping center’s expansion.

The Whitman family has bought and demolished the Church by the Sea at the south end of the shops along 96th Street and wants to cut a deal to buy the Bal Harbour Village Hall next door. The city charter requires a public vote on the sale of the land, so Lazenby is seeking to have the village council vote to call for that. Lazenby’s quest is complicated because one member of the council is an employee of Neiman Marcus, one of the shopping center’s anchors, and is recused from voting. That means Lazenby needs three out of the four remaining votes. He thought he was in good shape until the mayor expressed reluctance to call for the public vote.

Lazenby says he believes the city’s leaders are being civic-minded, but underestimate the amount of community support for the expansion. He bases the level of support on years of meetings with residents, saying it’s easy to go door to door in a village with a population of just 2,600.

The shopping center is already highly successful; in June, it was ranked first nationally with $3,070 in sales per square foot in an analysis by Green Street Advisors on CNBC.com. “Generally, if stores weren’t the top performer per square foot, they were in the top two or three – New York, Beverly Hills and Bal Harbour, back and forth,” says Lazenby. “In many instances, our stores did better than New York.”

However, Bal Harbour Shops tenants are pushing for more space amid an increasingly competitive retail landscape in Miami-Dade County.

In return for the 19,000 square feet under the Village Hall, Lazenby outlines what he calls a $100 million plan with up to 2 acres of public space. The land swap involves an 18-unit coop that’s been purchased from its owners and land under a SunTrust bank branch. The Whitman Family would also fund a new village hall and a waterfront park.

Lazenby estimates that expanding and improving the shopping center, which currently doesn’t have a mortgage, would cost about $500 million. SunTrust would be the lender.

The expansion would also expand the property tax base in the village and contribute more in food and beverage taxes since the village opted out of being part of the county’s resort tax pool.

Lazenby says residents would like to see more restaurants at the mall, which currently include Carpaccio, Le Zoo, Makoto, The Grill, and Zodiac in Neiman Marcus. Lazenby expects to add about three restaurants. Barneys also would bring its Fred’s dining concept, Neiman Marcus would improve its restaurants and Saks would likely add a sit-down restaurant or a food court-type concept similar to the one developed by Harrods, the 1 million-square-foot department store in London.

The Whitman family is also adapting to the changing retail environment in Miami.

In the past, Bal Harbour Shops was known for restrictive geographic lease clauses that prevented tenants from opening elsewhere in Miami-Dade County. However, there is now a view among retail experts that the market can sustain multiple locations of some brands. Lazenby diplomatically says his tenants helped him understand that the Miami market is changing and, “We had to change along with it.”

The stakes have been raised as luxury retailer LVMH, whose brands include Louis Vuitton, Christian Dior and Bulgari, decided to open a dozen stores in the Design District, including moving some from Bal Harbour Shops.

A few years ago, Lazenby went back to school and earned his master’s in real estate development from the University of Miami, saying he wanted to step back and look at the evolving market from an objective standpoint.

Lazenby says his family concluded that the Brickell area offered the best combination of affluent local residents, high-end business travelers and tourists, so it became an equity partner in the retail at Brickell City Centre, where a three-story Saks will anchor 500,000 square feet of retail. Mall powerhouse Simon Property Group is another partner.

North of the Miami River, Miami Worldcenter is planning what it calls a “high street” shopping experience, after dropping plans for an indoor shopping center that would have been anchored by Macy’s and Bloomingdale’s.

“The idea to build an enclosed mall in downtown Miami? I’m not sure I understood that other than to differentiate itself from the outdoor nature of Brickell City Centre,” Lazenby says.

With American Dream planning a 6.2 million-square-foot mall in northwest Miami-Dade and Aventura Mall planning a 315,000-square-foot addition, Lazenby was asked whether Miami could be on the verge of being over-retailed.

“I don’t care where you are in the world, where you are in history, what type of real estate you are developing, it all works the same,” he says. “Developers recognize a lack of supply in the market. They rush to develop it and fill it. Clearly, I do believe there is opportunity for growth and untapped potential for retail in Miami. Will developers overbuild? Probably. As long as Miami continues its rather aggressive growth and momentum, it will catch up.”

Destination Fashion at Bal Harbour Shops will mark one of the rare times the high-end shopping center closes its doors, just one indication of the over-the-top nature of the event. The VIP parking space along Collins Avenue will be transformed into a fashion paradise under the palm trees and stars.

Miami entertainment impresario and caterer Barton G. is producing the event, which will feature a performance by Miami music megastar Pitbull.

The last Destination Fashion event, in 2012, raised $31 million for The Buoniconti Fund, $25 million of which was contributed by Boca Raton philanthropist Christine Lynn.

Italian luxury brand Brunello Cucinelli will showcase its spring 2016 collection and the 2016 Women of Fashion and Substance will be honored.

Matthew Whitman Lazenby, CEO of mall owner Whitman Family Trust, is on The Buoniconti Fund board and says it’s an incredible time for The Miami Project, which is celebrating its 30th anniversary and is in the human trial phase of its efforts to cure paralysis. “There have been huge advancements, and I believe the prospects for curing paralysis have never been better,” he says.