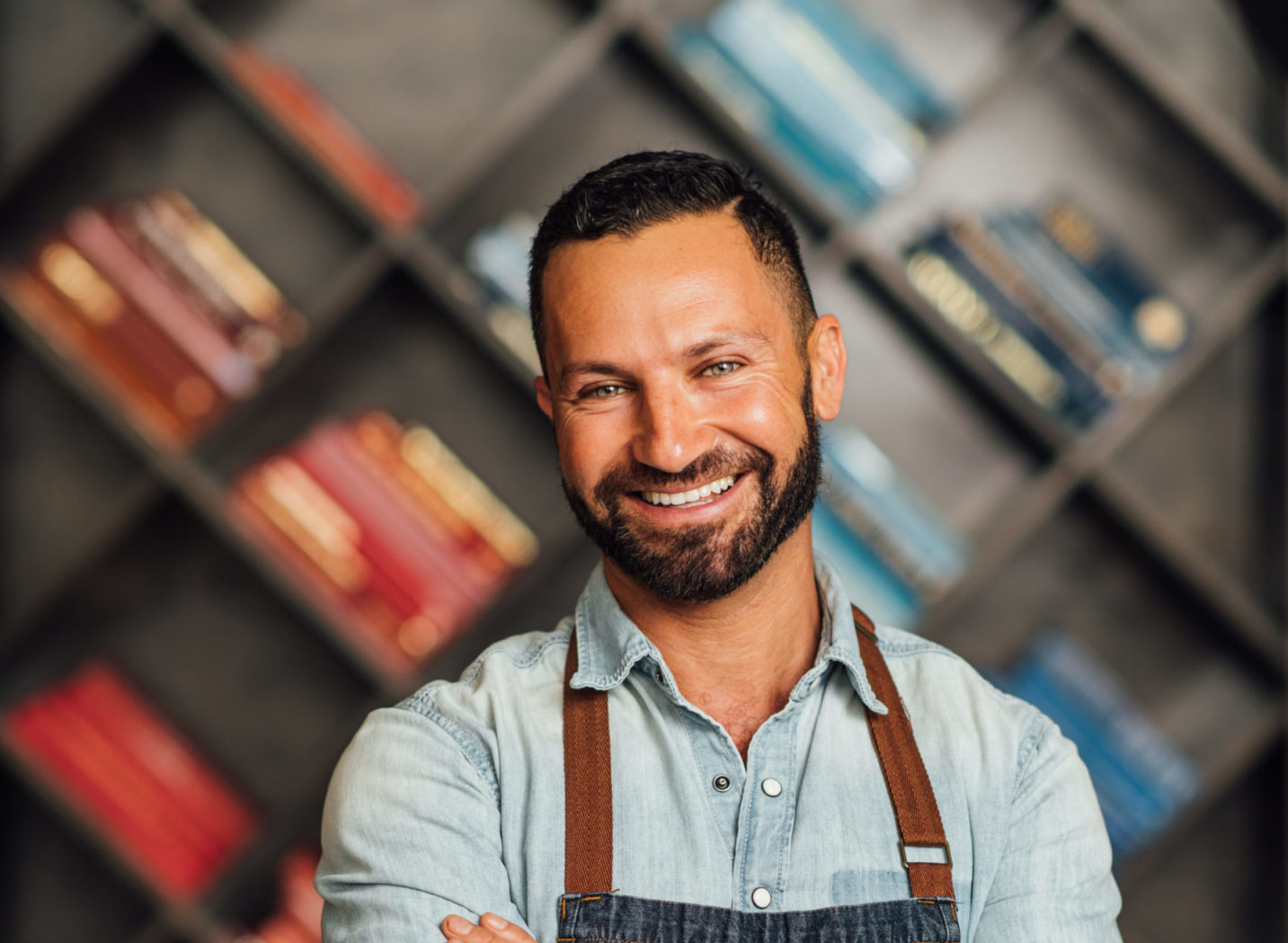 Heating Up the Holidays with Yaniv Cohen

Nutmeg, ginger, cinnamon and star anise: these are some of the fragrant spices warming Yaniv Cohen’s soul—and kitchen—this winter. “I’ll make sweet potatoes and I’ll sprinkle them with clove, cardamom and coriander and roast them just like that,” he suggests, “and add something sweet. Maybe cardamom cookies with cranberry, orange and pistachios.”

While Cohen would typically be racing around juggling roles as restaurateur, cookbook author, social media personality, father, and global culinary director and vice president for the experiential agency ShirazCreative, he says that being quarantined during the pandemic has given him a welcome excuse to spend more time excavating his own pantry for flavors that transport him back to his family home in Israel. There, he recalls, loved ones from myriad cultures gathered regularly to share laughter, love and recipes: “My father is from Tunisia and my mom was from Iraq. In Israel you have people—Jewish people—from all over the world. Every neighbor was from a different country and had their own dishes. Food brings people together.”

Cohen left Israel for New York City at 21, anticipating nothing more than a yearlong adventure. But fate had another plan in store, leading him to Miami and a multifaceted career in the culinary arts. Many have come to know him as The Spice Detective, a moniker he earned after starting a blog and YouTube channel of the same name in 2014. “I was always fascinated by the colors, the aromas, the medicinal properties of spices,” he explains. “They add micronutrients and antioxidants to our diet—things you might not find in other food sources.”

While he gained a legion of followers by teaching cooking classes and hosting private dinners for discerning clients, Cohen’s popularity grew exponentially after he opened his first restaurant, Jaffa, in 2018. Found at the recently renamed Mia Market in Miami’s Design District, Jaffa highlights Middle Eastern and Mediterranean flavors, spices and herbs but, he says, “Everything has a little twist. And the presentation is a little more playful and modern.” Social media influencers repeatedly snap the eatery’s intriguing dishes, especially the fiery shakshuka and the golden turmeric cauliflower with za’atar-spiced labaneh yogurt.

Like most restaurants around the country, Jaffa’s future seemed uncertain at the start of the COVID-19 pandemic and Cohen says he really missed social interaction, so he came up with a way to compensate: As quarantine stretched through the Jewish high holidays, he hosted cooking classes online so he could walk home-bound cooks through his take on traditional dishes. “I’m such a ‘people person’ that the first time I had to do a Zoom cooking class it was almost depressing,” he recalls. “But it actually worked. It was sweet and it was a beautiful way to bring people together. The energy still went through the screen.”

For Hanukkah (Dec. 10 to 18) he promises to make at least one batch of savory latkes for his fans (“I come from a Sephardic family,” he explains, referencing Jews of Spanish and Portuguese descent. “So our latkes are spiced. We use turmeric, coriander, herbs, parsley, cilantro, cumin. We definitely don’t serve it with applesauce. Maybe tahini.”). Other holiday-friendly menu items, including cardamom roasted chicken, a rice dish with root vegetables, and dessert starring red-wine poached pears can be found in the pages of Cohen’s My Spiced Kitchen: A Middle Eastern Cookbook released last year.

In the interim, he plans to continue participating in One Table, an organization that promotes gathering friends, family and even strangers for Friday night dinners similar to those religious Jews, Samaritans and certain Christians have hosted for millennia—albeit virtually, nowadays. “You don’t have to be Jewish to enjoy shabbat dinner with your family and friends,” he explains. “But when your traditional culture calls for it that pushes you to do it.”

Honoring deep-rooted traditions during trying times is how Cohen stays optimistic, though he has much to look forward to, regardless. The second outpost of Jaffa will open any day now at the new Okeydokey Food Hall in Brickell and, in early 2021, the concept will expand into Hallandale Beach with a full, sit-down restaurant and wine bar with live music and entertainment. Cohen also hinted he might be making a television appearance soon on the world’s leading streaming entertainment service. If variety truly is the spice of life, Cohen is just the chef we need in these times. 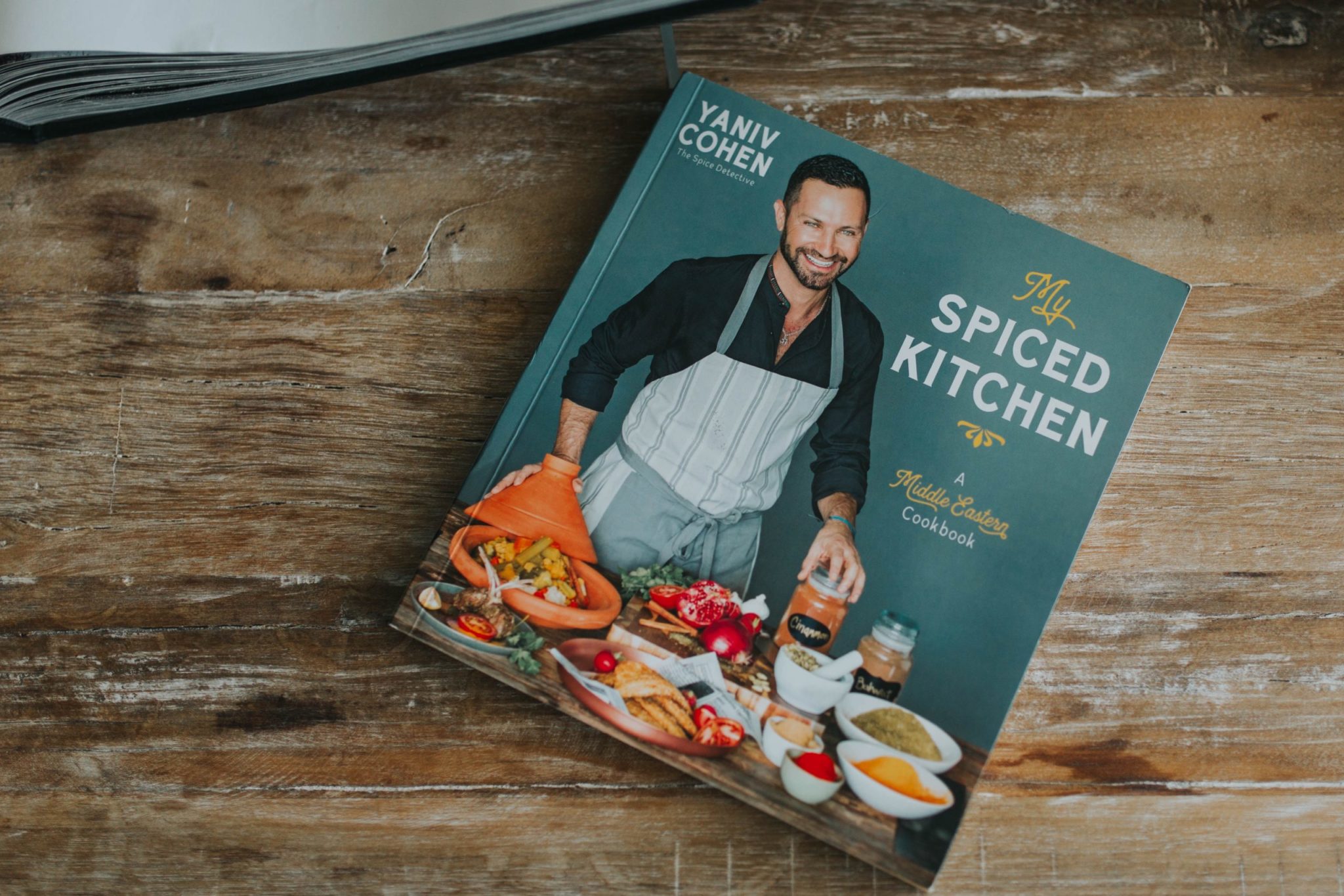