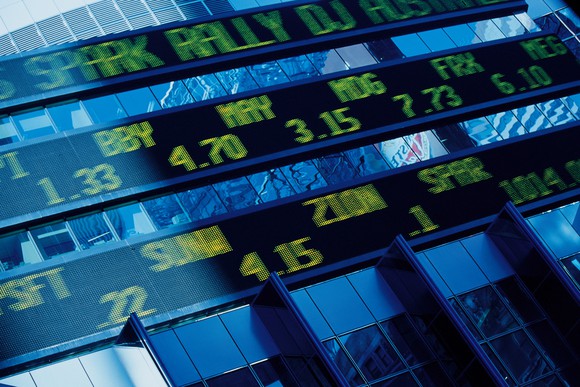 3 Bargain Stocks You Can Buy Today

If you are looking for cheap stocks, then Seadrill Limited, First Solar, and Alliance Resource Partners are worth a look.

If you are a bargain hunter when it comes to stocks, then the energy industry is certainly a place to look. I’m not talking about just the oil and gas industry because of cheap commodity prices — there are dirt-cheap stocks in every aspect of energy. Three companies that look incredibly inexpensive today and are worth examining are Seadrill Limited (NYSE:SDRL), First Solar (NASDAQ:FSLR), and Alliance Resource Partners(NASDAQ:ARLP). Here’s a quick rundown as to why they are worth your consideration

You don’t have to go far to find a bear case against Seadrill, and those cases aren’t without merit. The company has some big debt bills to repay or refinance in the next 12 months, and its earnings power is slowly deteriorating as rigs go off-contract and producers aren’t chomping at the bit to do offshore drilling work. So there is a pretty decent amount of risk associated with this stock over the next year or two as the company works through this dismal rig market.

If there is one reason to be hopeful that the company can pull this off, it’s that a decent-sized chunk of the company’s stock — about 23% — is owned by founder Jon Fredriksen. With so much of his personal wealth tied up in this company, it’s hard to see the company taking incredibly drastic measures that would completely destroy any semblance of shareholder value. There is also the fact that much of the company’s fleet is a new, high-specification fleet. We’re still seeing older equipment on contract that will eventually roll off and be scrapped, and as the fleet of available rigs sink, it will eventually lead to contracts for Seadrill’s rigs.

From a stock perspective, it may be worth the risk to at least take a look at shares today and wait for the turnaround to happen. Shares currently trade at a price-to-tangible book value of 0.14 times. Basically, the market says that the liquidation value of the company after all debts are paid is only worth $0.14 for every dollar on the balance sheet. This may be a binary stock, but shares being traded at that low of a price and the support of a highly invested founder are enough reasons to at least consider a modest position in Seadrill.

First Solar and the solar industry in general are a curious case right now. Even though the industry has been going like gangbusters and First Solar has remained solidly profitable for a few years now, Wall Street is incredible bearish on the stock these days as the company trades at a price-to-earnings ratio of 5.4 times and a price-to-tangible book value of 0.7 times.

The big culprit for this bearish sentiment is that there is a bit of a hangover from the recent investment tax credit ruling back in late 2015. At the time, the tax credit was about to expire, so a lot of companies were rushing to at least get projects under construction such that they could reap the benefits. Now that the tax credit has been extended, potential builders aren’t in as big of a rush. Panel demand is also weakening for 2017 as projects finish up in 2016 and don’t ramp up again until 2018. So, there is likely to be a one-year gap or so where earnings are quite weak.

For investors with a bit of patience, though, this could be a decent window of opportunity. One thing that you don’t have to worry about with First Solar that is a concern with many other solar companies is its solid balance sheet. Today, the company has $272 million in debt and $1.6 billion in cash and short-term investments. So there is plenty of wiggle room in First Solar’s balance sheet for the next year or two as it works through what could be a rough patch. At today’s cheap share price, this seems like a great point to pick up shares of First Solar and hang onto them for a long time.

There are a few puffs left on the Alliance cigar

It’s not that often that you will see a coal stock and a solar stock in the same conversation, but Alliance Resource Partners’ shares look rather cheap today despite the headwinds facing the coal industry. I think we are all kidding ourselves if we think that coal will be a viable fuel source several decades from now. Cheap, abundant natural gas is a cleaner alternative that is taking the bulk of coal’s market share today, but the up-and-coming competition from solar and wind is gaining ground every day, to the point that a new coal plant is one of the more expensive options for power companies looking to add capacity.

That being said, there is still a lot of coal being used, and Alliance has a lot of market share it can still capture over the next several years from the competition that has gone bankrupt. Alliance has the advantage of cheaper coal from the Illinois Basin and a much more solid balance sheet than anyone else in the coal business. It also helps that the company has a very conservative management team that has managed the downturn in coal prices very well and has been able to pay a sizable distribution. The recent distribution cut was more an act of great foresight rather than one of desperation that we have seen from so many others as of late.

There is a limited shelf life for coal in the U.S., and that is becoming abundantly clear. During that time, though, investors still have a decent chance to profit from Alliance as it continues to churn out distributions to shareholders at a yield of 8.7% today. As these bankrupt companies shutter production and Alliance fills the void, it has a decent runway of profits before things turn sour.

The Motley Fool recommends Alliance Resource Partners and Seadrill. Try any of our Foolish newsletter services free for 30 days. We Fools may not all hold the same opinions, but we all believe that considering a diverse range of insights makes us better investors. The Motley Fool has a disclosure policy.