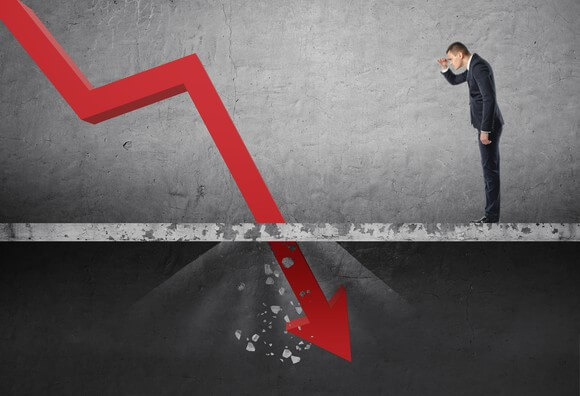 Stock market crashes are an inevitability. Here are a few dividend stocks to see you through the next one.

It’s a cold, hard truth that stock market crashes happen. And while true long-term investors shouldn’t pay market movements any heed, the fact of the matter is, even the most tough-minded investor inevitably falls prey to fretting over their portfolios when a crash finally does arrive. One of the ways to combat this, and generate valuable capital with which to buy stocks if and when a crash does happen, is by owning dividend-paying stocks. For reasons detailed below, Atmos Energy (NYSE:ATO), Brookfield Infrastructure Partners (NYSE:BIP), and Wal-Mart (NYSE:WMT) are three great picks to get Foolish investors started.

Riding out the last crash with ease

Sean O’Reilly (Atmos Energy): They say a rising tide lifts all ships. But, as is often discovered during a market crash, a sinking tide has the opposite, devastating effect, dragging down the most storied of stocks. Fortunately, thanks to their business models, there are a few stocks that held up amid the turmoil of the 2008 financial crisis. One of these, my pick for a stock that thrives in market crashes, is Atmos Energy Corporation. Almost a decade ago, the 2008-2009 crash sent the S&P 500 down over 60% from its highs. Atmos Energy, a Dallas, Texas-based natural gas distributor, saw its shares fall a mere 20% during the market’s darkest days in spring of 2009.

Since the depths of the Great Recession, the company has continued humming along, rewarding investors with a steadily increasing share price and dividend payouts. Because of its inherent stability, and well-known status as a crash-resilient stock, its dividend yields just 2.1% — decent in a world where 30-year Treasury Bills yield 2.8%. Its dividend has also grown from $1.3 per share in 2008 to an estimated $1.8 per share this year.

With a respectable dividend, rock-solid business as a toll collector for the transportation of natural gas, and a stock that held up remarkably well during the last stock market crash, Atmos Energy is a fantastic pick for investors looking for safety.

Being greedy when others are fearful

Matt DiLallo (Brookfield Infrastructure Partners): One of Warren Buffett’s notable investment quotes is that investors should “be fearful when others are greedy and greedy when others are fearful.” While many try to follow that advice, one management team that takes it to heart is Brookfield Infrastructure Partners. The company has a history of making game-changing acquisitions during market crashes, which then position it to increase distributions to investors at an even faster rate in subsequent years.

For example, during the 2008-2009 financial crisis, the company invested $1.1 billion in Babcock & Brown Infrastructure after the Australian owner of transport, energy, and utility assets nearly collapsed under the weight of its debt. That transaction diversified Brookfield’s portfolio and provided it with new platforms for growth, which helped drive double-digit cash flow and distribution growth in the years that followed.

More recently, the company took advantage of Brazil’s economic cash by investing $1.3 billion in acquiring a stake in one of the country’s largest natural gas transmission systems for a bargain price. The deal has already paid an immediate dividend by enabling the company to increase shareholder distributions 11% this year, well above its forecast for 5% to 9% annual growth.

That experience in taking full advantage of challenging times is why investors will be glad to have Brookfield Infrastructure Partners in their portfolios the next time the market takes a nosedive.

Shopping while the market’s dropping

Keith Speights (Wal-Mart): To be honest, most stocks will be dragged down in a massive market meltdown. “Thriving” in a market crash is relative. One stock that has weathered past downturns much better than most is Wal-Mart.

Back during the economic crisis of 2008, Wal-Mart stock actually finished the year up nearly 20%. That number is a little misleading, though: The big retailer’s stock had been up 35% a couple of weeks before the overall market went into a free fall. Still, Wal-Mart handily outperformed most stocks on the market. And finishing up in a year like 2008 is quite an achievement.

So, why was Wal-Mart able to fare better than others? One reason is that people still shop at its stores regardless of what the stock market does. Perhaps more importantly, investors know that people will keep shopping at Wal-Mart. Because of this awareness, Wal-Mart stock is less likely to be sold in the heat of a market crash than stocks of companies more sensitive to the underlying reasons behind the crash. I suspect this will still be the case for Wal-Mart whenever the next major market plunge occurs.

However, is Wal-Mart a smart pick for good times? I think so. Its dividend yield of 2.55% is a big plus. The company has also adjusted nicely to the new realities of online commerce. I expect Wal-Mart to enjoy solid growth over the next few years. This stock is a good one for when the market is dropping — and when it’s popping.