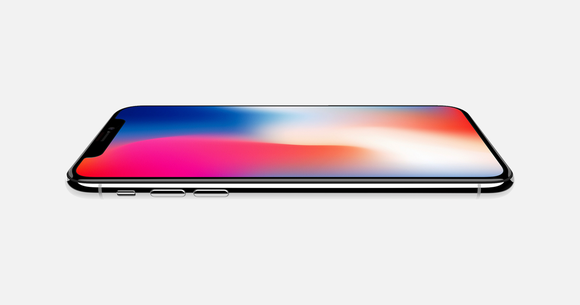 The new iPhone is going to be a hit, but Apple shares still fell during Tuesday’s debut. Let’s break down the reasons it happened.

Like a kid who gets every toy asked for over the holidays, it may seem hard to find an item that wasn’t checked off during Apple‘s (NASDAQ:AAPL) iPhone X event on Tuesday. The third generation of Apple Watch comes with the option of a cellular function that allows it to make and receive phone calls as well as stream music untethered to an actual iPhone, two of the biggest knocks on the leading smartwatch. Apple TV got a nifty update. The Apple 8, Apple 8 Plus, and then head-turning Apple X were all unveiled.

The market was left unimpressed. Apple stock that had moved higher earlier in the day — inching up during the early stages of the presentation itself — sold off to close slightly lower on the day. How can you seemingly give everybody what they want and still disappoint? Welcome to Apple’s reality. Let’s go over the reasons shares slipped following the news.

1. The iPhone X will be unavailable until November

Release dates matter, and while the new Apple Watch, iPhone 8 and iPhone 8 Plus will be available to preorder later this week and available next week, the same can’t be said about the bar-raising iPhone X. Apple will start taking orders on Oct. 27 for availability a week later.

There were already rumblings about a delay in Apple’s next-gen smartphone, but this confirms that the only iPhone featuring an OLED screen with edge-to-edge display, facial recognition unlocking, and user-animated emojis is nearly two months away from being out in the wild. The Nov. 3 release date also means that it won’t be out in time for Apple’s fiscal 2017 year that wraps up at the end of this month.

Pushing a hot device with a big-ticket price to November — just ahead of the holiday shopping season — may have its merits. More people on installment plans of existing iPhones will be able to hop on, too. However, in terms of an event that will find analysts paring back Apple’s moneymaking potential for the current quarter, the waiting will be the hardest part.

The iPhone 8 offers several upgrades over the iPhone 7, but it won’t be a surprise if demand is weaker than we’ve seen in previous upgrade cycles. Buyers lining up at your local Apple Store next weekend will be doing so knowing that a shinier new smartphone is rolling out six weeks later. It will be hard to get excited about that.

Apple’s annual updates make sense, even though most iPhone owners have no intention of annual upgrades. However, just as potential iPhone buyers tend to ease up in the weeks ahead of a new model hitting the market — knowing that they can get a discount on the current model by waiting it out — it may be hard to get excited about the iPhone 8. It won’t generate the same kind of buzz around the water cooler and at social functions.

“Why didn’t you wait for the iPhone X?”

3. Apple stock was too hot this year

Shares of Apple had soared 39% in 2017 through Monday’s close. The stock was up 77% since bottoming out in the double digits last summer. We’ve known about Apple prepping something special to celebrate the game-changing device’s 10th anniversary since last year, explaining why Apple’s market cap had appreciated by more than $360 million over the past year.

The “buy on the rumor, sell on the news” adage happens a lot on Wall Street, and it seems as if early leaks are nailing key iPhone features with surprising accuracy lately. The new features, the end of the home button, and even the $999 starting price tag were being mentioned long before the class act of Cupertino made it official on Tuesday.

Forward-thinking investors also know how Apple cycles go. Revenue peaked in fiscal 2015 when the iPhone 6 Plus cracked open a new revenue stream, only to decline in fiscal 2016 and on a pace to fall short of peak levels this year. There’s no denying that Apple X and its stiff price points will make fiscal 2018 a record year for Apple, but now we’re bracing for the inevitable swoon in fiscal 2019. The same bulls who have been looking forward to this event for more than a year will now start to worry about where Apple will find growth more than a year from now. We know the answer: Apple will find a way. However, until those post-iPhone X growth rumors begin to build, the market will sell on the news of the earlier chatter.