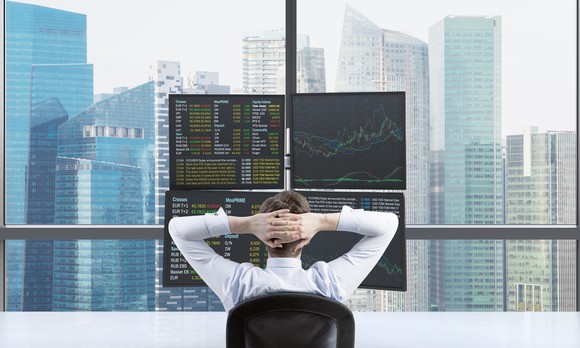 We think this tech stock, biotech, and oil-field service giant might be near turning points, which is why we’ve got our eye on them this quarter.

As investors, we are a pretty optimistic bunch. However, we try not to let our optimism get the best of us by rushing out to buy stocks that seem to have untapped upside, because that approach can lead to poor returns. To avoid that fate, we like to watch stocks for a while to see if their catalysts start to play out before we jump in. This quarter, we have our eyes on Fitbit (NYSE:FIT), Cempra (NASDAQ:CEMP), and National Oilwell Varco (NYSE:NOV)because while each has a potential catalyst or two just over the horizon, each offers the possibility of disappointment as well.

Fitbit: Lots of activity for the activity tracker maker

Evan Niu, CFA (Fitbit): I’ve been keeping an eye on Fitbit for a while, as wearable technology has the potential to be a significant secular trend in the long term. The company has established itself as a leader in the wearables market, thanks largely to its basic fitness trackers. While multipurpose smartwatches should threaten to categorically cannibalize fitness trackers, in much the same way that smartphones cannibalized numerous categories like stand-alone music players or point-and-shoot cameras, that pattern hasn’t really played out in wearables market (yet).

But Fitbit continues to look more interesting, particularly in the fourth quarter. First of all, the company issued dreadful guidance in November due to a number of operational challenges. The company says it’s being conservative, which may leave some room for an upside surprise. On top of that, it just acquired the leftover assets of defunct smartwatch start-up Pebble. While it will take some time to see how the acquisition affects Fitbit’s product roadmap, it’s definitely been an interesting quarter thus far.

Shares are also trading near all-time lows, and the valuation looks pretty cheap. At a certain point, the valuation may become extremely compelling; the stock could deliver meaningful gains if investors pick up shares at the lows and if Fitbit is able to improve its execution. Of course, calling the bottom for any stock is a fool’s (lower case “f”) errand, but the cheaper Fitbit becomes, the more compelling it appears. That’s why Fitbit will be staying on my watchlist for the time being.

Cempra has 2 big FDA decisions ahead

Brian Feroldi (Cempra): Clinical-stage biotech stocks often soar or collapse based on regulatory approval decisions. That’s why it is important for investors to keep a close eye on these companies as their FDA approval decision dates draw near.

One clinical-stage biotech stock with two FDA approval decisions coming up is Cempra. This company’s lead candidate, solithromycin, is seeking approval as a treatment for community-acquired bacterial pneumonia, or CABP. The company has submitted oral and IV versions of the drug for review and the FDA is set to issue their rulings on Dec. 27 and Dec. 28.

While solithromycin has some very real safety concerns to be worried about, the FDA’s vote could easily go either way. At the FDA’s advisory committee meeting, it managed to win a seven to six vote in favor of approval. The panel concluded that the drug’s efficacy outweighed its risks.

While that’s an extremely close vote, it is worth pointing out that there’s a serious need for new treatments options for CABP. More than 5 million cases of CABP are diagnosed each year in the U.S. alone, and antibiotic-resistant bacteria rates can exceed 50%.

Of course, this is the FDA we are talking about, so there are never any guarantees. That’s why I wouldn’t put real money behind Cempra just yet, but it’s certainly a stock worth paying close attention to this quarter.

National Oilwell Varco: Is a rebound around the corner? 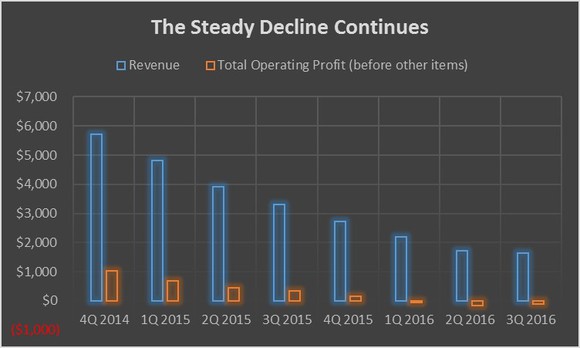 That deterioration was supposed to stop last quarter, with the company guiding for a 10% increase in revenue due to large projects that it had booked earlier in the year as well an improvement in the company’s production-related business. Unfortunately, things did not go quite as planned. The company reported another 5% decline in revenue.

While the company’s management team did warn on last quarter’s conference call that revenue across most of its segments would be down in the fourth quarter, they also said that the industry was “at or near the bottom of an extraordinary down cycle.” Further, they saw several tailwinds starting to develop, which lead them to believe that a recovery was on the horizon.

Since providing that outlook, there have been several new positive developments including an OPEC agreement to cut production starting next year, and similar pledges from several non-member nations. These agreements, along with sinking crude supplies in the U.S. and healthy demand growth have pushed oil prices higher, causing producers to start putting rigs back to work. This improvement in the market could lead to stronger fourth-quarter sales for National Oilwell Varco as its customers restock their equipment inventory in anticipation of activity ramping up next year. If results do bounce off the bottom in the fourth quarter, National Oilwell’s stock could take off in 2017. However, if results continue to slide, they will likely take the stock with them.