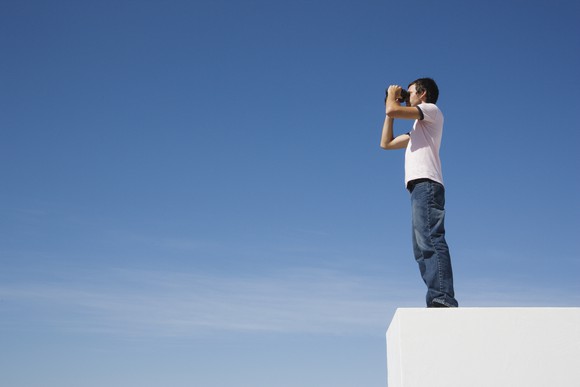 This biotech titan, entertainment giant, and top beverage company all have what it takes to be great long-term buys.

Although buying and holding stocks is a proven method of producing life-changing returns on capital, the reality of the matter is that not all equities are great long-term investing vehicles. Many companies, after all, lack the type of rock-solid competitive moat necessary to create value for their shareholders over long periods of time.

With this theme in mind, we asked three of our investors which stocks they think are worth owning until at least 2030. They recommended Celgene Corporation (NASDAQ:CELG), Disney (NYSE:DIS), and Starbucks Corporation (NASDAQ:SBUX). Read on to find out why.

George Budwell (Celgene Corp.): Trying to predict where any biotech or biopharma company will be in over a decade is an immensely difficult task. The regulatory and innovation landscapes, after all, have been evolving at breakneck pace lately, and will probably continue to do so for the foreseeable future.

But if past is prologue, then the top-dog Celgene should prove to be a great long-term buy-and-hold investment. While Celgene’s flagship multiple myeloma drug, Revlimid, almost certainly will be on the downside of its commercial trajectory by 2030, this company’s super-aggressive approach to pipeline development should keep it growing well beyond the loss of exclusivity for its current flagship medicine.

In 2015, for instance, Celgene shelled out $7.2 billion to acquire the experimental multiple sclerosis drug ozanimod that’s now producing stellar late-stage results, and thus appears capable of living up to its megablockbuster potential. Similarly, Celgene paid $1 billion to Juno Therapeutics in one of its first major efforts to become a leader in the next wave of cancer immunotherapies. Since then, the biotech has gone on to sign multiple research deals with a host of up-and-coming immuno-oncology companies like Jounce Therapeutics and bluebird bio, among many others.

While there’s no telling what the future may bring for the biotech industry as a whole, Celgene should be well positioned to continue creating value for its shareholders for an extremely long time to come.

A kingdom built to last

Keith Noonan (Disney): In 2023, The Walt Disney Company will celebrate its 100th year in operation. That’s an incredible achievement for any business, let alone one in the frequently shifting entertainment industry, and it points to an adaptability that should help The House of Mouse continue to thrive for decades to come.

The biggest threat Disney faces is the decline of its media-networks segment — with the company’s hugely profitable ESPN network under pressure as a result of cord-cutting and rising content costs. The leading sports network has now lost roughly 13 million cable subscribers since 2011.

Last year, the company’s media-networks segment accounted for roughly 43% of revenue and 49% of operating income, and ESPN is, by far, the segment’s largest contributor, so its declining performance presents significant risk. That’s the bad news, but it’s far from the whole picture.

On the media-networks side of things, Disney has the opportunity to mitigate the effects of cord-cutting by getting its channels in with “skinny bundles” like Dish Network‘s Sling and Alphabet‘s YouTube TV. The company also expects to launch a direct-to-consumer streaming version of ESPN later this year, which will mostly feature different programming than the core cable network, and allow it to generate more sales from a greater portion of its catalog of licensed sports content.

Then there’s the company’s parks-and-resorts, film, and consumer-products divisions to consider. Each of these businesses looks poised to continue functioning at a high level and are tied together by the strongest lineup of characters, stories, and creative studios in the world.

Trading at 18 times forward earnings estimates and backed by a dividend that yields 1.5% and has plenty of room for payout increases, Disney’s strengths make it a stock worth holding through 2030 — and beyond.

Wake up to this growth stock

Dan Caplinger (Starbucks): It’s easy to think that you know everything you need to know in order to invest in Starbucks. If you like coffee, then the company’s business model speaks for itself. If you don’t, then one look at the long lines that stretch outside many of the company’s locations should convince you about Starbucks’ sustainability.

Yet there are many things beyond the obvious that most investors don’t realize about Starbucks’ success. The coffee giant’s most lucrative business isn’t in its own locations, but rather in grocery stores, where its branded-drink products are among the most profitable for the company.

International growth is also one of the key future drivers for the business, because even as domestic trends become less favorable for Starbucks, the opportunity to open new markets and to expand in areas where the number of coffee-sales locations is well below the saturation point becomes more valuable.

That isn’t to say that Starbucks doesn’t have challenges. Employee concerns have been on the rise lately, but new CEO Kevin Johnson is aiming to make it easier to have those concerns met by appointing a new corporate-suite-level executive to act as an advocate for baristas. Consumer trends also change, but Starbucks works to adapt to those changing conditions.

Yet Starbucks has demonstrated its ability to overcome obstacles in the past. With growth initiatives, like its Reserve Roasters concept and greater integration of technology like mobile ordering and payment, Starbucks has the staying power to last to 2030 and beyond.

10 stocks we like better than Walt Disney
When investing geniuses David and Tom Gardner have a stock tip, it can pay to listen. After all, the newsletter they have run for over a decade, Motley Fool Stock Advisor, has tripled the market.*

David and Tom just revealed what they believe are the ten best stocks for investors to buy right now… and Walt Disney wasn’t one of them! That’s right — they think these 10 stocks are even better buys.