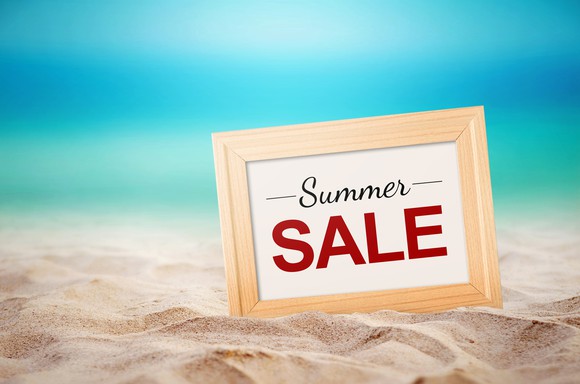 These cheap stocks could be money in your pocket over the long term.

The U.S. stock market has had its fair share of hiccups in 2016, with the worst two-week start in recorded history to begin the year and, more recently, a Brexit-based swoon. But at the end of the day, the scoreboard still reads green, with the broad-based S&P 500 up better than 5% since the beginning of the year.

Unfortunately, some stocks have been left in the dust. There’s usually a reason that a company underperforms the broader market, but it’s up to investors like you and I to determine whether these reasons are business-altering events or temporary obstacles. If the latter case is true, then bargains could abound among the stocks that have been left behind during the most recent rally.

Value stocks are of particular interest. The term “value stock” has no concrete definition, but I define this group of stocks as companies with market valuations that are substantially lower than those of the broader market and their industry peers. Traditionally, either the P/E ratio or PEG ratio is used to determine relative “cheapness,” with a single-digit P/E, or a PEG ratio around or below one, signaling a “value stock.”

If you’re on the lookout for deeply discounted value stocks this summer, then I’d suggest looking no further than the following four companies.

This has been a year when investors have hit the brakes on automakers, withFord Motor (NYSE:F) shares declining 13% year to date through Aug. 8.

The most recent downside catalyst for Ford was the release of its second-quarter earnings results, in which profits missed the mark. Although Ford’s revenue rose 6% year over year, the $0.52 in adjusted EPS it produced was down $0.02 per share from the year-ago quarter, and it fell $0.08 short of Wall Street’s expectations. Weakness in the U.S., specifically in car sales, led to the disappointment.

However, Ford is far from a broken company, even if its short-term share price chart is the stuff of nightmares. Although its recently released July sales data showed a 3% drop in domestic deliveries, truck sales improved by 4.8%, continuing their year-to-date outperformance. Looking at year-to-date deliveries, SUVs and trucks are up 7.4% and 11.4%, respectively, in the United States. Even with car sales down 8.9% year to date, Ford is still in great shape, as SUVs and trucks are higher-margin products.

Historically low lending rates are helping to fuel this surge in higher-margin sales. And given the recent slump in gas prices, consumers’ appetite for SUVs and trucks seems unlikely to dwindle anytime soon.

Ford has also done a great job hitting its marks in overseas markets. The company posted strong revenue growth in Europe, with wholesale volume in the region up 11% from the prior-year period, while vehicle deliveries in China are up 6% to more than 577,000 through the first half of 2016. Management has observed particularly strong sales of its Ford and Lincoln SUVs during the first half in China. If Ford can continue to branch out into new territories, then it can reduce its reliance on the fickle U.S. consumer and raise its revenue ceiling in faster-growing emerging markets.

Finally, Ford consistently earns top marks from consumers, with IHS Automotive once again crowning the company top in customer loyalty in 2016. Customer loyalty is critical in the highly competitive auto industry, as it can help forge an emotional attachment between consumers and the Ford brand, and that love for Ford can even be passed from one generation to the next.

Valued at just six times next year’s estimated earnings and paying out a 5% yield, Ford could be ready to go pedal to the metal for value investors.

Another deeply discounted value stock that investors would be wise to consider is networking solutions provider Juniper Networks (NYSE:JNPR).

But I’d counter that a few quarters of sluggish growth don’t cancel out the fact that Juniper is a well-run, highly profitable networking giant that could provide substantial rewards to investors over the long run.

One of Juniper’s biggest growth opportunities is in network security. As enterprise customers push into the cloud, their data needs are growing, and it’ll be up to networking solution providers like Juniper to step up. Juniper has been investing heavily in future security architecture with products designed to cater to enterprise and software-as-a-service cloud providers, as well as customers needing broad-area performance and security protection. Though security remains a relatively small contributor for Juniper, it has double-digit-percentage growth potential throughout the remainder of the decade, if not beyond.

Juniper Networks also stands to benefit from large telecom providers, which remain its bread-and-butter customers. For example, a report from SNS Research in late 2014 predicted that software-defined networking and networking functions virtualization investments from large telecom providers would reach $21 billion by 2020. Though Juniper is diversifying its revenue stream, it’ll still rely on Tier 1 telcos to drive its top and bottom lines.

Juniper is currently valued at just 10 times forward earnings, but more importantly, it’s trading at a PEG of just 0.9 and pays a 1.7% yield. Juniper appears to be a “secure” value stock to consider buying this summer.

If value investors are looking for deeply discounted stocks that could soon fly, then bare-bones airliner Allegiant Travel (NASDAQ:ALGT) is another name to consider.

Allegiant has had its wings clipped in 2016, with shares of the discount airliner nosediving 25% through Aug. 9. The biggest factor hurting Allegiant would be something that you might expect would be beneficial: lower crude oil prices. Weaker crude prices have sent jet fuel prices lower, which has allowed the airline sector to save on fuel costs. That’s bad news for Allegiant, which is facing tougher ticket-pricing competition from major airlines that suddenly have more operating cash flow to spare.

However, there’s no reason to believe oil prices will remain this low for the long term, so Allegiant’s current dip could be an exceptionally attractive buying opportunity.

The reason Allegiant has stood out for so many years is its unique approach to buying planes. Instead of buying the newest planes, Allegiant purchases planes secondhand at a discount. Although this can lead to higher fuel costs due to the lower fuel efficiency of an older fleet, it has also prevented Allegiant from burying itself in debt. In 2006, Allegiant was operating less than 30 aircraft. By the end of 2016, it’ll have 85 aircraft in the skies. More recently, though, it placed its first new plane order ($1.2 billion for 12 Airbus A320 jets). The move should help Allegiant cope when jet fuel costs start rising once more.

Allegiant’s no-frills pricing strategy also stands out as a long-term winner. Allegiant lures in cost-conscious consumers by offering an exceptionally low flight fare. Allegiant then makes up the difference by charging for “optional services,” which in many instances are extremely high-margin ancillary fees that go straight to its bottom line. Allegiant charges for carry-on bags, priority boarding, and even choosing to print your boarding pass out at the airport. In short, Allegiant puts the onus of efficiency on the passenger. This reduces the workload of its team members, reducing its costs and boosting its margins.

Express Scripts’ valuation is down 13% year to date through Aug. 9. Most of the decline can be traced to the beginning-of-the-year swoon in healthcare stocks. Healthcare had outperformed the broader market in recent years, but the start of the year brought with it a double-digit percentage drop in all three major U.S. indexes. Since healthcare stocks tend to be more volatile than the broader market, they bore the brunt of that blow to the market. Furthermore, politicians (particularly Hillary Clinton) have discussed reforming the prescription drug pricing process, which could directly impact drugmakers and PBMs like Express Scripts. 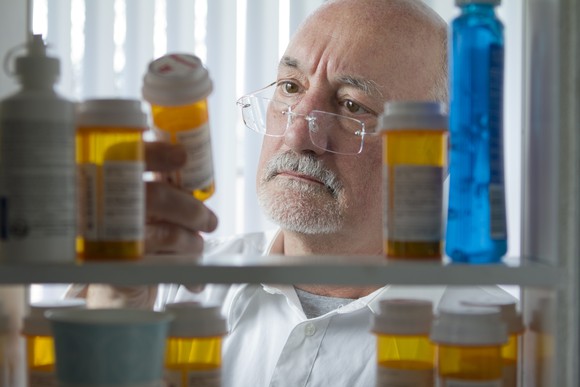 That’s the short-term bad news. The good news is there are plenty of reasons to buy and hold Express Scripts without too much worry.

One thing working in Express Scripts’ favor is the rapidly growing number of older Americans. According to the U.S. Census Bureau, the elderly American population will nearly double to 83.7 million between 2012 and 2050. Older Americans are more likely to need medication, implying that PBMs, which serve as the middlemen between pharmacies and drugmakers, will stay quite busy for decades to come.

Another plus for Express Scripts is that it often locks in its customers for the long term. For instance, in 2011, Express Scripts and Walgreen Boots Alliance parted ways, costing Walgreens billions of dollars as customers migrated to its competitors. Walgreens came back to Express Scripts just a year later, signing a long-term deal with the PBM. Express Scripts is also currently embroiled in a suit with Anthem over drug pricing, but I’d suggest that, if Walgreens has set any precedent, then a deal will likely be made prior to the expiration of their agreement in 2019.

Valued at only 11 times forward earnings, and trading at a PEG of less than 0.8, Express Scripts could be just what the doctor ordered for value investors.

10 stocks we like better than Ford
When investing geniuses David and Tom Gardner have a stock tip, it can pay to listen. After all, the newsletter they have run for over a decade, Motley Fool Stock Advisor, has nearly tripled the market.*

David and Tom just revealed what they believe are the ten best stocks for investors to buy right now… and Ford wasn’t one of them! That’s right — they think these 10 stocks are even better buys.

The Motley Fool owns shares of and recommends Express Scripts and Ford. It also recommends Anthem. Try any of our Foolish newsletter services free for 30 days. We Fools may not all hold the same opinions, but we all believe that considering a diverse range of insights makes us better investors. The Motley Fool has a disclosure policy.