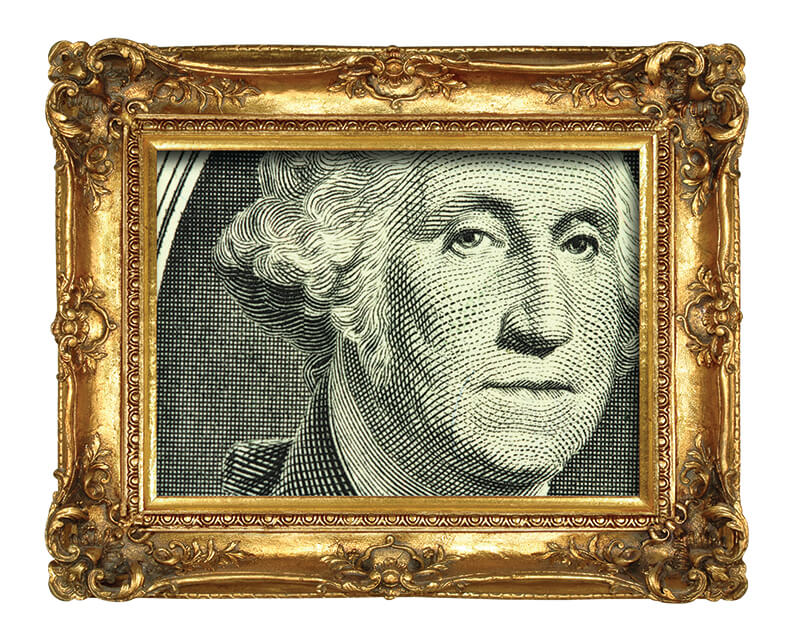 “We are seeing an expanding class of ultra-high-net-worth buyers who believe contemporary art is megacool,” says Adriano Picinati di Torcello, director and global art and finance coordinator at Deloitte’s Luxembourg office and co-author of the firm’s 2017 Art & Finance Report. “We live in an image world.”

His June 20 presentation was the culmination of “DBA … Doing Business As,” an exhibit showcasing the works of graduates from the Broward Cultural Division’s Artist as an Entrepreneur Institute. The four-weekend course assists artists of all disciplines by cultivating and advancing their business skills.

Picinati di Torcello’s report explores the increasing use of art as an investment and estate-planning tool. The study reflects the views of finance executives from 69 private banks, 27 family offices, 155 art professionals, and 107 art collectors surveyed from May through July 2017.

“Wealth managers used to never ask clients about art. It wasn’t factored into portfolios,” says Karen Boyer, principal at Elements in Play Fine Art Advisory, which has offices in New York and Miami. “[Collectors] could have $100 million of art on the wall and no one would ever know.”

She advises her clients to diversify when buying art, as investors do when buying stocks and bonds to minimize risk. “A lot of people got hurt by buying emerging artists, whose works are now worthless,” she says.

“Savvy art collectors know what they want and have the wealth to acquire it,” says Robert Grundel, gallery director at National Geographic Fine Art Galleries in Fort Lauderdale. Based on the success of his Las Olas location, Grundel plans to open a Miami location.

His clients don’t typically focus on art as an investment, but the work does revolve around exclusivity. “Every single piece in our collections increases in price based on dwindling supply of the respective edition size,” he says. “A good portion of all purchases goes toward the conservation and preservation of the animals and the earth. When collecting an NGFA work, it’s going towards an important initiative.”

Doug McCraw, one of Fort Lauderdale’s foremost arts advocates and the founder of the downtown cultural hub FATVillage, does not collect art to sell it at a higher price or live off it later in life. “To build value is a poor way to collect,” he says. “If somebody were building art as part of their portfolio, they’re going to need a very expert adviser, certainly if they are new to it. This is probably the largest unregulated business in the world.”

He owns pieces by late American sculptor Louise Nevelson, who paved the way for feminist artists; film maker John Waters, whose works explore gender, race and religion; and Thornton Dial, the late, self-taught artist whose works are on display as part of the Metropolitan Museum of Art’s “History Refused to Die” exhibit, named after one of his sculptures depicting slavery.

“The city of Fort Lauderdale has traditionally provided very limited support for FATVillage,” says McCraw, elected the 2017 “Downtowner of the Year” by the Fort Lauderdale Chamber of Commerce. “The city hasn’t realized its full potential, but there is a great opportunity to develop a robust public arts program. This would include artist live-work spaces, studios, art internships and residencies.”

In stark contrast, McCraw says, Miami city officials demonstrated a “big vision” when allocating funds for Art Basel in Miami Beach, now in its 16th year. In 2017, the festival gathered 200 of the world’s most-renown galleries, representing more than 4,000 artists. Sponsored by UBS, wealth advisers attend the fair to mingle with collectors.

Jodi Jeffreys-Tanner, who co-founded Las Olas Capital Advisors with her husband, Paul, says their three-year-old firm does not include art in their wealth management services. But like McCraw, the Tanners have their own way of supporting local artists by holding rotating exhibits at their offices. When deals are made at their receptions, artists get 100 percent of the sale.

Tanner, who also is chair of the Broward Cultural Council, welcomed the ArtServe crowd before Picinati di Torcello’s presentation. She was mostly interested in his ability to track the global art market. According to the report, the ultrawealthy owned $1.62 trillion in art and collectibles in 2016. Assets are expected to total $2.7 trillion in 2026.

“How do we get counted in that?” she asks. “I want our local artists to be part of the art economy.”♦