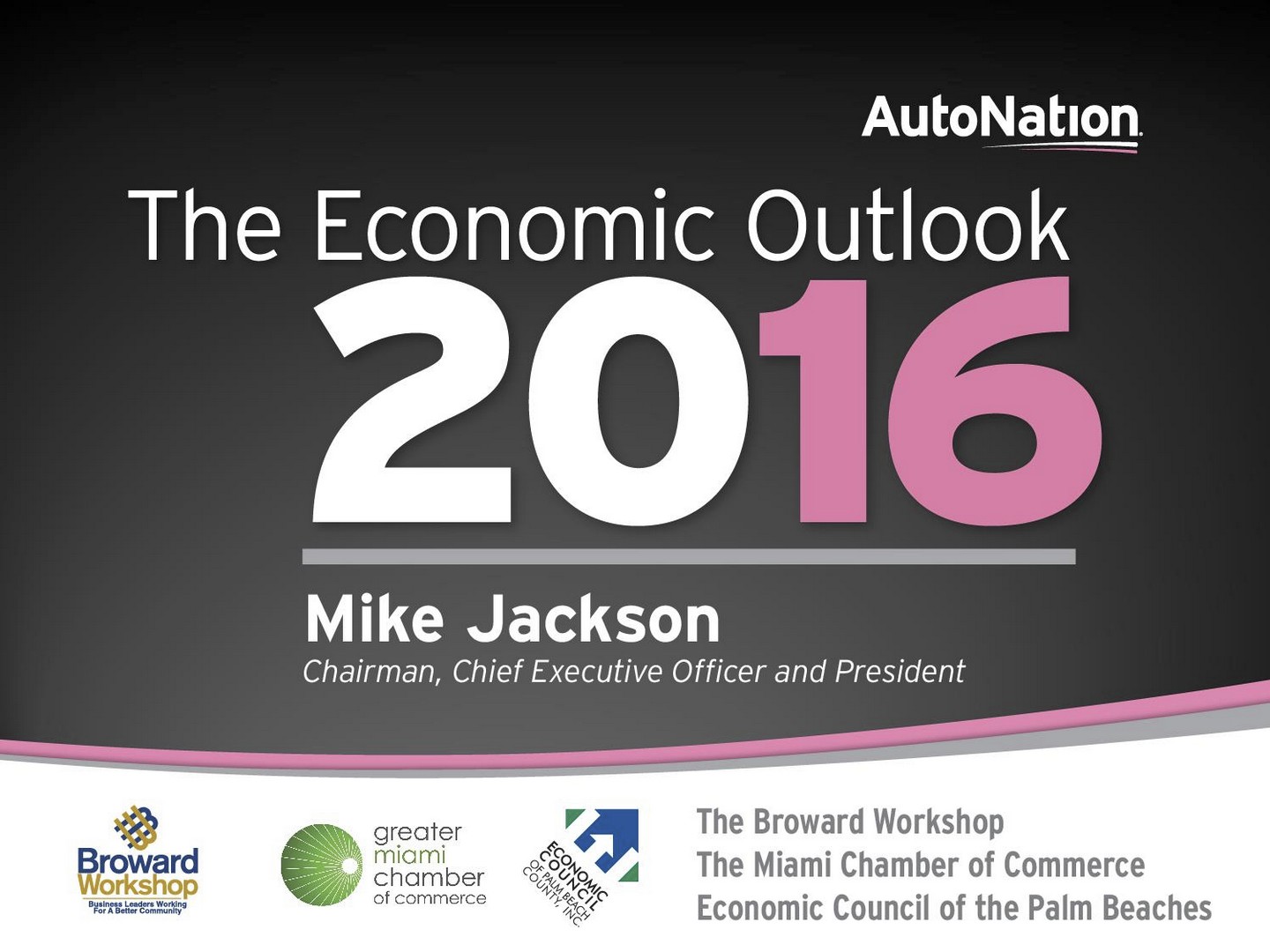 Presidential candidates are telling us plenty about Americans being unhappy, but AutoNation Chairman and CEO Mike Jackson has the charts to show how it has happened.

During a March 16 event sponsored by the Greater Miami Chamber of Commerce, Broward Workshop and Economic Development Council of the Palm Beaches Jackson talked about what has made America great and what has gone wrong.

Jackson has a lot of insight into the economy as the leader of AutoNation (NSYE: AN), which is the nation’s largest automotive retailers. He was one of the first business leaders to see the warnings signs of the Great Recession, which he talked about on national financial cable channels.