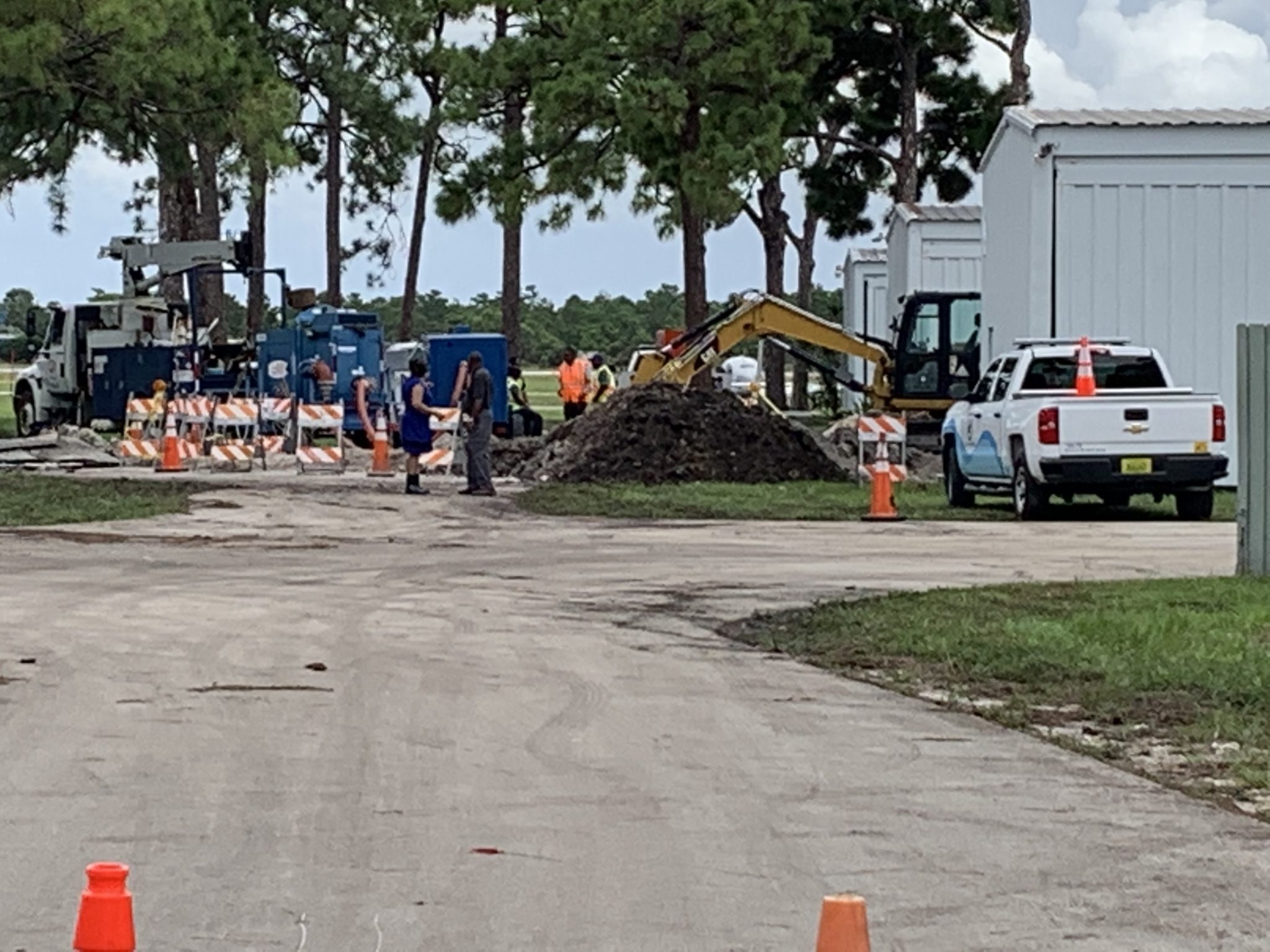 Business grinds to a halt after water break in Fort Lauderdale 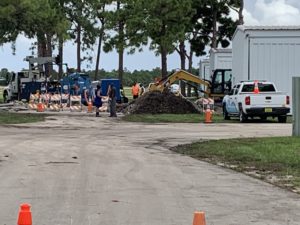 Businesses, restaurants and shopping centers around Fort Lauderdale were closing Thursday as taps dried up after a contractor damaged a 42-inch water main.

The damaged main connects the city’s wellfield near Fort Lauderdale Executive Airport with the Five Ash Water Treatment plant along Powerline Road where it runs underneath I-95. Without water from the wellfield, the treatment plant was shut down and the few water towers in the city weren’t enough to keep the water flowing.

One worker at an aviation business at the airport told the Sun-Sentinel that the main ruptured about 2 p.m.. on Wednesday and flooded a parking lot between hangars. When SFBW visit the site there was a report that a piece of pipe to fix the break was being brought up from Kendall. The city said water was expected to be off until at least Friday morning if not longer.

Mayor Dean Trantalis signed a state of local emergency and the city issued a boil water alert. The Broward Sheriff’s Office Fire Rescue department activated its emergency fire suppression plan for Port Everglades, which would use ocean water in case it needs to fight a fire. 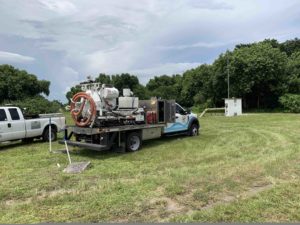 The lack of water led to widespread closing of businesses, including hotels on the city’s beach. Fort Lauderdale-Hollywood International Airport gets its water from Hollywood, so it was able to stay open.

In addition to not having water flowing from faucets and to flush toilets, safety was also an issue since there wasn’t water for fire sprinkler systems. The economic impact will undoubtedly range into the tens of millions of dollars.

Some commercial buildings and high-rise condos also use water-based cooling systems that were having to shut down since there was no new water to feed them as water evaporated.

The Breakthrough Wealth Summit at the Greater Fort Lauderdale/Broward County Convention Center was moved to the Diplomat Beach Resort in Hollywood.