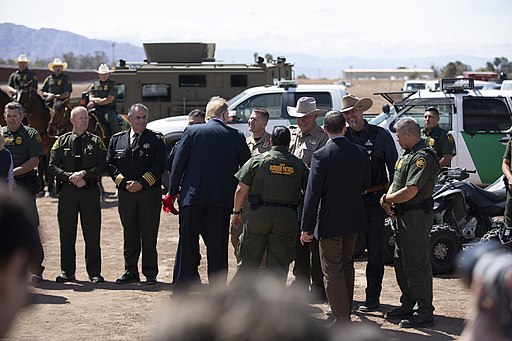 About those immigrants flooding into South Florida? Nevermind

Whether it was a trial balloon that popped or an administration that wasn’t coordinated, the latest word is there won’t be 500 immigrants a month arriving in South Florida.

“@realDonaldTrump and I spoke yesterday and confirmed that he did not approve, nor would approve, sending immigrants who illegally cross the border, to Florida. It is not going to happen,” Florida Gov. Ron DeSantis said in a tweet.

Apparently, the Border Patrol was considering the plan but it wasn’t cleared by the president. Another factor could be that Florida is a key state in the presidential sweepstakes and the administration backed away from the plan after an outcry.

Last week, a tweet by U.S. Sen. Marco Rubio said, “Unlawful arrivals are overwhelming our system. Now I have just been informed by #PalmBeach Sheriff that starting next week Border Patrol will begin transporting 500 migrants a month from border to #Broward & PalmBeach #Florida, & releasing them pending an asylum hearing .”

Broward County officials issued a statement saying hundreds of migrants are coming to Broward County and will be arriving without designated shelters or funding to house them, feed them, and keep them safe.

“This is a humanitarian crisis. We will do everything possible to help these people. If the President will not provide us with financial assistance to house and feed these people, he will be creating a homeless encampment,” Broward Mayor Mark Bogen said in the press release. He termed the plan an irresponsible policy.