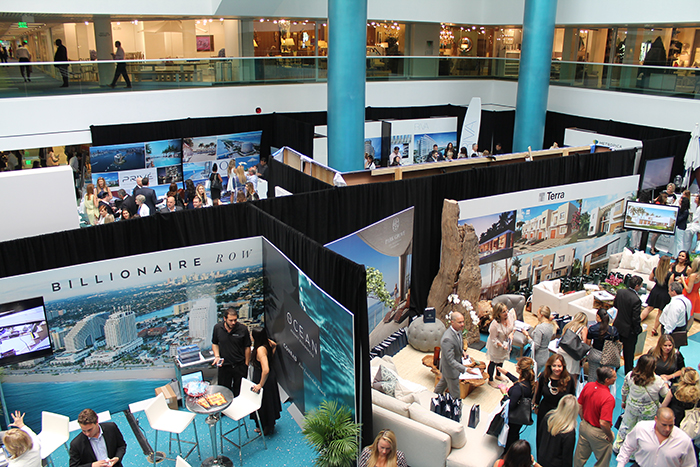 South Florida developers have long benefitted from Latin American investors; but now, Chinese investors are poised to jump in further, according to panelists at The Real Deal Broward Real Estate Forum & Showcase in Fort Lauderdale.

This was illustrated by a short video about OneWorld Properties President and CEO Peggy Fucci, who attended a luxury property showcase in Beijing to market the Paramount condo projects in Miami and Fort Lauderdale.

Typically, Chinese buyers have gravitated to the West Coast and New York City, but they are increasingly discovering South Florida.

They are drawn to Miami as place with culture, education and a vibrant business center, says The Real Deal’s publisher Amir Korangy, who moderated the panel discussion on foreign investment trends.

The Real Deal, a real estate news service that started in New York City and expanded into South Florida and other markets, is planning its first U.S. real estate show in China from September 10-12, 2015.

Korangy expects a 40 percent year-over-year increase by Chinese investors in U.S. real estate, rising to a total of $205 billion.

David Martin, president and owner of Terra Group, says that two issues need to be addressed to get more Chinese buyers:

The first is more direct flights from South Florida to China, like there are to New York and San Francisco. Martin says he thinks that will happen next year. (The director of the Miami-Dade Aviation Department says nonstop flights to Asia are a top priority.)

“We don’t really have a Chinatown in South Florida,” he says.

Philip Spiegelman, principal of International Sales Group, says foreign money is coming from all over Latin America and Mexico. Some of it continues to be propelled by political and economic issues, such as those in Brazil, Argentina and Venezuela.

Colombia and Mexico have been very strong sources of buyers, Martin says. A long-term trend is that more Latin American buyers are making South Florida their primary home, rather than just visiting or buying a second home.

Carlos Melo, principal of the Melo Group, says South Florida benefits from the stability of U.S. politics and the dollar, plus lower rates of crime compared with many countries.

“In the rest of the world, they do a new constitution every day. People feel safe when they arrive in Miami,” he says.

Dora Puig, broker and owner at Luxe Living Realty, says she is seeing 50 percent American buyers and a lot of Russian and Brazilian buyers at two new buildings she is marketing on Fisher Island.

Puig, who is also active on South Beach, recently sold a $35 million penthouse to a Russian who operates out of London. “You can’t take the large home out of the Russian, she says. “They buy big spaces.” Another boost: A lot of U.S. citizens are establishing residency in Florida because it doesn’t have a state income tax, she says. While New York has long been a source of buyers in South Beach, Puig says she’s getting a lot of traffic from the Chicago area, too.

How wealthy are some of the buyers? South Florida is often not just their second home, but their third, fourth or even fifth, she says.

Martin says Venezuelans and Colombians are continuing to move into Weston and make up about half the market.

He is building 125 estate homes on a former 120-acre golf course and finding a lot of interest from people who want a new home in an area that is largely composed of 16- to 17-year-old homes.

He’s about to launch sales on the 147-unit Residences at the W on Fort Lauderdale’s Beach, which is next to the W Hotel.

While ISG is long known for representing developers in Miami, Spiegelman says there is plenty of interest in Broward these days. “As Miami-Dade becomes more active, people start to look north, and Broward is the logical choice.” ?

David Martin, president and owner of Terra Group, founded in 2001, whose current projects include the Grove at Grand Bay and Park Grove

Philip Spiegelman, principal of International Sales Group, which has sold over $8 billion in new developments