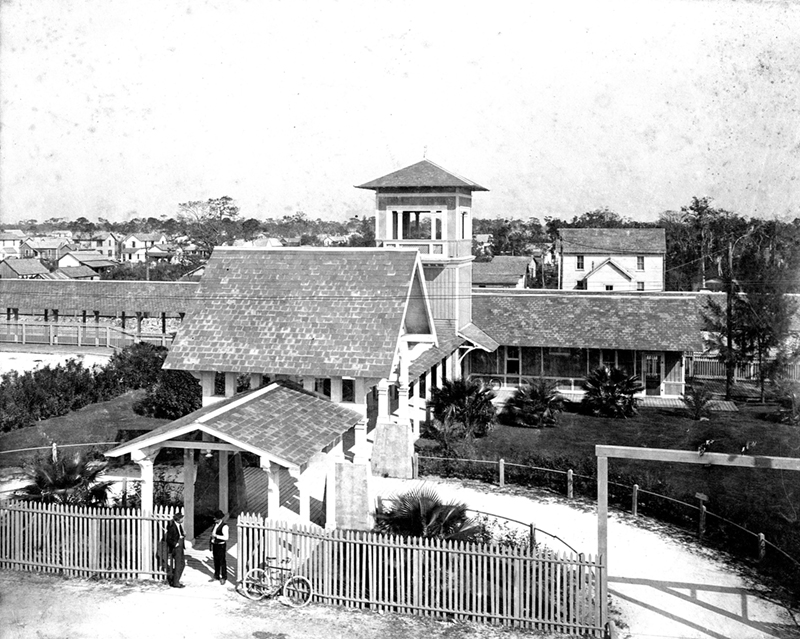 With a $9.9 billion budget, the Florida Department of Transportation employs thousands of professionals whose mission is keeping people flowing in and around Florida safely. In South Florida, officials spend millions of dollars a year keeping the system running. But before Interstate 95, the Port of Miami and Miami International Airport, South Florida had a railroad.

Near the end of the 1800s, Florida was uncharted territory waiting for someone with a keen eye for development and progress to shape it. It was devoid of people but full of promise. Florida’s potential for development, big business and tourism lured many developers to the turquoise waters we call home.

Visionaries from across America, but especially from the South, needed a new means of revenue after the Civil War changed the scope of business. In addition to the changing financial structures of the South, the once-booming industrial revolution grew stagnant. Developers needed a new conquest.

Cue Henry Plant, a development tycoon from Georgia. With a history of building railroads and managing steamboats, he looked to try his luck farther south. In 1882, Plant started constructing a system of railroads that eventually became part of the Atlantic Coast Line Railroad. These rails opened Florida’s west coast to tourists looking to escape the harsh northern winters, and Plant built six hotels in a little over a decade. This transformed Tampa from a small town into a flourishing city with a strong economy.

On the other side of the state, Henry Flagler was hard at work as well. Originally falling in love with St. Augustine after spending his honeymoon there, he returned to Florida with a vision that came to fruition in 1888 with the completion of the Ponce de Leon Hotel. With a beautiful hotel, Flagler decided to build a rail system that would lead to it. In 1894, he built a bridge over the St. John’s River to attract patrons.

After success in northeast Florida, the Great Freeze of 1894-95 made Flagler think about South Florida. He met with Miami developers Julia Tuttle and William Brickell, who offered enticements to bring the Flagler touch to Miami. In 1896, Biscayne Bay had its first rail station. That same year, residents of Miami voted to incorporate the city. In the years following, Flagler dredged canals, made streets and provided Miami with updated water and power systems.

Flagler’s final major project in Florida was the Key West extension. He hoped to connect the Florida Keys to the mainland, breaking ground in 1905 after the United States announced the Panama Canal. It wasn’t completed until 1912, thanks to three hurricanes, but it opened with fanfare. Flagler himself was on the inaugural trip from Miami to the Keys.

Transportation in Miami has developed beyond trains. With more than 271 million transit users in 2014, and 207 billion auto miles driven in 2015, transportation is a key part of Florida’s everyday operations— with rail, buses, seaports and more all making up South Florida’s interconnected transportation system.↵