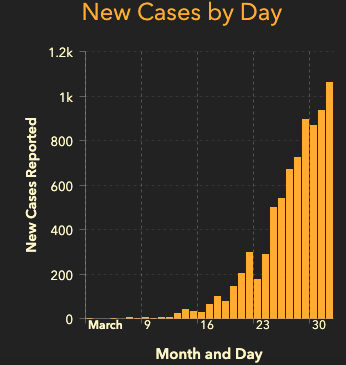 The order says all persons in Florida shall limit their movements and personal interactions outside of their home to only those necessary to obtain or provide essential services or conduct essential activities. 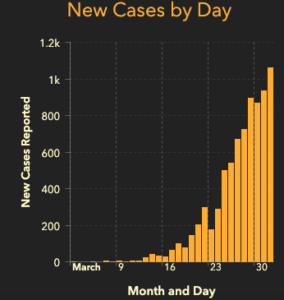 Cases in Florida jumped on April 1

The Florida Department of Health’s dashboard on Thursday morning reported reported 8,010 cases in the state and 128 deaths.

Palm Beach County, however, has 22 deaths compared with 17 in Broward and seven in Miami-Dade.

The governor’s statewide order came just a day after he once again expressing reluctance despite being urged to do so by Democratic legislators, newspaper editorial boards and pandemic experts. On Monday, the governor initially said he wanted a stay-at-home order in South Florida through mid-May, but later said he misspoke and meant mid-April.

“It makes sense to make this move now,” DeSantis said on Wednesday, adding that he had talked with President Donald Trump. The list of essential services will follow guidelines set by the Department of Homeland Security and be similar to those ordered in Miami-Dade County.

Newsweek noted that Florida had been the only state with more than 5,000 confirmed cases of coronavirus that had not issued a statewide stay-at-home order.

A University of Washington researcher cited by the White House expects COVID-19 deaths in Florida to peak at around 136 deaths per day in the first week of May, SFBW reported on Tuesday. That was predicated on “continued and uninterrupted vigilance by the general public, hospital and health workers, and government agencies.”