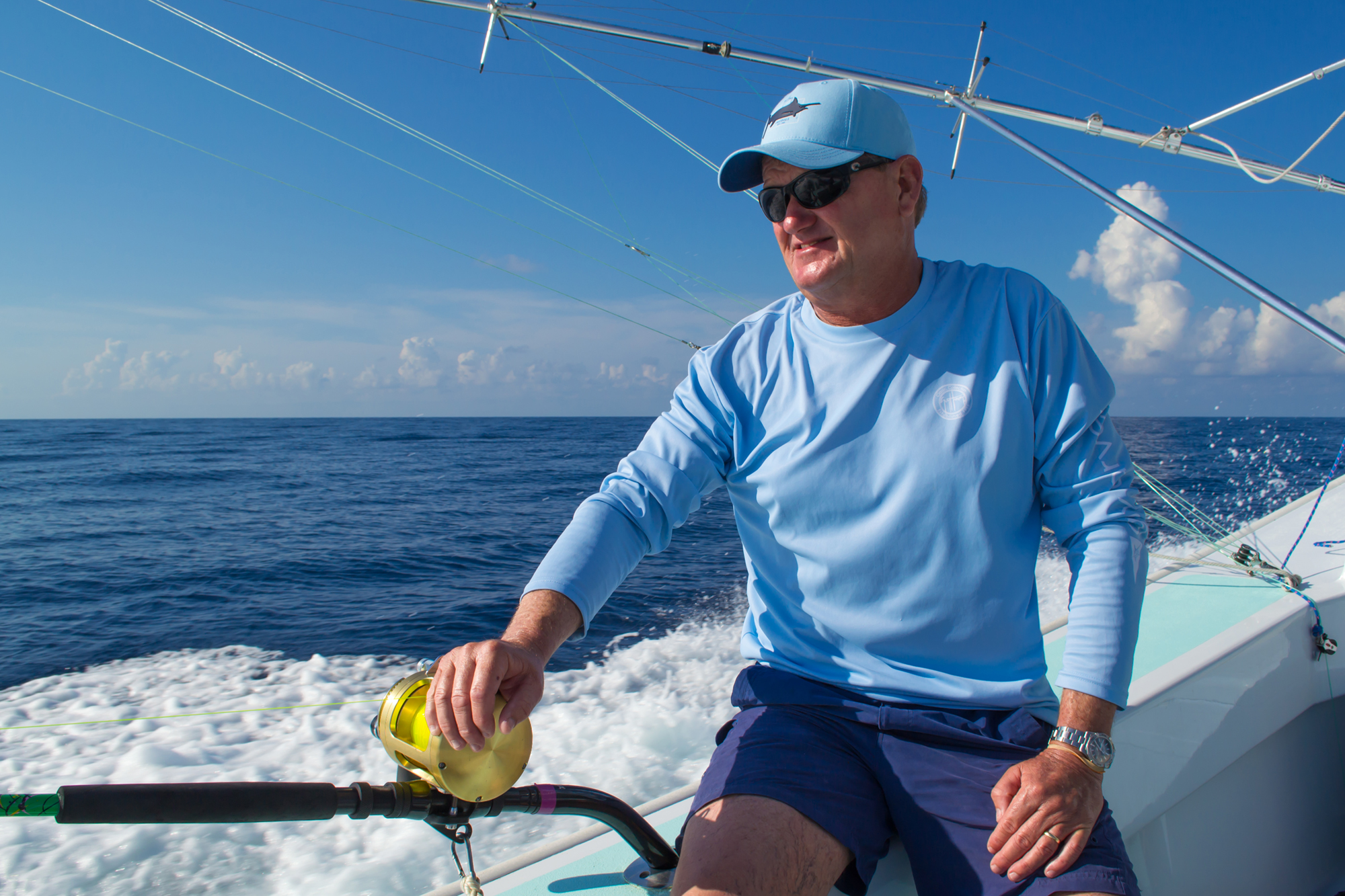 South Florida’s winter residents, migratory warblers and geese are not the only snowbirds around. Mako sharks swim thousands of miles to spend their winters in shallow waters near the coral reefs in the Bahamas. Come summertime, these same sharks swim to the cooler, deeper waters of the Atlantic.

Researchers with the Guy Harvey Ocean Foundation have studied and tagged many sharks and other deep-sea, or pelagic, fish to learn more about them. The foundation’s major goal is conservation of big pelagic fish, says foundation executive director Greg Jacoski. “We use satellite tracking and tagging to see where they’re traveling. It lets us know where they’re going. People can follow the sharks in real time.”

Jacoski says the foundation supports educational programs aimed at conserving the marine environment. As a result of the foundation’s research, the Bahamian government has designated its waters as a shark migration area, making it illegal to kill them.

Foundation officials visit local schools and universities to lecture about the importance of marine conservation. “We run a program we call ‘Shark Talk,’ ” Jacoski says. “We will come to schools and do a quick presentation. We also produce films while we’re out on the ocean.”

The foundation donates millions of dollars to Florida universities to fund continued research into better understanding the ocean ecosystem. “We’ve partnered with pretty much all the schools in the state of Florida,” Jacoski says.

The organization is primarily funded by the sale of Guy Harvey products. “We do a little bit of fundraising, and we have some corporate sponsors,” Jacoski says.

Harvey is both a renowned marine wildlife artist as well as a conservationist who depicts mainly pelagic creatures with his art. He established the Guy Harvey Research Institute at Nova Southeastern University.