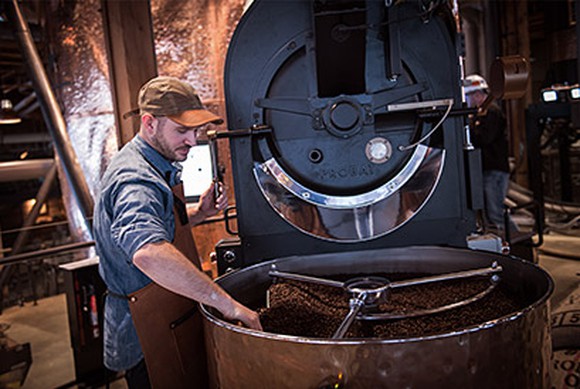 Howard Schultz Is Calling for Doomsday in Retail. Here’s What It Means for Starbucks and Everyone Else

The Starbucks chief predicts dark days for brick-and-mortar retailers. Can the big chains do anything to reverse the trend?

“We’re going to see a very major downturn in the fact that the country is over-retailed in lots of categories. We’re going to see significant, major brands — as we’ve seen already — not open many stores as they have in the past and it’s the beginning of lots of companies announcing store closures.”

It’s a stark prediction, and one that deserves to be taken seriously. Schultz, after all, is a man who guided his company from a handful of stores in the 1980s to the global giant it is today, pioneering the U.S. coffeehouse industry along the way. Arguably no other entrepreneur has a better understanding of the retail climate, nor a better intuition for where it’s headed.

This isn’t the first time Schultz has made such a declaration. As early as 2013, he began saying American retail was “overstored,” and that brick-and-mortar chains would suffer. That view inspired Schultz and Starbucks to aggressively pursue mobile technology. It now receives 21% of its payments through its app, and its Mobile Order & Pay platform has also become increasingly popular. Together with its rewards program, the mobile features have given the chain a powerful competitive advantage, and are a key part of what Starbucks refers to as its digital flywheel. No other restaurant or retailer has achieved close to the kind of mobile penetration that Starbucks has.

Schultz’s expectation of an upcoming downturn in retail explains why he tapped Kevin Johnson, a former Microsoft exec and Juniper Networks CEO, to replace him as CEO; Johnson’s tech background should allow him to guide the company’s strategy in leveraging technology to enhance its brand.

Seemingly contradictory to Schultz’s retail predictions are the company’s plans to open 12,000 stores over the next five years, but the company is increasingly focused on making its stores gathering places in a play to counteract the decline in retail traffic. That’s part of why Schultz is leaving the CEO post to focus on the company’s new Reserve chain of stores, a higher-end brand based on the Starbucks Reserve Roastery that will sell specialty coffees and upscale food. As a restaurant chain, Starbucks has advantages over traditional retailers — consumers have leave their house to enjoy a drink like a Frappuccino unless they make one themselves. However, declining retail traffic could take away many of its “pop-in” customers, which is why the company is focused on making itself more of a destination for customers.

What’s a retailer to do?

The results of traditional retailers like Macy’s (NYSE:M) make it clear that there’s a downturn in mall-based chains and traditional department stores. Macy’s comparable-store sales have fallen for seven straight quarters, and the company has turned to selling off real estate and consolidating as a way of keeping profits up.

That may be a wise financial strategy, but it won’t do anything to boost sales.

Like Starbucks, other retailers are focused on driving through experiences. Urban Outfitters (NASDAQ:URBN) acquired a pizzeria chain last year as part of a plan to build complexes that feature a variety of its stores — it also owns Anthropologie and Free People — restaurants, and event spaces for concerts and the like.

Mall owners like General Growth Properties (NYSE:GGP) have found success by targeting experience-based tenants like gyms, restaurants, movie theaters, amusement-based companies like Dave & Buster’s, and even grocery stores. Few malls are being built these days, a point that makes space in existing malls more desirable. Despite those moves, traffic in malls is declining, having fallen every month this year between 1.7% and 8.7%.

E-commerce sales are growing by about 15% a year, while brick-and-mortar categories in direct competition with online channels are mostly seeing sales decline. Amazon.com has seen North American retail sales jump 27% thus far this year, taking market share from traditional retailers. This Thanksgiving weekend marked the first time when more shoppers made purchases on their phones than in stores.

Starbucks has delivered more than 20 straight quarters of comparable sales increases of 4% or more in the U.S., a streak virtually unmatched. If even the coffee giant sees an upheaval in brick-and-mortar, then it’s likely to be much worse for chains unable to offer an “experience” like Starbucks does. Expect sales at retail staples like Macy’s to continue to fall as more shoppers move online.

10 stocks we like better than Starbucks
When investing geniuses David and Tom Gardner have a stock tip, it can pay to listen. After all, the newsletter they have run for over a decade, Motley Fool Stock Advisor, has tripled the market.*