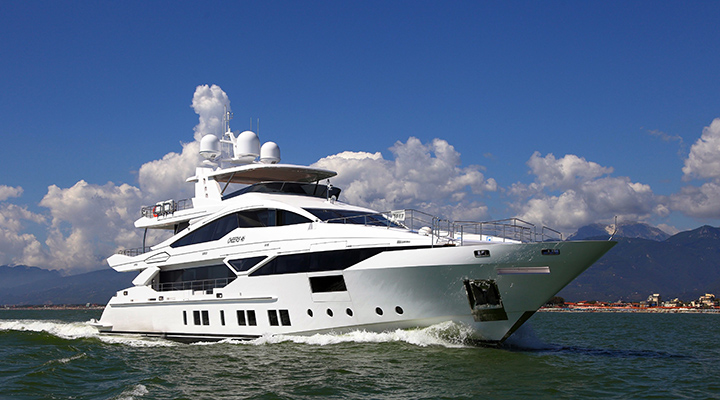 The Fort Lauderdale International Boat Show will be full of glitz, glamor and mega yachts – plus more modest craft for those of us who just want to go fish. However, the show also symbolizes Fort Lauderdale’s role as “the Venice of the Americas” and the national epicenter for the marine industry.

The show alone is estimated to have a $500 million impact, David Coddington, vice president of the Greater Fort Lauderdale Alliance, said during a Marine Industries Association of South Florida panel discussion. Association statistics indicate the economic impact of the marine industry approaches $9 billion a year in South Florida.

The area faces competing economic interests, through. Development has taken away space for some shipyards and there are worries that bridge openings on the New River will increase with the new All Aboard Florida high-speed service from Miami to Orlando.

There’s a need for dredging of the Intracoastal water to accommodate yachts with deep drafts. Marine industry leaders worry that the public thinks it’s all about the well-to-do enjoying the good life, when the bigger issue is generating jobs.

There are an estimated 150,000 jobs supported in Broward County alone, starting with manufacturers, repair yards and then all the satellite businesses, ranging from food and beverage suppliers, to electronics companies and businesses that train crews. Even the Publix near Port Everglades does a booming business connected to the marine industry.

Among the positives, Coddington talked about a new crane at Derecktor Shipyards in Dania Beach that can handle 200-foot yachts, which has taken the market up another notch in capability.

Yachts are like floating corporations and can go anywhere in the world, he said. The area is home to the largest concentration of marine-related businesses in the world and customers want to come here, said James Brewer, director of sales and marketing at Derecktor. That’s why the company invested $6 million two years ago to double capacity.

One issue in the region is a shortage of dock space for mega yachts, said Dean du Toit, founder of National Marine Provisions. It has 145 employees that help with logistics, engineering, interiors, medical supplies and an array of provisions that can be supplied globally. He joked that a 70-foot yacht used to be a super yacht, but now it could be a tender for the biggest yachts.

Du Toit was recently involved in 31 new ship builds in Europe and every one of them are over 200 feet and some are even 600 feet. When a 200-foot yacht undergoes a $100,000 to $10 million refit, it involves an array of contractors, he noted. More capacity is needed to handle the big yachts, Brewer said. “We are all turning boats away on a consistent basis.”