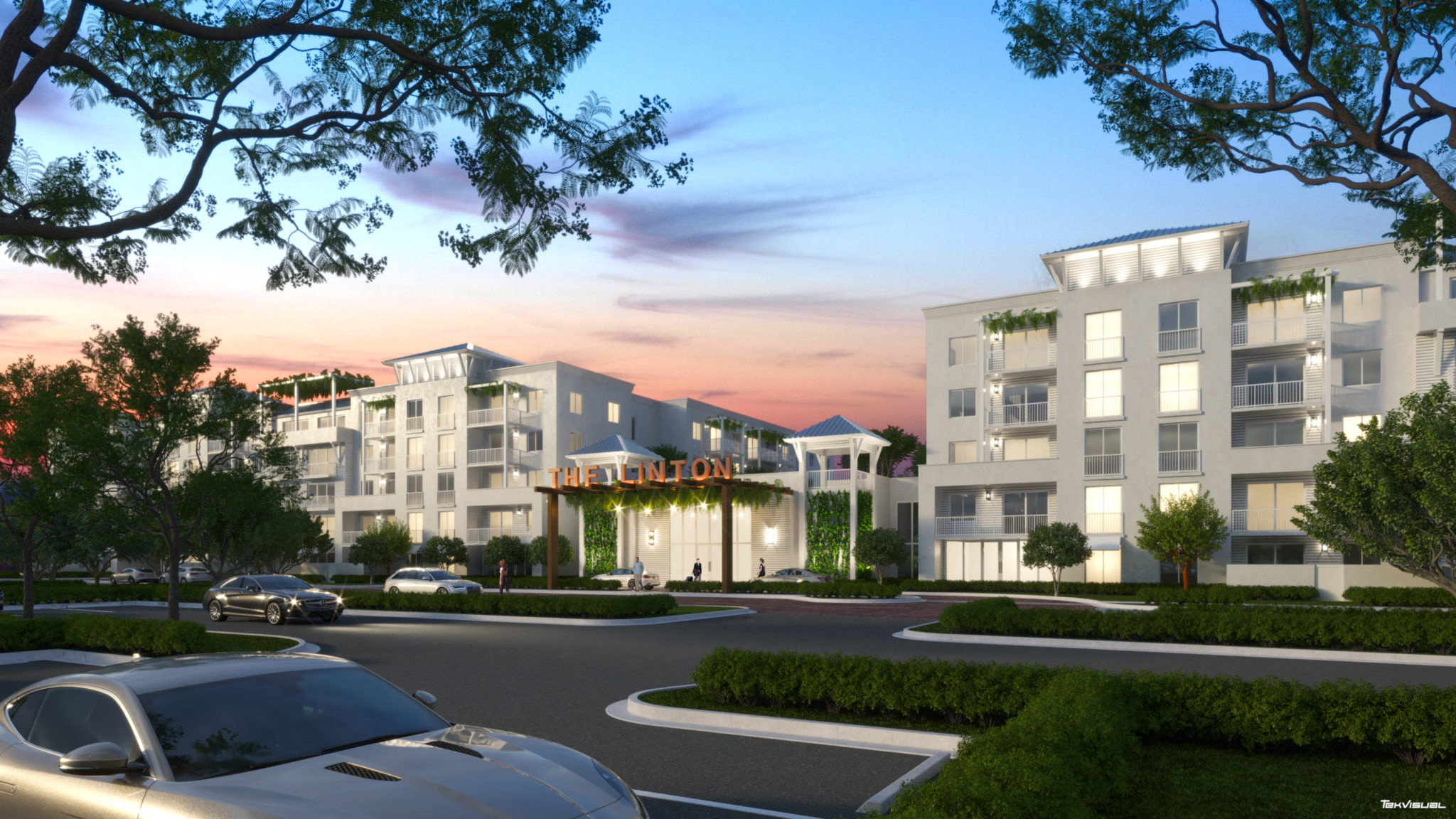 Menin plans The Linton at Delray

Menin Development has ideas for the future of Delray Beach and they’re starting to come true.

The Real Deal reports that the Delray Beach-company recently won initial approval to develop its shopping center into The Linton, a proposed mixed-income apartment complex at 510 West Linton Boulevard 100. The 78,399-square-foot building would become a five-story 277-unit apartment.

The shopping center, Linton Commons, which Menin purchased in 2016 for $33 million, currently has a Guitar Center and a PetSmart. The former filed for bankruptcy late last year and the latter has been paying reduced rent since the closing of Orchard Supply Hardware. Linton Commons’ PNC Bank, AT&T, Cream and Chipotle would be left intact by the development.

The Delray commissioners approved zoning rule changes to increased builting height from 48 feet to 60 feet, which the company says allows for architectual features on the roof. The company also plans for units to have ceiling heights of 9 to 10 feet.

The Linton would include a third-story amenity deck on top of a 494-space garage with a gym, clubhouse, cabanas, swimming pool and spa. It’s designed by Richard Jones Architecture. The building would feature studios as well as one-, two- and three-bedroom units, 20% of which will be offered at below-market rates for tenants with incomes that are 20 to 120% of the area’s media income.

“Delray has a significant housing shortage, and with 98% of the city already built out, underutilized properties need to be redeveloped as residential,” Menin president and general counsel Jordana Jarjura told SFBW. “This location [for The Linton] is perfect for residential given its proximity to I-95, the Downtown, mass transit and the heavily saturated commercial corridor surrounding it. Menin is focused on providing high-quality, sustainable development projects that enhance the city’s current landscape to meets its present and future needs.”