Phase one in Palm Beach County to start on Monday

That leaves Miami-Dade and Broward counties as the only two in the state that haven’t scheduled a start for phase one. Miami-Dade Mayor Carlos Gimenez said he plans to let some businesses open May 18, including restaurants, but details were still to come, the Miami Herald reported.

All three counties have seen drops in documented new cases and emergency room visits for flu and COVID-19 like symptoms.

A state website that breaks down key health metrics by county appeared to be malfunctioning when SFBW checked several times on Friday since it didn’t change from statewide data when a pulldown menu for counties was used.

Earlier in the week, SFBW reported that Miami-Dade has fallen from about 20 percent of COVID-19 tests being positive to 7.91 percent, according to the latest state figures. Broward was at 5.71 percent. Palm Beach was at 6.6 percent. The target is 5.0 percent and the statewide figure is 5.77. 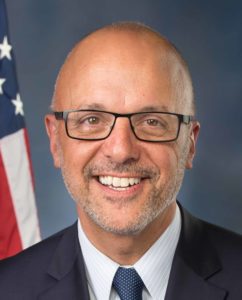 The office of U.S. Rep. Ted Deutch (D-Boca Raton) sent out an email after the governor’s press conference, saying Deutch had asked Dr. Alina Alonso, the Florida Department of Health director in Palm Beach County to offer her position on the county’s readiness to reopen.

“As of this writing, I have not seen a plan that details Palm Beach County’s readiness to detect new infections quickly, trace and isolate all contacts of newly confirmed cases, and prevent renewed outbreaks and continued community spread of the virus. Yet, today, Florida Governor Ron DeSantis announced that he would end the County’s exemption from Executive Order 20 112 and allow Palm Beach County to begin phase one of reopening on Monday, May 11, 2020,” the email says.

Deutch said, “I am committed to meeting the economic challenges of this crisis, and I want to reopen our economy and society as soon as possible. But unless we have the public health tools and strategies in place to keep Floridians safe, I am deeply concerned about the risk of renewed outbreaks that will cost more Palm Beach County residents their lives and only deepen the economic pain endured by workers and business owners.”